The Curator of Schlock #92 by Jeff Shuster

To The Devil…A Daughter

(Seriously, what’s with the ellipses?) 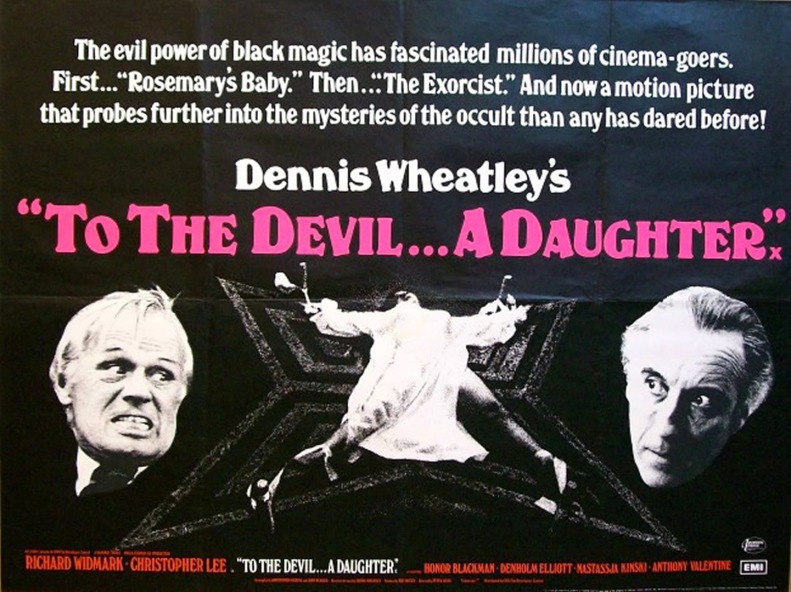 We continue on with Satan Month here at the Museum of Schlock. I think last week’s movie was a bit of a rip-off since there weren’t any actual Satanists in it. There was a dwarf named Hercules who might have been a Satanist, but this can neither be confirmed, nor denied. I need people dressed in cloaks sacrificing high school kids in the woods. We don’t exactly get that in today’s movie, but it’s a whole lot of weird, and it stars Christopher Lee, so it has that going for it.

The trailer for 1976’s To the Devil…A Daughter promises a film in the same league as Rosemary’s Baby and The Exorcist. Well, it’s got Satanists like Rosemary’s Baby had, except this group aren’t a bunch of old fogies that make chalky chocolate mousse and go on and on about the health benefits of tannis root. 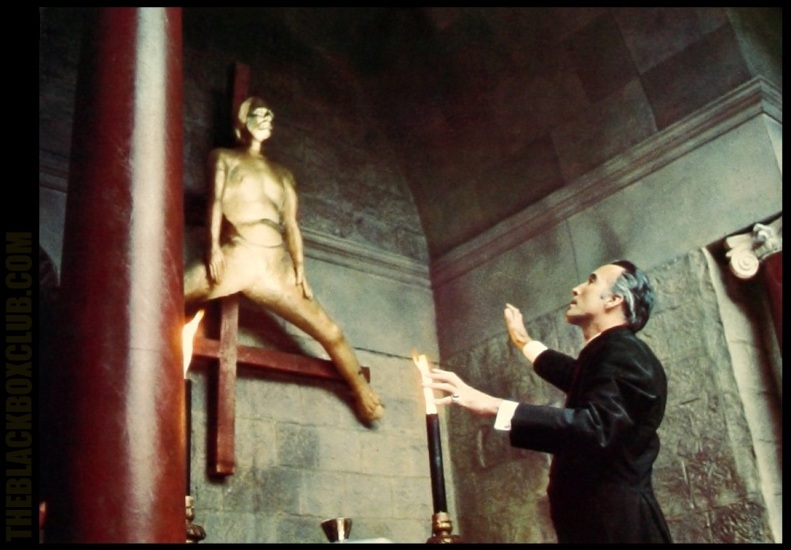 Anyway, Christopher Lee plays a priest named Father Michael Rayner who isn’t down with the fact that the Catholic Church is against worshipping and summoning demons. Father Rayner starts his own secret, Satanic church that I guess is disguised as a Catholic church. Maybe the Satanic church is in the basement? 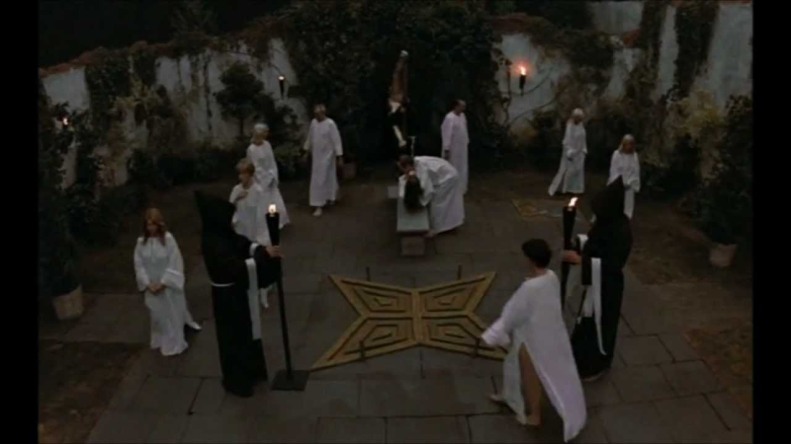 I saw some nuns, but I think they were Satanists posing as nuns. 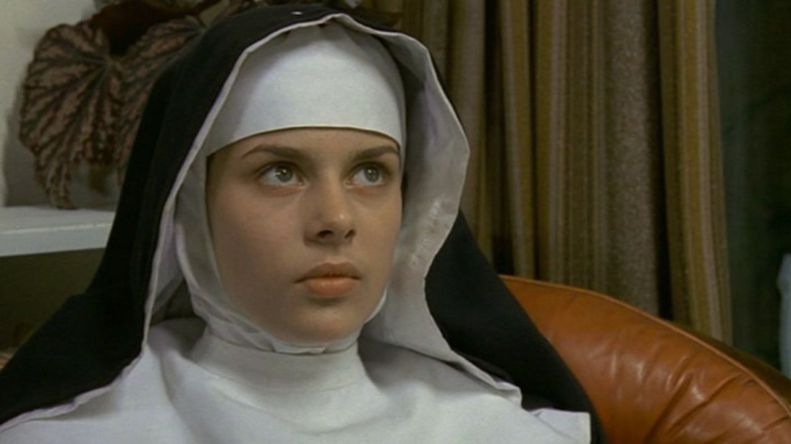 Nastassja Kinski plays a young girl named Catherine Beddows who dresses like a nun, but she’s not a nun because she was raised by Father Rayner’s group of devil worshippers. I think they sacrificed her mother on an altar while she was being born and then baptized Catherine in her mother’s blood. Then the ghost of Catherine’s mother shows up and forces Catherine’s father into a Satanic pact. Her father is played by Denholm Elliott, the dude that played Marcus Brody in the Indiana Jones flicks.

I think Catherine’s father arranges for Catherine to be kidnapped by John Verney (Richard Widmark), a writer of best selling books on the occult. Father Rayner oversees the pregnancy of another Satanist who is pregnant with a devil baby. 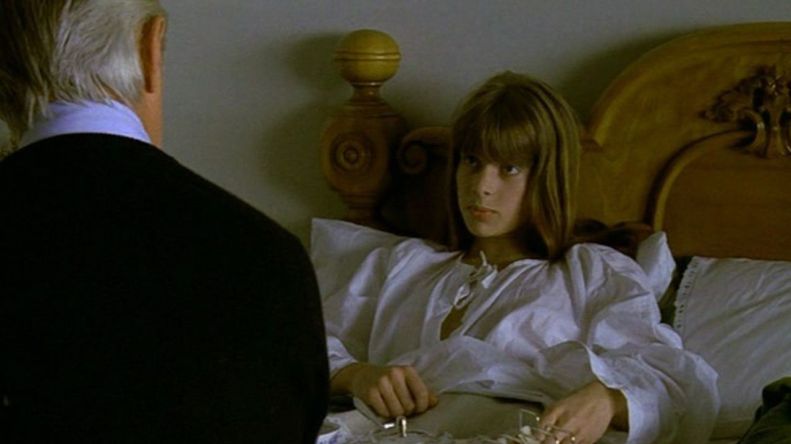 After a very, very, very uncomfortable birthing scene that results in the death of the mother, I think it’s revealed that the baby is some sort of monster, the living embodiment of a devil named Astaroth…I don’t know who Astaroth is. According to Wikipedia, he’s a crowned prince of hell. I guess that means there are other crowned princes of hell. They didn’t teach this stuff in Catholic School!

Anyway, I think Father Rayner wants to perform a “reverse baptism” to get Astaroth to take over the body of Catherine and become Astaroth on Earth. Movies shouldn’t make me think this much. This is Memento all over again! But check it out if you want to see Christopher Lee as a scary Satanic priest! 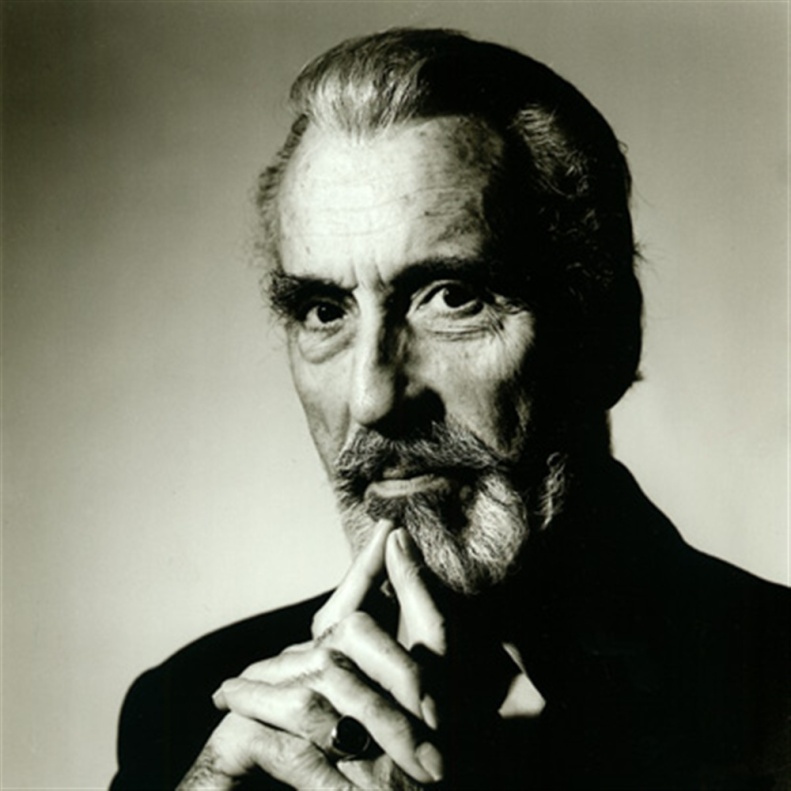 It’s at this time that I’d like to say a few words on the passing of Christopher Lee, but what can I say. The phrase “the man, the myth, and the legend” doesn’t even begin to do his legacy justice. I grew up with him as Dracula in those wonderful Hammer films and continued to see him shatter my expectations in his performances in such movies as Sleepy Hollow and The Lord of the Rings trilogy. I’ll say farewell by quoting my favorite Irish toast:

May your glass be ever full.

May the roof over your head be always strong.

And may you be in heaven

half an hour before the devil knows you’re dead.

3 thoughts on “The Curator of Schlock #92: To The Devil…A Daughter”