I am not fond of color-blind casting, wherein a director expects an audience to ignore the races of a production’s actors and imagine the story happening in a sort of bizarrely post-racial context that did not exist in the real world in Shakespeare’s original settings.

At the same time, the sense that Shakespeare’s characters, that the conflicts of the human condition, are of profound relevance to a wide expanse of peoples, genders, ages, and times means that to imagine Shakespeare’s world as an especially white one, as a gender-normative one, is also too limited. This is a thorny problem that any production must face.

The usual ways of matching a cast to racially different roles is to set the play in a more modern time, or to offer at least a plausible logic for the casting choices (siblings sharing a race, for example).

Gregory Doran’s 2012 Royal Shakespeare Company film sets Julius Caesar in a modern African country, with an all-black cast. Whichever country this Rome is meant to signify is unclear. The analogies to Zimbabwe, Uganda, Congo, or others seem relevant, yet I also cannot help but think of South Africa, not for its sense of the body politic struggling with the tyrannical impulses of a leader, but for the passionate sense that one’s country is something that is struggling in being made.

I don’t especially like Caesar as a play, because I don’t care about ancient Rome, and the sense of the tragedy tends to fall flat on me. If we don’t believe that Brutus truly loves Caesar, but loves Rome more, then the assassination of Caesar is mere butchery. That these conspirators work themselves up into such a rage is not that different than hyperventilating wealthy conservatives watching Fox News who dream their country is being ripped away from them. The actors have to persuade me that these characters live in a world in which their political philosophies define not only their culture, but their very identities. Cassius in particular either seems like a petulant, entitled boob or else like a remarkably shrewd man. Brutus usually comes off as just fatally foolish. Even great actors can struggle to make the flaws of these characters tolerable. 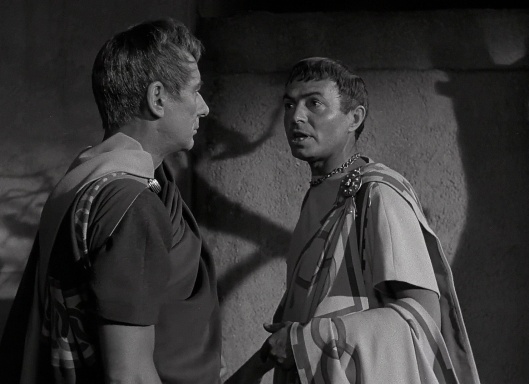 The acting, directing, and setting of this Julius Caesar makes the play seem so immediate. The actors, all of them, are compelling to watch. The speeches are performed with an African accent tempered with a Shakespearean delivery. The language reflects not rhetoric, but rather the communication between these actors, whose listening and watching makes this Rome feel especially full and real.

Cyril Nri is a delightful Cassius, and Paterson Joseph makes a noble Brutus. The best Shakespearean plays make us worry about all of the characters, and this version of Caesar offers an unparalleled cast. The giddiness, fear, and revulsion of this assassination all come through. Joseph also makes Brutus’s chasing of honor, in the time of civil war, brilliant. 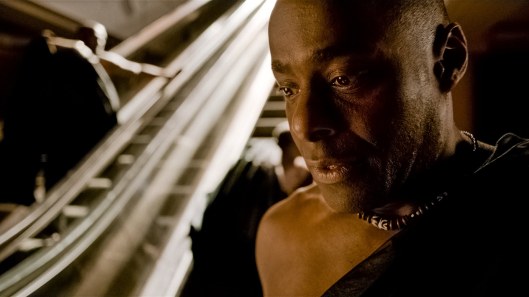 Perhaps the change of setting has made a tremendous difference, or perhaps this cast, having first mastered its performances on the stage, brought an astoundingly great performance to film. When removed from the stage, sometimes such films lack the verve of whatever occurred before a live audience, but this Caesar is not only the best film of Caesar I’ve seen–this Caesar is among the best Shakespeare films ever made.