The Curator of Schlock #215 by Jeff Shuster

Time to even the playing field.

We’re down two-for-two when it comes to witches with our last two movies. It’s time we started fighting back. 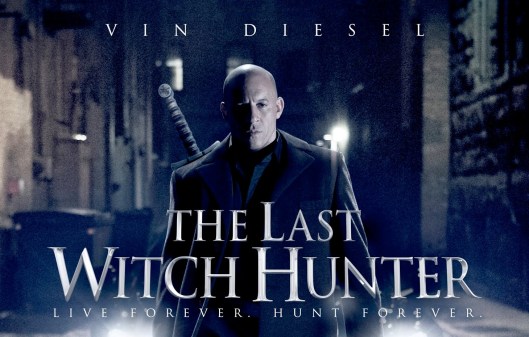 The movie begins in medieval times with a bunch of knights hunting for some evil entity called the Witch Queen. Apparently, she wants to spread a deadly plague across Europe because she hates what men are doing to the world with their stone castles and what not.

And let me tell you, this witch is a hag. 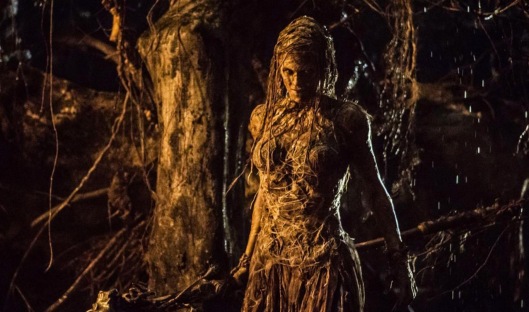 And she’s got a coven of witches and/or goblins working for her.

They make short work of these knights with their evil magic. She makes locusts erupt out of one poor sap. But one knight perseveres: Kaulder (Vin Diesel). He drives a fiery iron sword through her heart, but not before she curses him with immortality.

Ummmmm. That doesn’t sound like much of a curse to me.

I guess his wife and daughter were killed and he wanted to join them in the afterlife. Alas, he now has to wander the Earth forever.

Fast forward to modern time and it seems that a truce has been struck with witches. They can practice magic as long as they don’t use it against humans. Witches are apparently not human. Who knew? An organization called The Order of the Axe and Cross operates out of the Vatican ,in case any witch hunting is needed. And guess who is the top witch hunter? That’s right. It’s Kaulder. The Church provides priests with the title of Dolans. They serve as assistants to Kaulder…or are they supervisors…or partners? 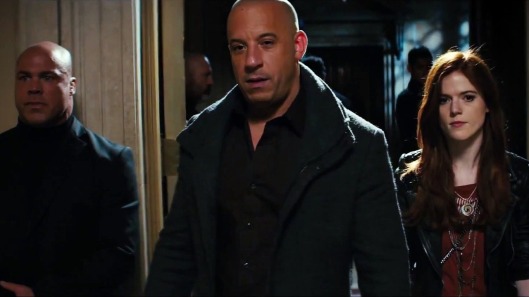 The Last Witch Hunter is definitely a movie, is my thesis, I guess.

Michael Caine’s character gets cursed by witchcraft and if Kaulder doesn’t get to the bottom of this, Michael Caine, the 36th Dolan, will die. Kaulder and the 37th Dolan, Elijah Wood, find a witch practicing illegal magic, turn him in to some kind of witch council that concludes this witch was working alone. Not satisfied, Kaulder teams up with a witch named Chloe (Rose Leslie), a double cross is revealed, and a defeated enemy blah, blah, blah.

This imaginative world has too many rules I have to learn, and I have a headache.

3 thoughts on “The Curator of Schlock #215: The Last Witch Hunter”