In Boozo Veritas #31 by Teege Braune

Just a Dab Will Do Ya

What would On the Road be if Jack Kerouac had never met the philandering, bisexual, petty thug madman Neal Cassady? The story of Sal Paradise, a drifting, directionless writer who wanders back and forth across the United States not getting into adventures. Let’s face it, Cassady’s, or rather Dean Moriarty’s, insane, self-destructive and often immoral or possibly amoral antics are the salt and pepper of what is otherwise a dry and unwieldy novel.

Hunter S. Thompson was a man no doubt capable of wreaking his own havoc, and yet it seems there was a level of lunacy below which he could not dive on his own. “It was never weird enough for me,” Thompson had famously said. His friend, attorney and drug addict Oscar Zeta Acosta, seemed to get him one step closer to the threshold. I can’t imagine Fear and Loathing in Las Vegas without Acosta, that is Dr. Gonzo, continually getting Thompson, that is Dr. Duke, into and out of trouble. Instead of a cocaine and LSD fueled blitzkrieg on the city of sin, we’d have what? An account of the 1970 Mint 400 motorcycle race? Possibly interesting in its own right, but unlikely to have been as monumental. 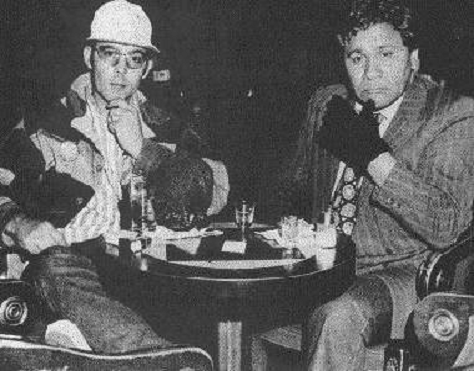 Perhaps these relationships have their spiritual origins in Dante whose trip through hell was goaded by Virgil, the two of them buddying up as they descended. As the labor of crafting a story, whether imagined or “true,” requires much careful consideration, even when the intention is to appear sudden and spontaneous, writers tend to be more left-brained and guided by reason than they often wish to admit. The armor of our cultivated personas has a chink. When we aren’t the weirdest person in the room, we are drawn to he or she who is like flies to carrion. Bromance, platonic muse, call it what you will, we are fascinated by these people for their propensity towards trouble, the way they create legends and tall-tales around them. They tolerate us writers lurking alongside them for our ability to immortalize them, to build monuments to them in writ, recreate them larger than life.

I have had several such friends: in college my roommate Gabe dragged me into the home of a drunk man claiming to be a grand dragon of the klan so he could see how the man decorated his house. (Turns out with statues of angels and book shelves full of Hegel, Kierkergaard, and other philosophical texts.) The last time I saw Gabe was almost seven years ago in a bar in Chicago where I planned to have a few beers, but ended up taking so many shots of Jim Beam on his dime that I missed my bus back to Louisville.

More recently, I found such a character in my friend and former colleague Dave Dabney. 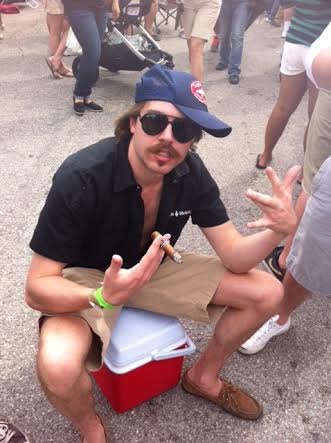 When I hired Dave to work at Redlight Redlight with me, I had no idea that the clean-cut young man fresh out college was completely insane, but his encyclopedic knowledge of Simpson’s references and bizarre, barroom whit intrigued me.

“What did the donkey order at the Mexican restaurant?” Dave, or Dabs as we often called him, asked me one night while we were tending bar.

“Fa-hee-haws!” he shouted bulging his eyes and baring his prominent choppers resembling and channeling his spirit animal, the jackass.

I always liked to go out drinking with Dave even though he usually overdid it. Sometimes he picked up the entire tab while other times he stuck me with the bill and simply forgot to pay at all. Often he would tell strangers to go fuck themselves for complimenting his unmistakable handlebar mustache. I’m not sure if he was actually angry in these moments. I was usually able to talk our way out of any actual fights. Sometimes his good-natured, shit-eating-grin would do the trick for us. He never explained why he did this, but always apologized profusely the next day whenever I asked him about it.

When I left Redlight Redlight for a misguided stint in sales and soon after returned to the bar, Dave became my manager and was the best boss I’ve ever had. Together we made a playlist of jazz, blues, Spanish guitar, surf rock, and even a waltz or tango thrown in here and there to keep things interesting. This music transported us to 1920s Paris or perhaps somewhere that only existed in our dreams, and it honed our talents, our drive to serve beer to a thirsty public. As a bartending duo, we were unstoppable, slinging brews, melting hearts, and entertaining each other when no one else was amused by our buffoonery.

I wrote about a couple of my drinking adventures with Dave in the essays Ain’t Misbehavin’ and Hunahpu Day Goes Gonzo, and was hoping for many more tales of debauchery when my good friend announced that he was leaving Orlando. I couldn’t have been more bummed out to see him go, especially when he forcibly ejected a customer from the bar for announcing that he hated Phil Collins while Dave was playing “Sussudio” during one of his final shifts at Redlight Redlight.

The last time I saw Dave we grabbed lunch at Winter Park Fish Co. Over Red Stripes and mahi sandwiches he told me of his plans to buy a boat in Maryland, sail it back down to Florida. and then take it out to the Caribbean for an unknown duration of time. Of course, I was exceedingly jealous thinking of the adventures he’d no doubt get himself into. All the fun and inspiration for stories that I’d miss out on. I gave him a butterfly knife as a going away present. He took to it immediately flipping it open and closed with one hand like he was an old pro until I began to question the responsibility of my gift.

As I watched Dave drive off into history, obscurity, or maybe just to Sarasota, I remembered the words of the good Dr. Thompson, his own description of his friend Acosta: “There he goes. One of God’s own prototypes. A high-powered mutant of some kind never even considered for mass production. Too weird to live and too rare to die.” The same could certainly be said for Dave. A mutant, sure, but my mutant, and man, do I miss the hell out of him.

In Boozo Veritas #69 by Teege Braune

MEMO from The In Boozo Veritas Offices

To: John King, Host of The Drunken Odyssey

From: Teege Braune, Author of In Boozo Veritas

You are a close and personal friend, and I hope you know that it is with the utmost respect that I ask you to refrain from making negative comments (as you did in your last memo) about the precious Mrs. Windsor, your own neighbor with whom you have never attempted to engage in conversation, and who has, incidentally, become a sort of grandmotherly figure in my own life.

I first met Mrs. Windsor the same night we recorded our St. Patrick’s Day Drunken Odyssey roundtable, episode number 90. As we were parting ways after our lively discussion and successful bout of drinking, I noticed an elderly woman struggling with a couple over-filled garbage bags. As I assisted the woman to the dumpster she told me her name was Nuala Windsor and that she emigrated to the United States from England. Over the course of our conversation several mutual interests were uncovered including the poetry of Ovid, renaissance bronzes, and the films of Stanley Kubrick, in particular his masterpiece Eyes Wide Shut. 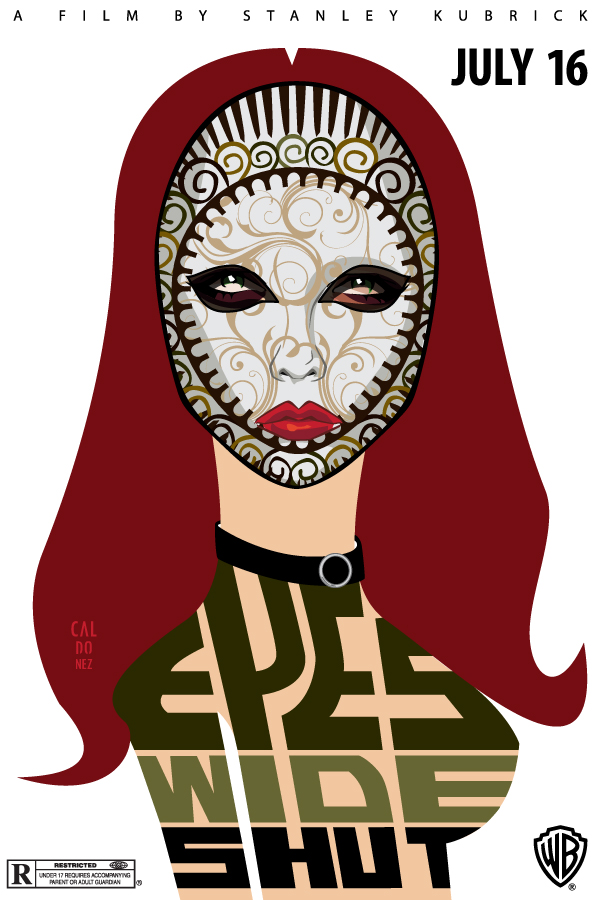 Since that evening we have spent many wonderful afternoons together sipping lemonade, watching our favorite film, and picking out the esoteric imagery hidden within. Mrs. Windsor has lived a long and adventurous life. Her stories are as thrilling and numerous as her wisdom is vast. I would happily deign to share my personal friend with you if you were at some point to make a neighborly effort with a kind and sweet, old lady.

One more thing: Mrs. Windsor wishes for me to apologize to you on her behalf. Her concern is that some of her parties might have kept her neighbors awake late at night. While it could surprise some that such a adorable woman would have interests that lean towards the libertine, I can tell you from personal experience that Mrs. Windsor’s parties are indeed some of the most enjoyable I’ve had the pleasure to attend. Here’s a picture of my friend Dave and I at her last soiree. I believe Mrs. Windsor is wearing the domino mask at 4:30 clockwise.

Next time instead of banging on the door at five am like old stick in the mud, just throw on a tuxedo, a black cloak, and a mask and join us in our revelry. The password for admittance is always “Fidelio,” and don’t worry if someone asks you the password for the house; they’re just messing with you. I guarantee you’ll have a good time, and who knows? Perhaps it will change your perception on Eyes Wide Shut and force you to realize that this film, which you call, “turgid psychosexual melodrama that is part architecture porn, part Noh play (maybe it’s just the acting), and part predictable postmodern conspiracy narrative,” is actually depicting events that take place closer to home than you know. 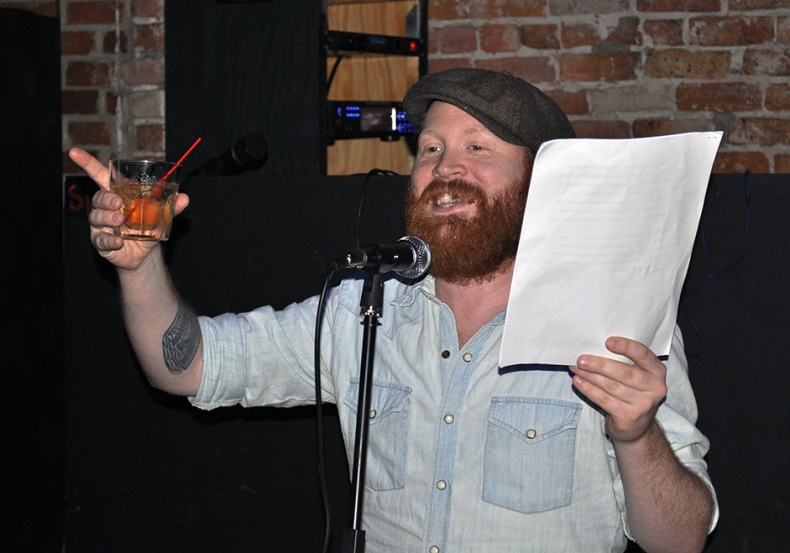 Teege Braune (episode 72, episode 75, episode 77, episode 90, episode 102, episode 122, episode 129) is a writer of literary fiction, horror, essays, and poetry. Recently he has discovered the joys of drinking responsibly. He may or may not be a werewolf.