Pertinent details regarding the development of Star Wars Episode VII have been thin on the ground. Academy Award-winner and Star Wars scholar and lecturer Michael Arndt was announced as the screenwriter early in the process, as his treatment for a new set of movies in the Star Wars universe was part of Disney’s purchase of Lucasfilm and its attendant properties in October 2012. Not long after, Disney announced J.J. Abrams had been selected for directorial responsibilities. And…for a long time, that was kind of it.

Until now. After a year of relative silence on the Episode VII development front, details emerged in late October that Arndt and his script had been set aside in favor of a script by Abrams himself, with an assist from Empire Strikes Back scribe Lawrence Kasdan. This was confirmed in an official announcement on starwars.com on October 24 and again on November 7 (along with an official release date of December 18, 2015, with shooting slated to begin this coming spring at Pinewood Studios in England).

Questions arose immediately. As a lauded screenwriter whose movies (Little Miss Sunshine and Toy Story 3) are very much tapped into our present cultural moment, and also as a nigh-professional Star Wars geek, Michael Arndt seemed a perfect choice to shape a new generation of Star Wars stories. His exit, after a seemingly peaceful year of development work, nonplussed many. What’s telling is how quickly the powers-that-be behind Episode VII attempted to forestall any negative spitballing by the armchair quarterbacks of the blogosphere (such as yours truly). The starwars.com official announcement on October 24 contained a pleasantly vague statement from producer Kathleen Kennedy, in which she praised Arndt for “bringing us to this point.” Then, Abrams, speaking with deadline.com on November 7, said that the change had to do with the “time frame” and getting them “where we need to be and when we needed to be”, implying that bringing in Lawrence Kasdan was going to make this possible.

How also pleasantly vague. (I won’t link you to the unsubstantiated rumors from over the summer about Abrams being unhappy with Arndt’s script. Oh wait, I guess I just did).

Look. We all know that developing a new entry in a high-profile, high-pressure franchise is no picnic. I’ve already written at length on this very blog about the troubled production histories of hot-property franchise installments. This kind of behind-the-scenes drama usually has to do with money. Executives fixate so desperately on the potential dollars to be earned that they attempt to reverse engineer a hit, working backwards from their desired box office revenue, with the result often ranging anywhere from muddled to unwatchable. Which is why Disney’s hiring of someone like Michael Arndt to write Episode VII—a man who is a proven storyteller of grit and substance and who has an emotional investment in the franchise—was a good move, and a positive sign that the people holding the purse strings in this situation had their hearts in the right place, that the intention was, after all, to make a good movie. 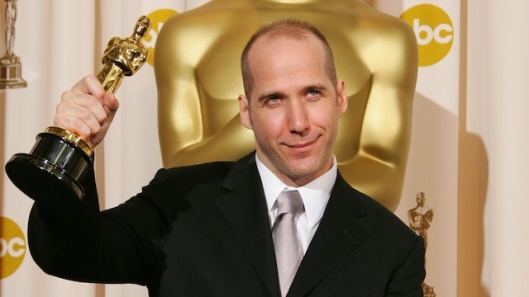 But now, a year after an initial treatment from Ardnt was already in place, a year in which a full script was produced and presented, Abrams and Kasdan are starting from scratch?

Yes, The Empire Strikes Back fan in all of us got excited when we saw Lawrence Kasdan’s name attached to the screenplay. I mean, he’s half the reason that Empire is as good as it is (along with Irvin Kershner’s direction). He’s also written some other excellent screenplays over the years (Raiders of the Lost Ark, Body Heat, The Big Chill, The Accidental Tourist).

Lawrence Kasdan on the set of Dreamcatcher

On the other hand, we haven’t seen much from him during the last twenty years, and what we have (Mumford, Dreamcatcher) has been less than stellar. One might view his suddenly prominent and powerful inclusion in the Episode VII creative team as a move of desperation on Abrams’s part, a potentially-misguided attempt to recreate the franchise’s past glory rather than fashioning a new, forward-thinking vision which recaptures the wonder and thrills of the original trilogy without being mired in the past.

Abrams’s decision to tap Kasdan as co-writer sniffs of nostalgia rather than an objective decision about the best and most-relevant creative vision for an Information Age Star Wars trilogy. And nostalgia has done nothing but lead Abrams down a rabbit hole of mediocrity for the last decade. Super 8, largely a paean of nostalgia to Abrams’s own childhood and to the ‘70s movies like Close Encounters of the Third Kind that informed him, fizzles out rather badly in its third act; his Star Trek reboots, whose indisputable visual panache were arguably the reason he was selected to helm Episode VII, are not particularly memorable or well-crafted.

Who knows how it will come out in the end? We are two full years away from seeing Episode VII in its entirety (if it sticks to its current production schedule). That’s a lot of time. And it’s not like Abrams or Kasdan are completely untalented. One would hope that, given the challenge of crafting a new entry in the most popular film franchise of all time, they would square their shoulders, dig deep, and show the world what they are truly, creatively capable of. But shakeups like this after such a long period of development are rarely a positive sign. I feel a disturbance in the…well, you know. 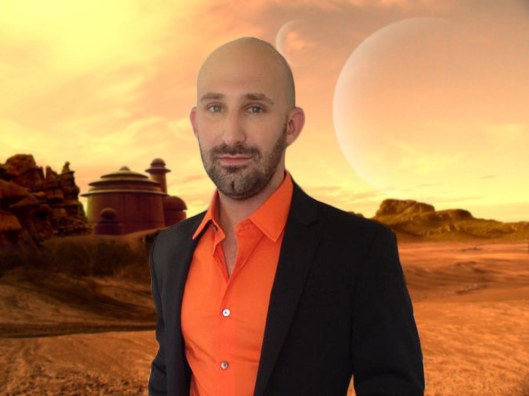 Mark Pursell is a lifelong geek and lover of words.  His publishing credits include Nimrod International Journal, The New Orleans Review, and The Florida Review, where he also served as poetry editor.  His work can most recently be seen in the first volume of the 15 Views of Orlando anthology from Burrow Press.  He currently teaches storytelling and narrative design for video games at Full Sail University in Winter Park, Florida.