Writing a craft beer guidebook in a state like Florida—where a new brewery seems to announce plans to open every day—is tricky.  Author Mark Denote had to know that the moment this book went to print, The Great Florida Craft Beer Guide would be out of date. So for that, I commend him. It is good, too, to have a place to start if you are looking to gain knowledge about the fast-growing (as long as Anheuser-Busch InBev doesn’t shut it down) beer industry in the Sunshine State.

The book starts with a foreword by one of the chiefs of Florida craft beer, Cigar City Brewing CEO Joey Redner and is followed by an introduction in which Denote—a columnist for Cigar City Magazine and the founding editor of FloridaBeerNews.com—shares his beerginnings: a Sam Adams Cherry Wheat while at Epcot’s Food and Wine Festival.  He then offers a primer on beer is and the difficulties of opening a brewery. Readers are soon ushered back in time as Denote traces the histories of beer in Florida. The historical parts—Tampa, Central Florida, Northeast Florida/Jacksonville, South Florida—feature some of the most fluid prose in the book. You can tell he did enough research to tell an engaging narrative about the struggles of beer producers in a state not known for such endeavors.

Each section is set up in much the same way. You’re presented with the history, followed by breweries in operation, followed by other breweries “in fermentation.” I tried to figure out if the brewery listings were organized within each section—alphabetical, geographical—but I couldn’t make head nor tail of it. This lack of form follows through into the writing about the breweries.

In the beginning, you get a sense that Denote tried to follow a framework. History, food (if available), types of beers, names of beers, distribution, and insider tips.  Only about half of the tips turn out to be actual tips: “ESB is proud to be one of only six breweries in the United States that boast a woman as their head brewer”—interesting, surely, but not an insider’s tip. Denote, however, only uses this framework occasionally. If he had the information for each category, he seemed to use it. If not, I could not discern how he decided what he listed into the description.

The brewery descriptions were where I found the biggest detraction in the book—the quality of the writing. While taking into account that this is a guidebook and not intended to be a work to match Nabokov or Faulkner, there’s an expectation that it should be readable. Often, variations in sentence structure seem to be ignored in favor of stating the name of a certain beer over and over to start a sentence, which has a droning effect. To read through a region’s section is hypnotically droning.

It’s a book about beer, I kept reminding myself. Beer. Why am I bored? The Subject-Verb, Subject-Verb agreements hit you like a wave and bury you by the midway point of the book.*

If you are not really looking for a high-quality literary adventure with your beer—and I’m going to go out on a limb and say that for the majority of the people who would purchase this book, that is not high on the list of needs—then this is a perfectly useful book. When you do not read the sections from beginning to end, they’re palatable. Interesting, even.

In the end, this book serves its purpose. It presents a look at the craft beer scene in Florida and offers a somewhat complete listing with some facts about the breweries and their offerings. The Great Florida Craft Beer Guide is a good book to keep in the trunk in case you find yourself on a day trip and you get a little thirsty.

Pair with: Craft beers, after you arrive at your destination.

*A smaller point, but one that still ate at me a little is the confusing geography. Living and writing in DeLand, which is forty miles north of Orlando, I and everyone I know in DeLand have been under the impression that we live and work in Central Florida.  Denote, however, lists DeLand in the Northeast Jacksonville section. Jacksonville is a hundred miles north of DeLand.  A small point, but one a map could’ve easily rectified. 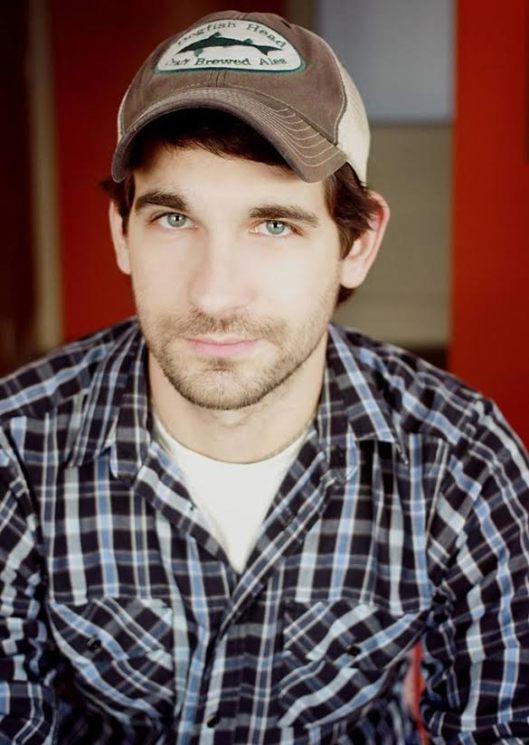 Sam Slaughter (Episodes 119, 126, and 129) is a writer, English professor, and beer brewer based in DeLand, Florida. He’s had fiction, book reviews, and other nonfiction published in a variety of places, including McSweeney’s Internet Tendency, South85, Drafthorse, The Southern Literary Review, Heavy Feather Review, and elsewhere. He can be found on twitter @slaughterwrites and on his website.