Let’s start with a necessary observation: Paul Mazursky’s Tempest has very little of Shakespeare’s play in it. There is none of Shakespeare’s words. This film is about a Manhattanite architect’s midlife crisis, with some loose associations with Shakespeare’s themes and (vaguely) characters. There’s no magician, although the architect might be insane. The Shakespearean allusion is almost a weird distraction, for the first hour and forty-five minutes, after which the connections to The Tempest swell into the film, pulling at all of these surging plots that seemed so unlike the Shakespeare story.

As I have said before in my treatment of Japanese and Indian films, non-English adaptations of Shakespeare tend to be breathtaking, but I am really suspicious of English film adaptations that avoid Shakespeare’s language.

I was prepared to loathe this film, but I didn’t. 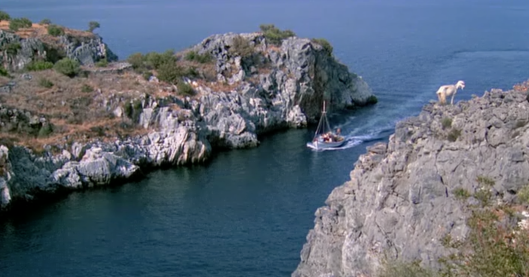 Mazurksy was responsible for a lot of mainstream dramas that were funny, and manages to find a surprising middle ground between Woody Allen’s wallowing in neuroses as if they are inevitable and clownish, and Alan Alda’s pointedly smart, funny, earthy earnestness, say, in The Four Seasons. In this Tempest, Leon Capitanos’s and Paul Mazursky’s dialogue is evocative, revelatory of character, and believably oblique and strange and intuitive. Here is Phillip, his wife Antonia, and his daughter Miranda stuck in traffic in New York on New Year’s Eve:

I should have stayed home and watched Guy Lombardo on television.

Or here’s Phillip talking to his love interest, Aretha.

That’s how I’m working my way back. Getting singing jobs.

Back to New York?

Unless I fall in love with you, which is a distinct possibility.

That would be a mistake. I am right in the middle of a nervous breakdown.

Who’d she run off with?

In some ways, this non-Shakespearean Tempest moves more directly than the source material towards the emotions of its main characters.

So the architect decides to quit his job working for a gangster who is building a casino, with whom his wife, frustrated with his mid-life antics, will have an affair. He exiles himself to Greece with his daughter, and eventually they, Aretha, and her dog Nino, will retire to an isolated Greek island populated only by the wild man, Kalibanos, who is perhaps rather overfamiliar with his goats. 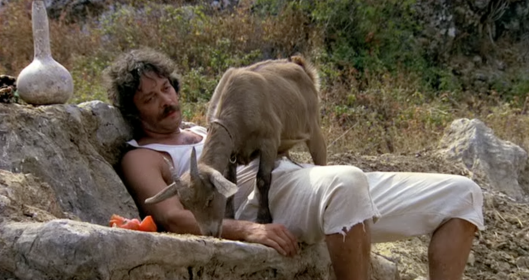 The acting seems so surprising and real in this film. Kalibanos is played by the exquisite Raoul Julia. 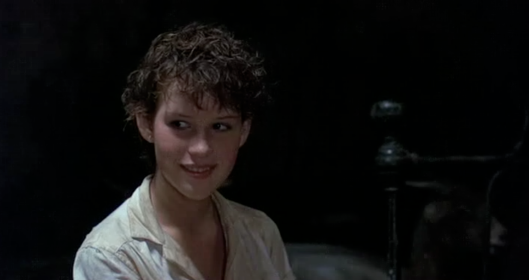 Molly Ringwald, in her first film performance, plays Miranda, in an electric performance.

Susan Sarandon plays Aretha, who is perhaps our Ariel. When she sings, you can hear hints of Janet from The Rocky Horror Picture Show.

The ensemble cast is exquisite: their performances clearly feed off one another.

Should you track down and watch this film, there are a few surprises I feel compelled not to spoil for you. Let me just say that some of what happens in the last act makes up for how pat and neat the final conclusion turns out to be. In a Shakespeare film this messed up, some shocks are in order.