The Anonymous Diaries of a Sozzled Scribbler #3

Oh, all right, it means the Melbourne Open. As it happens I went to the Rod Laver Arena with the former Prince Harry to watch the scrumptious Serena Williams play opposite a child from the country that gave you the coronavirus.

Now that Harry’s cachet has crumbled, we sat with the great unwashed in the Reserved Seating area. At one point during the game former tennis great Margaret Court stood up in the Corporate Seating area and, apropos of nothing, shouted, ’Homosexuality is lust for flesh,’ before storming off to jeers from more former tennis greats, John McEnroe and Martina Navratilova.

Harry chortled at the madness of it all and went to the toilets to relieve the former royal bladder. He came back minutes later, looking shaken.

‘Nothing,’ he replied, settling beside me with a sausage roll.

But I could tell he was upset.

‘Did one of Margaret’s homosexualists stick his engorged penis through a glory hole in the cubicle wall?’ I cried, horrified that a blue blood should witness such an outrage against good taste.

‘No,’ Harry replied, shaking his head. ‘There was a queue at the gents’ so I went to the new gender neutral toilets instead.’

I shuddered, fearing the worst. ‘And?’

‘And who do you think was standing next to me at the urinal?’

‘I’m sure I can’t guess,’I said, picturing all manner of lurid happenings.

‘Margaret Court, the greatest tennis player of all time and now pastor for a Pentecostal church in Perth?’ I cried yet again. ‘At a urinal?’

‘One and the same,’ Harry replied.

‘Harry, you’ve had too much to drink.’

He had been hitting the grog since leaving behind royal life and becoming a mere mortal, silly lad. Try as I might, I was not able to dissuade him from the absurd decision. It seems Harry is under the thumb of his American cancan dancer or whatever his wife does when she is not destroying the House of Windsor.

‘Nowhere near as drunk as you, old piss pot,’snapped Harry.

‘Transitioning? To what?’ I yelled yet again. This was all too much for me without the aid of a martini and a Hanky-panky chaser.

Well, you could have knocked me down with the pages of Leviticus. I know it is fashionable nowadays to be fluid in all aspects of life, but the idea of a Caucasian sourpuss turning into a dimwitted Tongan ex-rugby player who loves gays so much he condemns them to hellfire was too much even for me.

‘What about the real Folau?’ I ventured.

‘Sign of the times!’ I said, resigned to the malleabilities of the age.

We were saved from further contemplation of Roman perversities by the delicious Serena Williams. Being on friendly terms with Harry’s pole dancer or whatever the gutter snipe does when she is not demolishing palaces, Serena sauntered over to say hello to the man formerly known as Prince. Harry rose to his feet.

‘Yo, darlin’,’the goddess cried, looking surprisingly refreshed after her trouncing.

Knowing I am no fan of Harry’s cha-cha girl, Serena did not acknowledge me in the slightest. Nonetheless, I was happy to sit back and bathe in the nearness of the goddess’s presence, even if she did lose to the Chinese. The celebrities exchanged pleasantries while standing in front of me—me breathing in Serena’s musk and swooning.

‘It’s tough playing tennis in Melbourne this year,’the mighty lady sighed, flinging herself atop me with such force it right near knocked the wind out of me.

You may not be aware of this, but Serena is extra-Rubenesque and I am but a slip of a fellow, subsisting on alcohol and cigarettes. I disappeared entirely beneath the voluptuous avalanche. Content to be thus utilised by the great woman, I kept my peace.

‘Why is it difficult?’ asked Harry, trying not to laugh at my predicament.

‘They’ve got machines pumping smoke onto the courts. It’s like uh nightclub out there.’

‘That’s the bush fires,’ I managed from beneath an allure of flesh. ‘The country’s burning while you’re playing ball.’

Serena looked around with fake perplexity. ‘Did you hear somethin’?’ she said to Harry. ‘Is someone else with us?’

Harry shrugged, not wanting to ruin my good time. Serena pressed down on me with greater force and added, ‘And I was thrown out of the women’s bathroom because they thought I was a panther. Had to use the gender neutral bathrooms and I saw—‘

‘Speaking of which,’ I said, as Harry’s wife tripped over.

Serena shrieked and leaped off me as if I had jabbed her in the jamboree.

‘Sorry,’ she said, looking back at me. ‘Didn’t know you was there. You blend in with the bleachers.’

‘The pleasure’s all mine, dear lady,’ I told her.

In the end our gang stayed at the stadium to watch Rod Laver present Margaret Court with a replica of the Australian Open women’s trophy in honor of her vast achievements in hitting a ball over a net. The ‘crazy aunt’, as John McEnroe calls Court, was ‘recognised,’ but not celebrated because she offended homosexualists by quoting a three-thousand year old Judean fairy story at them. The problem was no one knew if the Margaret Court they were paying tribute to was the real Margaret Court or if she was Israel Folau pretending to be Margaret Court. Both excel at making cat’s bums with their lips and looking as if they were weaned on pickles.

Words of a great philosopher.

Until next we meet. Cheerio! 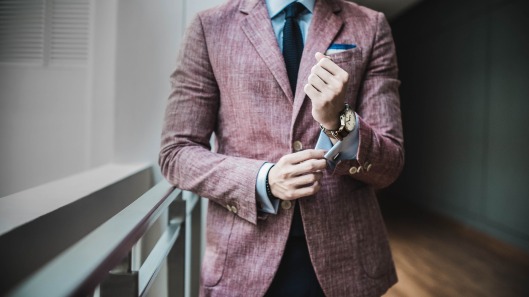 The Sozzled Scribbler was born in the shadow of the Erechtheion in Athens, Greece, to an Egyptian street walker and a Greek bear wrestler. Of no fixed abode, he has subsisted in Istanbul, Rome, London, New Orleans and is currently hiding out in Melbourne. He partakes of four bottles of Bombay gin and four packets of Dunhill cigarettes a day.

His mortified amanuensis, Dmetri Kakmi, is a writer and editor. The fictionalised memoir Mother Land was shortlisted for the New South Wales Premier’s Literary Awards in Australia. He edited the children’s anthology When We Were Young. His new book The Door and other Uncanny Tales will be released in May 2020.