Episode 540 of The Drunken Odyssey, your favorite podcast about creative writing and literature, is available on Apple podcasts, stitcher, spotify, or click here to stream (right click to download, if that’s your thing).

This week, I talk with historian and biographer Mark Braude about artist, model, and cabaret singer Kiki Man Ray and the art life in Paris in the 1920s.

TDO listeners can get 20% of a premium subscription to Scribophile. After using the above link to register for a basic account, go here while still logged in to upgrade the account with the discount.

Episode 540 of The Drunken Odyssey, your favorite podcast about creative writing and literature, is available on Apple podcasts, stitcher, spotify, or click here to stream (right click to download, if that’s your thing).

The Short Life and Blazing Art of Sylvia Plath

Sylvia Plath at nineteen, smiling broadly, her face scrunched into what Ted Hughes once described as a “tight ball of joy.” It was the photo on The Bell Jar’s back cover that hooked me first. Below that, a paragraph-long bio that ended with a terse, jarring mention of her suicide at age 30.  I needed no further enticement to check this book out from the library; I was fifteen years old, prone to despondency, and certainly on the lookout for a kindred spirit.

The reading of Plath’s poems came next. Then the journals. Then the letters home, carefully edited by her mother. Then the onslaught of biographies, each with its own agenda. Then the longer, unexpurgated journals and still more biographies. Somehow, the more I read about Sylvia Plath, the more I wanted to know. And in my blue-collar, small-town innocence, I had no idea that there were millions of other people out there who felt exactly as I did: those with an insatiable desire to have more of Plath, without being able to pinpoint exactly why.

What about Plath inspires such fierce, if misguided, identification? Is it, for some of us, a particularly female or particularly American desire for recognition and accomplishment?  Is it the incongruity of her public face, so exuberantly wholesome and beaming, measured against Plath’s writing voice: seething, theatrical, lethal? Is it the Grand Guignol nature of her late poetry, making the audience complicit in the inevitable course of her last days? Perhaps it is simply the question of looking at her life and her body of work and wondering where everything went wrong.

To satisfy this collective curiosity and appetite for Plath comes the biography that may at last be enough: Red Comet: The Short Life and Blazing Art of Sylvia Plath, by Heather Clark. A decorated and tireless scholar herself, Clark wrote this 1,154-page colossus with cooperation from the Hughes and Plath estates and aided by documents that no prior biographer was privy to. The result is as complete an account as one could dream of. And Clark’s agenda is refreshingly pure. Rather than attempting to hold Plath up as a feminist icon or as a victim, Clark’s intention (made plain in her preface) is to make the “peanut-crunching crowd” disperse at last, ending the mythology of Plath as a highly performative femme fatale and inviting closer inspection of her legitimacy as a writer.  And to some extent, this approach works. I say “to some extent” because Plath’s most famous poems may always be viewed as predictive of her death… a blueprint for her suicide replete with knowing winks to the audience. (Clark does her best to debunk this idea, showing that the real story of Plath’s final weeks, which were not self-destructive and defiant but hope-filled in some regards, which in many ways is makes for a sadder story than the myth.) This is not a book of what went wrong so much as it is a great celebration of the many things that went right in Plath’s life, particularly her complete dedication to her writing.

Like many women who came of age in the 1950s and early 60s, the real Sylvia Plath had a tidy exterior and an inner life that was anything but tidy. She was, as many might say nowadays, problematic. She was a woman who wanted to be a rule-follower who was also highly sexualized and impatient with sexual mores of her time. She wanted to be a good wife and mother and a recognized force in the fast and loose literary world of London in the early 60s. She wanted to be a fresh-faced all-American collegiate girl and a serious English lady of letters both. She drew people in with her vivacity, but had a sharp, judgmental eye that often resulted in tartly written depictions of the people she was closest to. With a remarkable lack of bias, Red Comet contextualizes the many faces of Plath and gives fair treatment to many of the key figures whom Plath eviscerated in her writings… including the much-pilloried Ted Hughes, guilty of infidelity but also in possession of great sensitivity and a complete paternal allegiance to his children that was unusual for an Englishman of his time. This biography respects Plath’s perceptions and feelings, but it also gives us a great deal else to consider.

Despite the push-pull of Plath’s deeply human contradictions, her writing ambitions remained a constant, and her efforts to strengthen her writing voice had a heroic single-mindedness. The child of two academics, her talent for language manifested itself at a young age, and Red Comet chronicles Plath’s evolution from teenage writer of magazine fiction to the poet whom Al Alvarez described as one of the finest who ever lived. Her fiction, too, was taking off toward the end of her life. One of Clark’s most fascinating revelations is her discussion of Plath’s destroyed, unpublished second novel—a sequel to The Bell Jar entitled Falcon Yard—and the possible existence of a third manuscript (long thought lost) called Doubletake, a “funny” and “wicked” tale about an American expatriate wife and her philandering British husband. The thought that this novel could yet see the light of day is almost too much to hope for, but if it does, one can only imagine that readers might gain a greater appreciation of Plath’s humor and view her infamous, doomed marriage in a different light.

Ultimately, we all have our own ideas of who Plath was. Plath had her own ideas, too, and it is these ideas that Red Comet attempts to honor at every turn.  Though lumped in with the “confessional” poets, Clark reveals that Plath saw herself as a surrealist, and perhaps we would be wise to begin to view her work the same way: premised upon wild, representational fantasies as opposed to a literal depiction of the life she lived. Had Plath lived to old age and enjoyed a long career, her surrealist leanings may have taken her to poems to even more ferociously imagined heights and left a different legacy for us all. Lacking that, we must be grateful for the prolificacy of her poems, the feverishness with which she documented her life, and the arrival of a biography like Red Comet that celebrates and observes in equal measure. 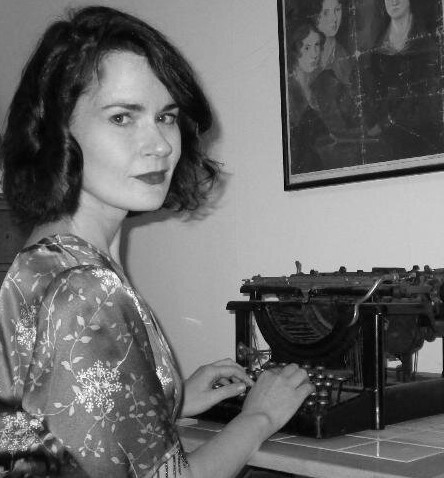 Jan Elizabeth Watson is the author of two novels: Asta in the Wings (Tin House Books, 2009) and What Has Become of You (Penguin Random House, 2014). She received her MFA from Columbia University, where she was also a Teaching Fellow. Originally from Maine, she now lives in Pittsburgh, Pennsylvania and is at work on a third novel.

Episode 357 of The Drunken Odyssey, your favorite podcast about creative writing and literature is available on iTunes, or right click here to download.

In this week’s episode, I talk to music writer Mark Blake about his new biography of Peter Grant, the man who empowered Led Zeppelin to become the most popular rock band of all time.

I will be at AWP. Leave a comment if you are attending and would like a TDO meet and greet.

Episode 357 of The Drunken Odyssey, your favorite podcast about creative writing and literature is available on iTunes, or right click here to download.

In this week’s episode, I talk to Todd James Pierce about his new biography of Ward Kimball from an epic corridor of The Wilderness Lodge at Walt Disney World. 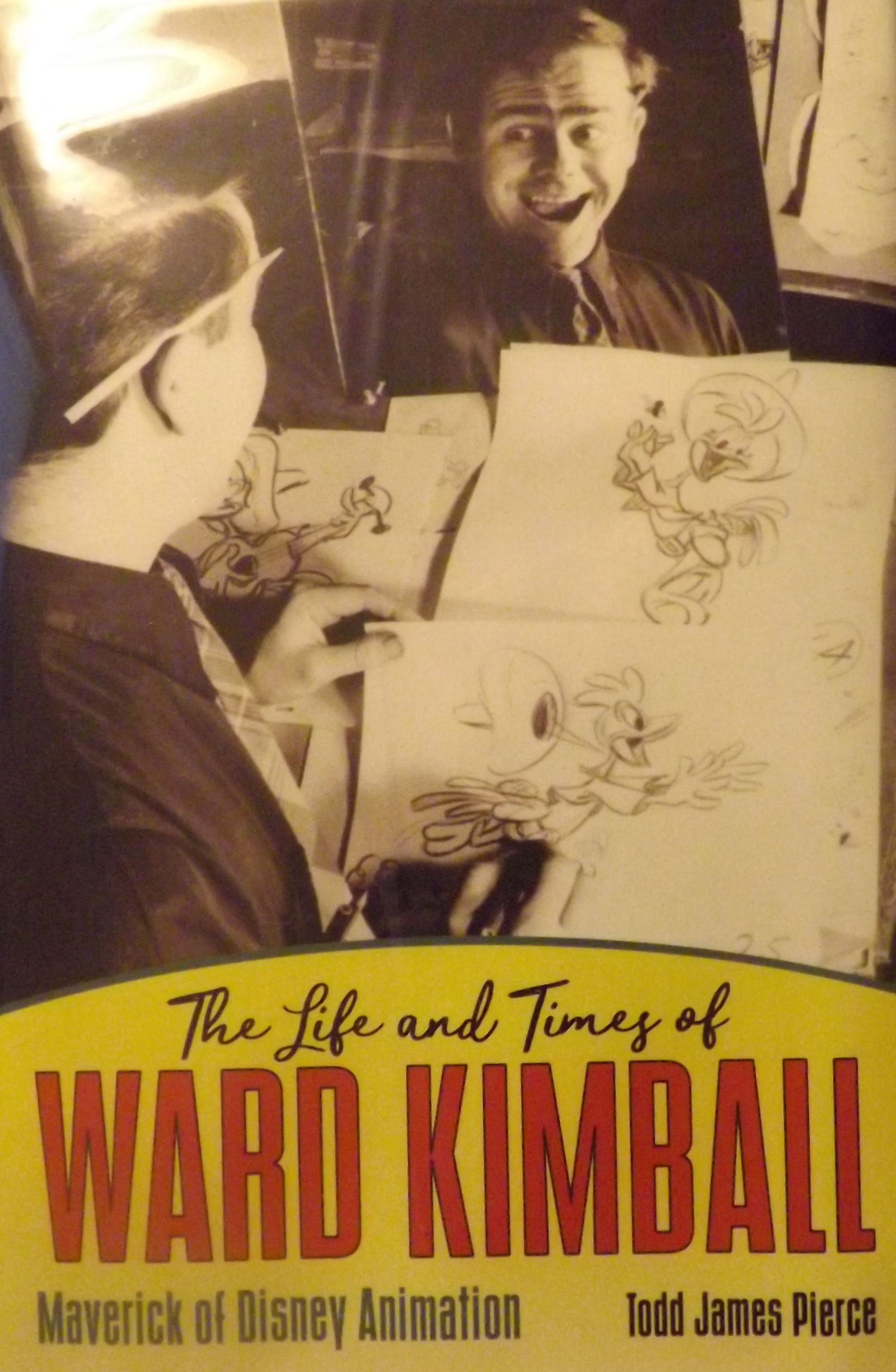 Check out Todd’s site and podcast, The Disney History Institute.

Check out my previous interview with Todd back on Episode 218.