Comics and Prose: Allie Brosh’s Hyperbole and a Half

Hyperbole and a Half is one of my favorite things on the Internet. Written and illustrated by Allie Brosh, this site mostly comprises of personal essays presented as a combination of standard prose (typed out sentences) and child-like MS Paint drawings.

As the title of her blog implies, the narrative style is often hyperbolic in nature. Brosh’s art style is deliberate. Her illustrations are essential to her storytelling—without them, most of the meaning (and humor!) of her essays would be lost. The drawings, carefully constructed to convey her hyperbolic tone, leads the reader to believe and understand what might otherwise be misunderstood as clearly false or ridiculous.

For instance, let’s take a look at her essay, “The God of Cake.”

In this essay, Brosh talks about an incident that happened when she was four years old, involving a decadent cake her mother made for her grandfather. 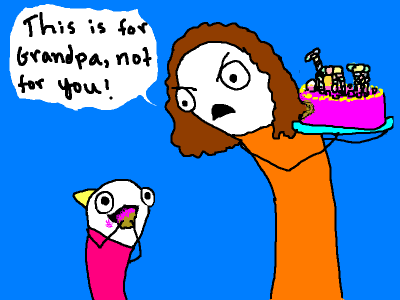 As you can see, the illustration is a combination of simplistic images and complex ones. The girl in pink (4-year-old Allie) and the woman in orange (her mother), don’t have a lot to them. Their arms are sticks, they don’t even have hands or noses. But small details like the color they wear and their hair style make these characters easily identifiable throughout the blog. The facial expressions are very detailed and clear. Mother is chastising the daughter. Daughter is enjoying cake.

And look at the detail on the cake! 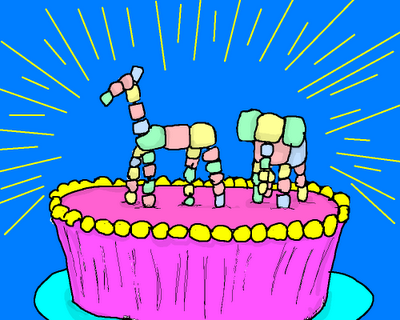 That’s a marshmallow giraffe and elephant on top! Definitely a specific cake. And since the cake is the object of the protagonist’s obsession, that’s why there’s a great deal of detail involved in the illustration and presentation of the cake.

Because she had tasted the cake earlier, sugared-up 4-year-old Allie’s mission for the rest of the day was to try and eat the cake. 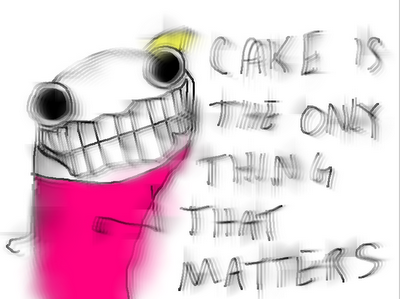 Brosh uses techniques such as repetition and blurring (alone or in sequence) to represent the hyperactive state of her 4-year-old self.

In stark contrast, the prose sections provide an adult’s retrospective account of the details. Brosh says: “I had tasted cake and there was no going back. My tiny body had morphed into a writhing mass of pure tenacity encased in a layer of desperation. I would eat all of the cake or I would evaporate from the sheer power of my desire to eat it.“ 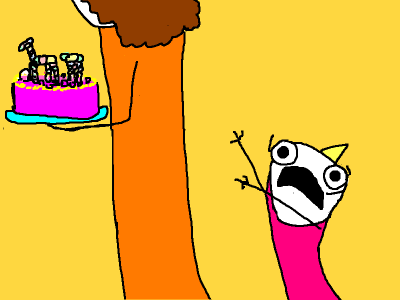 The balance between capturing the child’s voice and perspective as well as knowledge and wisdom of the writer-at-the-desk is a mastery of the “double-I” in nonfiction. The self as the character on the page, coupled with the self as the writing narrator, looking back on the event at a point later in time.

By combining both the prosaic narrative form with carefully crafted illustrations into a hybrid mode of storytelling, Brosh’s illustrated essays are engaging, introspective, and—quite frankly—hilarious.

Brosh’s first book, Hyperbole and a Half: Unfortunate Situations, Flawed Coping Mechanisms, Mayhem, and Other Things That Happened, should be available by the end of October. It will feature 50% new content—and will become one of my new favorite things on my bookshelf. Hopefully yours, as well. 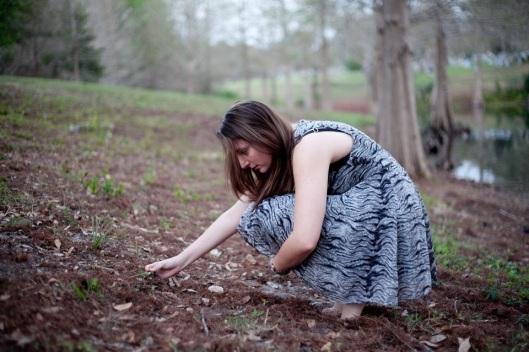