The Independent Bar, more commonly know as I-Bar, is one of the few remaining old school watering holes of downtown culture. Most venues that the less-mainstream-minded locals frequented closed over a decade ago: Kit Kat Club, The Go Lounge, Knock Knock Bar, Harold and Maude’s. The once popular Matador has now reopened in the Mills 50 area, a part of Orlando many longtime bar hoppers have since jilted DT for. When BBQ bar closed last year (rumored to be reopening on Mills as well), some natives saw it as the last straw; nevertheless, The Independent Bar is still running strong after opening in the epicenter of downtown over thirty years ago.

The first time I visited Ibar it was called Barbarella (The owner recently opened a second club in Austin with the same moniker). While the club has undergone several name and design changes over the years, the spirit remains the same. Unlike most bars, there isn’t a “type” of person you can expect to meet there. Dudes dressed as pirates dance right next to frat boys. Ladies in tiaras celebrate their birthdays across from goth girls covered in tattoos. There is no proper dress code. Want to wear a three-piece suit? Have at it. Feel like just tossing on jean shorts and a tank top? Go right ahead. 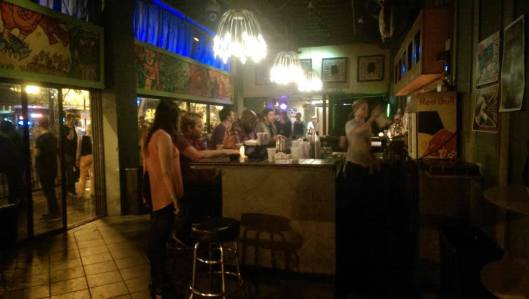 In the front bar, modern chandeliers hang overhead and copper shoes decorate the back walls. Last Friday, a very amicable bartender named Tia made me a mixed drink, which is pretty cheap if you don’t mind well liquor ($4.50 on most nights).

Tia Serving Up Some Vodka.

From there I entered a long hallway with couches to my right and a dance floor to my left. This is the main room and one of the only places you can dance downtown without having to worry about someone rubbing their crotch on you.

The dance floor is lit up by rotating laser lights and giant flat screen TVs that play the music videos of the songs you’re dancing to (Usually. Sometimes it might be just some random ‘80s science fiction flick or a bunch of spinning rectangles). 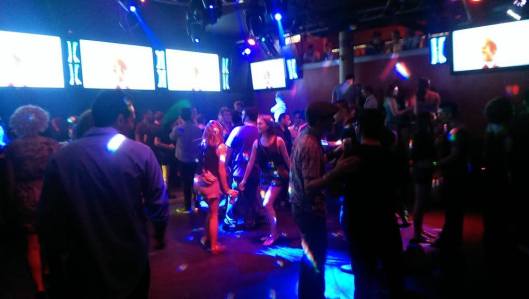 Preston was holding down the bar in the dance room. He’s been working at bars downtown for a long time, and he swapped employers and came here after a once novel establishment was bought and turned into commercial garbage. Being served by Preston (and other the congenial staff) is part of what makes Ibar feel genuine. This is where people who actually live in Orlando have gone to party for decades. It’s not some shitty tourist trap in Downtown Disney or Universal CityWalk.

Preston behind the dance floor bar.

Upstairs you’ll find more couches and another bar. Lauren was holding it down on this particular evening, and she entitled her bar Lauren’s Lounge on a marker board next to the drink specials. 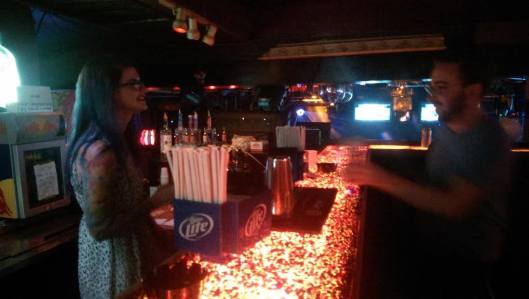 Upstairs is a good place to people watch because you can see the entire dance room from there. It’s relaxing to observe patrons swaying to the beat the best they know how. That’s another perk: you don’t need to be a good dancer to feel comfortable dancing in Ibar. The variety of music they play (it’s all over the map) lends itself to just letting loose and not worrying about what you look like. 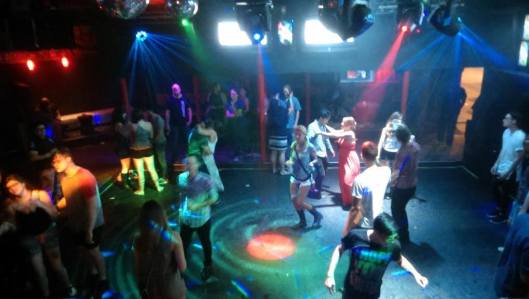 If you are hyperactive like me, you’ll appreciate that you can travel through the club in a complete circle and never have to retrace your steps. So, if you’re feeling antsy in one room, you can just stagger over to others until you’ve reached your starting point. The downstairs bar provides a nice place to get away from the noise if you want to have a more intimate conversation with someone. It’s also a good place to go if you’re not in the mood to dance with your friends and just want to chill and drink. It’s like a tiny pub inside a club. 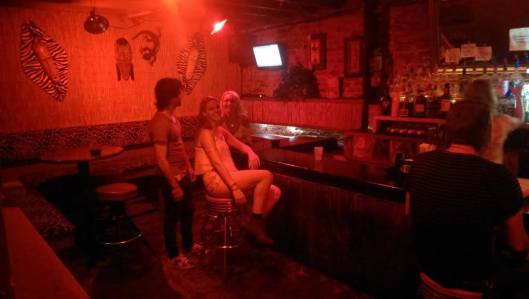 Many longtime bar hoppers will tell you that they are too burned out for Ibar, but if it ever closed their mourning of its passing would be monumental. Ibar is an Orlando staple. For this reason, I think everyone should visit it at least once. Downtown Orlando on Friday and Saturday nights can be a real shit show with drunks everywhere and throngs of honking cars, but you’ll eventually make it to the safe haven of the club. During the week it’s much slower, so you can avoid the masses. The upstairs and downstairs rooms are usually closed during the week, but the smaller crowds free up more than enough space for you to get your drink on. 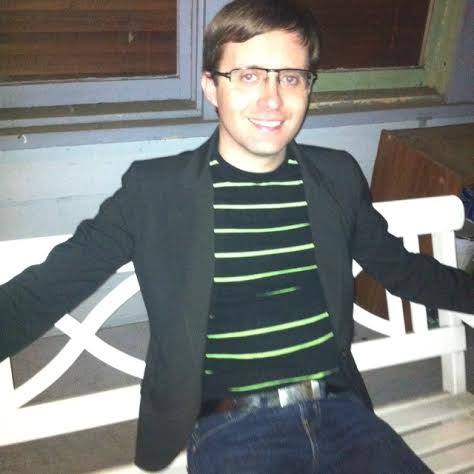 Brett Pribble teaches writing courses in Orlando, Florida. He’s afraid of sharks and often isn’t sure whether or not he’s dreaming. He was previously published in Saw Palm, The Molotov Cocktail, and 10,000 Tons of Black Ink.