On Top of It #7 by Lisa Martens

The Customer is Always Right

Beth walked in to pick up the latest hardcover edition of Stoner by John Williams. At dinner the other night, one of her professor friends had said it was “wonderfully droll” and “brilliantly bland . . . honest.” This was exactly the kind of thing she wanted to read.

There it was, black with colorful stripes, on the display table. She orbited it. She would have liked to flip through it, but each copy was wrapped in plastic. She instead flipped through the new Humans of New York.

She noticed the wooden floors—they could be cleaner. They were gritty, like unbrushed teeth. There was a puff of white dog hair under the display table. A group of wine-scented candles made her sneeze. Someone she didn’t know blessed her.

It wasn’t a big deal, but the music in the store was a little . . . ethnic? Since that new guy started—he was darker, Indian, maybe, or something like that—the music in the store had changed. It was just a little too distracting. They used to play this French tango band, and sometimes classical music. But not anymore.

She wanted to say something, but then it would turn into a political thing. The song was fine if you were studying to be a belly dancer, but for the ambiance of the store—It just didn’t fit. She wasn’t being racist; there were just certain kinds of music you expected in a bookstore.

Beth tried to catch the eye of the thin black woman going through the cookbooks. If she could make eye contact, maybe she could receive some kind of confirmation. If that woman also thought that the music was a bit much, that would prove her point. But no, the woman didn’t look her way. She was engrossed in the different kinds of toast you could make, and then in prison ramen recipes.

Beth wanted the book. She came in for it, she had found it, and she wanted it. But she didn’t move to pick it up. Maybe that was the kind of lesson the store needed.

Beth looked at the mason jars instead. One was blue, like her kitchen’s accent wall, and the other was teal. The blue would match her kitchen, unless it almost matched and didn’t, and that would be even worse than a deliberate, intentional clash. She looked through her phone pictures to try to determine if the blues matched, but even those weren’t reliable since she had used filters on all of her renovated kitchen photos. Using VSCOcam, Beth had made her old kitchen more yellow, and the new kitchen softer with a pastel-like hue.

The song changed to something with fast, shaking drums. Beth sighed. Wouldn’t the store want to distance itself from that part of the world, especially with everything that was going on?

The store had some toys for kids. Beth could get something for her niece. She looked for something girly but not too girly. She didn’t want to enforce gender roles by getting something glittery. Something with science or math, of course, but nothing too masculine. But no, there was nothing that fit that description: something mathematical or scientific, but for five-year-olds, but that was clearly designed for girls, but wasn’t girly.

There was a book on finding constellations. Beth’s niece was probably too smart for that. Beth wrinkled her nose when she saw a wooden walker in the toy section. Everyone knew by now that those were bad for kids.

Beth left without buying anything. It served them right—the store had no Black Friday sales. She still liked the store, but she could probably get Stoner online cheaper, anyway. 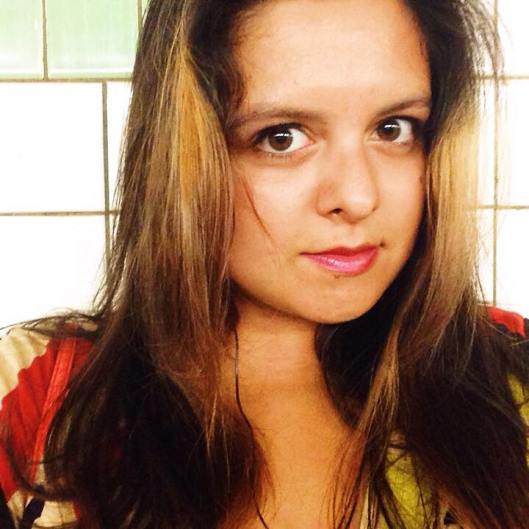 Lisa Martens (Episode 22) currently lives in Harlem. In her past 10 years in New York, she has lived in a garage on Long Island, a living room in Hell’s Kitchen, the architecture building of CCNY, and on the couch of a startup. She grew up in New York, Costa Rica and Texas, and she’s still not sure which of these is home. She completed her MFA in Creative Writing from CCNY. Her thesis, What Grows in Heavy Rain, is available on Amazon. Check out her website here. Follow her on Instagram here.