Rather than film myself making faces and telegraphed gasps, I want to try something other than a conventional trailer reaction. I do not mean to sound like an arrogant snob, but I have played and seen enough games to the point I can divine story and gameplay from trailers. With the debut of the Call of Duty: Infinite Warfare trailer, I thought I would provide an analysis of what I found. 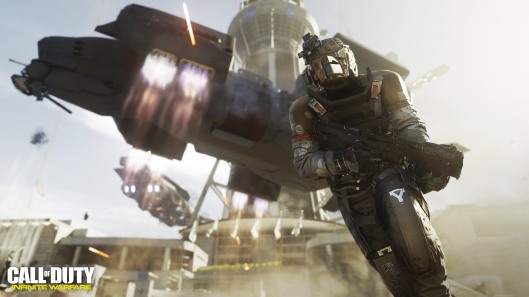 The series’ trend of copying other works is a relatively new phenomenon. Advanced Warfare borrowed from Metal Gear Solid and Black Ops 3 was Deus Ex: Human Revolution without the nuance. While comparisons to Halo are apt, Infinite is borrowing more from Gundam and The Expanse. As far as I can tell, the story centers on Earth being attacked by colonists called the Settlement Defense Front (SDF). Based on the name, Earth was probably oppressing the off-world colonies or lording over them like the British Empire.

In the first teaser, an SDF character who looks like Peter Weller was threating to “blot out your skies” and “bury you in darkness.” This force are clearly out for blood much like the Principality of Zeon and the Mars Congressional Republic. The teaser also referred to a nebulous “ascension.” Maybe the SDF feel they are an evolved form of humanity like Newtypes from Gundam and are exerting superiority by starting a war.

The fight against SDF takes you into the Solar System. Some planets I could make were one of Saturn’s moons, Mars, Venus, some space stations, and what looked like asteroids installations. I noticed the player using a grappling hook to pull an enemy close and slit his throat. Perhaps you can use the hook to navigate the zero gravity environments. 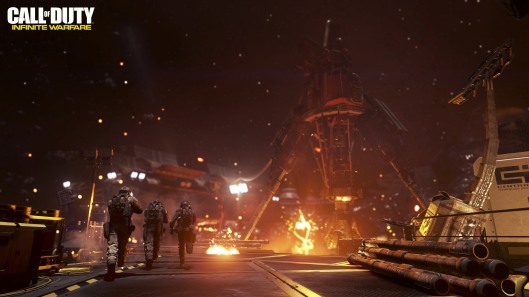 In terms of gameplay everything seemed normal until the player boarded a jet and flew into space. A large-scale battle ensued with bigger crafts in the mix. Early games had flying segments, but for a menial portion of the campaign. If most of the gameplay involves actual flying, that would be a step-up and a good fit for the setting. How can you take place in outer space and not include multiple full-blown flying segments?

I am not sure if the jump jets, dash, and hacking from Advanced and Ops 3 will be available player abilities in Infinite. Removing these features would take the series many steps backward when it needs to move forward. There may be mech combat with the appearance of a walker knocking over a tank. Perhaps the mech is an excavation vehicle for mining or construction that doubles as a weapon platform.

The sleek overdesigned aesthetic takes after Advanced. Helmets are closed faced with soft vests and cloth uniforms. For future shooters like Titanfall this is the standard look, but mixing hard shell full helmets with lesser armor does not work from an artistic standpoint. There needs to be unity between the pieces, a balance of hard and soft armor. Going full plate like most science fiction would work if the armor has to function as a space suit or adding more hard-shell to what is already there would be fine.

The final reveal in the trailer was a re-mastered Call of Duty 4. The short spot of footage does not make obvious if the game is a full rebuild or an HD upscale. Nevertheless, I am excited to revisit one of the most influential and important shooters of the last generation. I personally own the game for the Xbox 360, but if the updated visuals add to the already fun and memorable gameplay, I am open to picking it up. 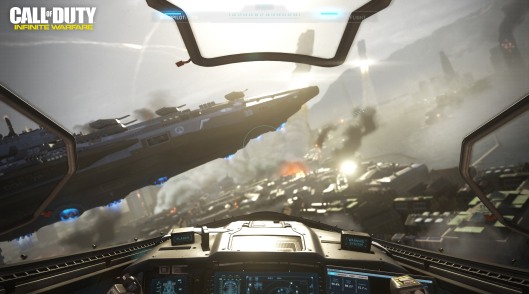 Promotional materials can do all kinds of things for a product. They can inform, hide details, or create a complete falsehood for a build-up to shatter our expectations. I may be totally wrong about everything and Infinite Warfare will turn out to be something else entirely. We will never know until November 6th. 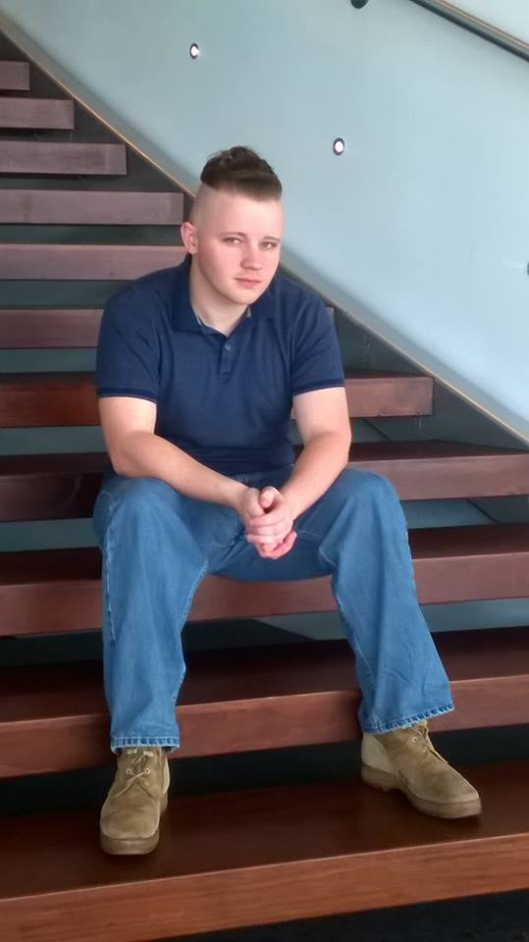