The Curator of Schlock #146 by Jeff Shuster

The Return of Ringo

As I write this, the world is celebrating the 75th birthday of Ringo Starr, the most influential Beatle as Yoko Ono recently claimed as claimed by James Woodhall in his recent article for The Spectator, “Ringo’s no joke. He was a genius and the Beatles were lucky to have him.” So it is with great pleasure that the Museum of Schlock will pay tribute to one of the unsung heroes of rock n’ roll the day after his birthday. 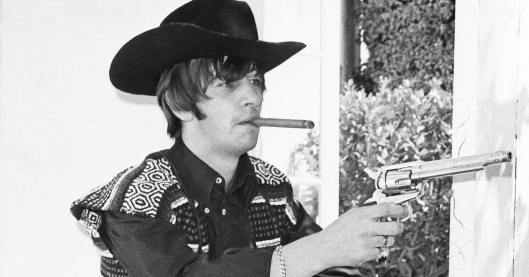 Just kidding. This is a schlock blog. We don’t cover The Beatles here. We cover spaghetti westerns about the man they call Ringo.

Your curator is in a bit of a conundrum. There were two Ringo movies made in 1965, The Return of Ringo and A Pistol for Ringo. There’s much contention as to which one came first, a kind of chicken or the egg thing. I went with The Return of Ringo for this week and we’ll see if I’m vindicated in my decision next week. I didn’t have time to watch the other one. So it’s called The Return of Ringo because it’s about a Union Army officer returning home from the Civil War. His name is Captain Montgomery Brown and he’s played by Guiliano Gemma. 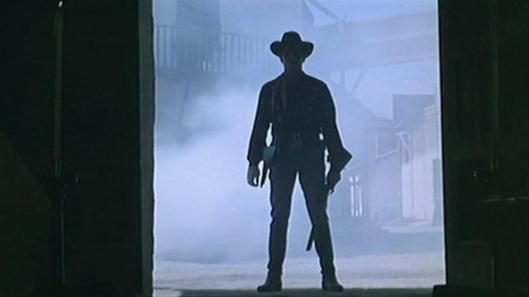 All is not well in Brown’s hometown. It seems a bunch of Mexican bandits have claimed it as their own and are now treating the Americans as second-class citizens. The gang even manages to ambush and kill any soldiers returning from the war. Brown dyes his blond hair brown, heaps what I can only guess as the old west version of spray on tan, and draws a fake beard on his face. Donning a poncho and straw hat, Brown heads into town in time to see the local judge gunned down right outside the saloon. A sign reads “NO ENTRY FOR DOGS, GRINGOS AND BEGGARS.” We can also assume there’s no entry for those of us who use the Oxford comma. 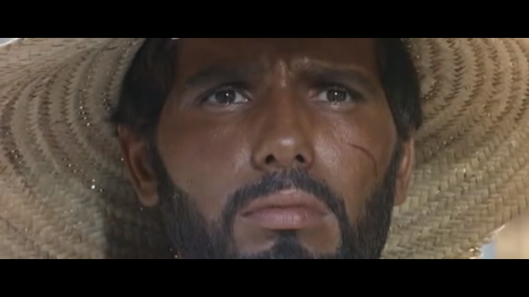 The Mexican bandits inside can’t tell if he’s gringo, Indian, or Mexican. They make disparaging remarks about the virtue of his mother while laughing in his face. You know what? These guys are a bunch of bullies and I don’t like bullies. They’re the Fuentes family and they run the town. The local American sheriff is terrified and hitting the sauce pretty hard. Oh, and I think they murdered Captain Brown’s dad., Senator Brown. They murdered a United States senator! Oh, and Brown’s wife is engaged Don Fernando Paco Fuentes (George Martin). When Brown discovers this, he aims his rifle at wife, but doesn’t shoot when he sees a blonde haired little girl appear right behind her. We can only guess she’s Brown’s daughter by the screaming chorus accompanying the scene, composed by Ennio Morricone.

Let’s see. What else? There’s a fortune telling prostitute by the name of Rosita (Nieves Navarro of The Forbidden Photos of a Lady Above Suspicion fame). There’s also an undertaker/floweriest who can talk to chickens. Brown rouses the townsfolk to rise up against the bandits. There’s much shooting and killing. Brown gets his family back. Oh, and we learn that his nickname used to be Ringo. Yay!