The Curator of Schlock #156 by Jeff Shuster

So The Glass Wall starts out with a boatload of refugees sailing into Ellis Island, fleeing the war-torn wasteland of World War II for a new life in the United States of America. Unfortunately, not every passenger on board is on the up and up. There’s this Hungarian guy by the name of Peter Kuban (Vittorio Gassman) who stowed away aboard the carrier. Peter Kuban wants to leave the ship and come to America, but the immigration authorities say no dice, he has to go back home. 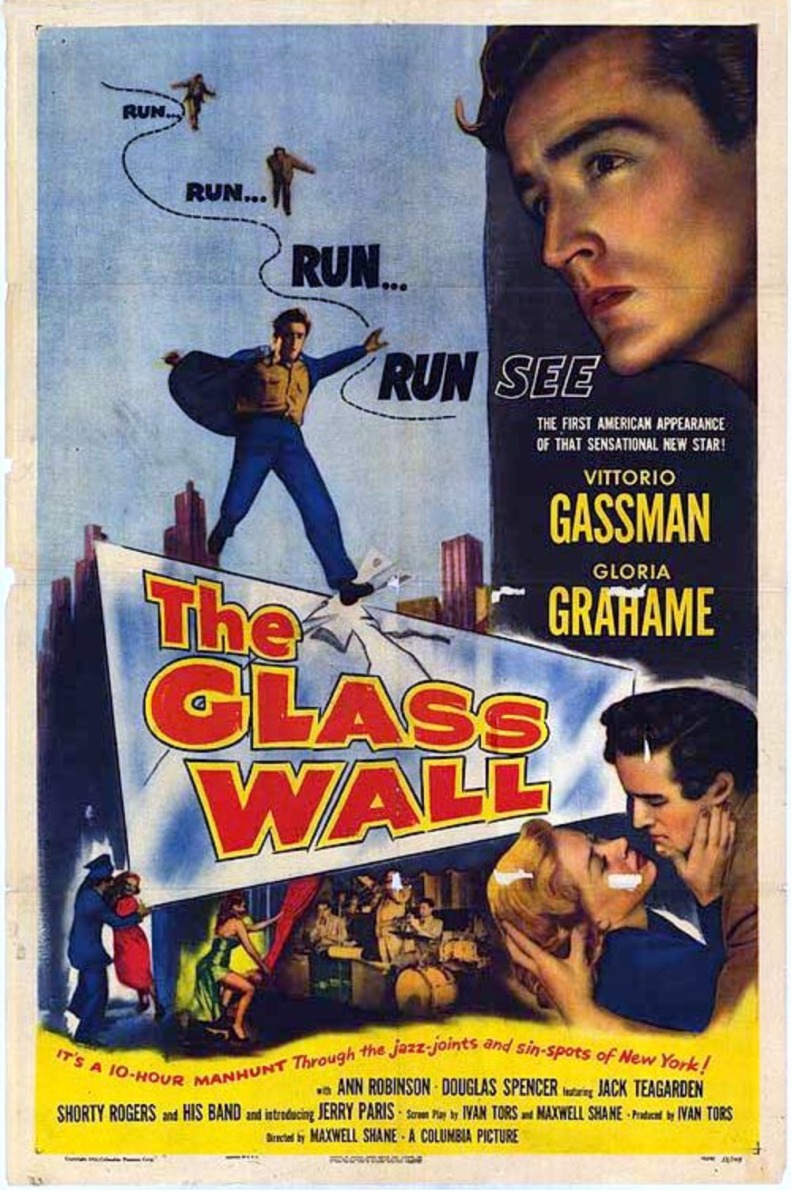 Peter says that he has no home to go back to, gives some sob story about how he was interned in Auschwitz and how his entire family died in the gas chambers…Actually that is very sad. The authorities say that doesn’t matter. Peter goes on to say that they have to let him in because he helped with the war effort during World War II, by saving the life of a wounded American paratrooper, keeping him hidden from the Nazis. Oh, come on! Let this man in already!

The inspector says they might be able to help Peter out if he can verify his story. They ask for the Paratrooper’s name. Peter tells them the paratrooper’s name is Tom … just Tom. They ask him Tom’s address. Peter says Tom lives in New York City. They tell him that New York City is pretty big place and there are many Toms that live in it. Peter tells them that Tom also plays the clarinet, and if they could just let him search around the jazz clubs of Manhattan, Peter would be sure to find Tom. They say no can do, and refuse to let him leave the ship

Later that evening, a guard gives Peter a copy of The New York Post with his mug splashed across the front page. There’s a human-interest story about him and the fact that he has to be shipped back to Hungary. Peter punches out the guard and escapes from the boat. He’s on the lamb! I guess Peter figures if he can find Tom, the clarinet player somewhere in New York City, his story will get verified and he can finally find peace living in America. Still, he broke a couple of ribs in his fall off the boat and isn’t in the best of shape. Dammit, it’s just not fair!

Peter runs around to a few jazz clubs, but no Tom, the clarinet player. He stops in Tom’s Steakhouse for a bite to eat, but sadly, Tom, the clarinet player, does not work there. An unemployed, ex-shoelace factory worker named Maggie Summers (Gloria Grahame) is also enjoying a bite to eat in the restaurant until she decides to steal a coat. The owner of the coat cries “Thief!” and Maggie is on the run! Peter catches up with her in Central Park, tells her to crawl on her belly to evade the police. He makes her take him back to her apartment. 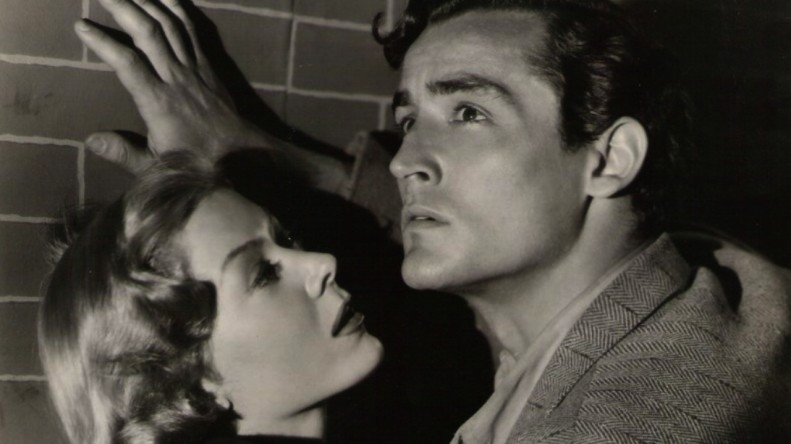 Meanwhile, Tom, the clarinet player (Jerry Paris) is playing cards at a club somewhere in Manhattan. His girlfriend tells him that she got him an audition with Big T’s band, but he has to play with them that very night. While freshening up in the bathroom, he notices the newspaper in the trash. Tom wants to go to the authorities and help the guy who saved his life from the Nazis, but his girlfriend convinces him that the gig is more important. Meanwhile, Peter is held up at Maggie’s apartment, getting beaten up by the stinking drunk son of the landlady. I don’t think any of this is going to end well for poor Peter. Dammit, it’s just not fair!