The best kind of science fiction is the kind that blends genres, forms, themes, social issues into a stew that heartily sits in a reader’s stomach. It’s this kind of blending that makes Sloane Leong’s solo Image Comics debut so tantalizing. From panel one we’re given psychedelic fantasy, inter-planetary refugees, and impossible alien forms. And all of this is the plate on which we’re served issues of displacement, individuality, colonialism, and the slow erasing of the self in service to obstinate authority.

We begin with Vep, adrift in space. She and the people of her world are refugees of an unnamed tragedy that has made home unlivable. It is only through the intervention of a secretive empire of worlds known as The Chorus that they are able to continue living. It almost sounds like an antiquated pulp premise, but Leong works magic with. Vep is taken from this new home and is started on the process of separation from herself. And this is done in the most colonialist way possible: violence and deception. She has the promise of potentially finding a new home to settle, but not before being trained to forget herself. To exist in the world of The Chorus, there is no individual. Their will supplants all others. They teach an instinct for violence that runs counter to what Vep knows in her world. Her self is slowly erased over these first five issues.

The synthesis between visual art and story is one of the most peculiar things about modern comic storytelling. If one doesn’t complement the other, the overall effect is lost to the reader. Leong’s methods for storytelling in this visual medium absolutely sing to the story she tells. As readers, we’re shown worlds unlike our own and can feel lost in the unfamiliarity. This is what Vep as a character experiences as well. This is unfamiliar; this is strange; this passion fruit-looking cocoon is not a bed I’m familiar with. The art goes beyond their standard grids while text bubbles disappear into the bleed of the panels to complement not just what Vep sees, but how she experiences. 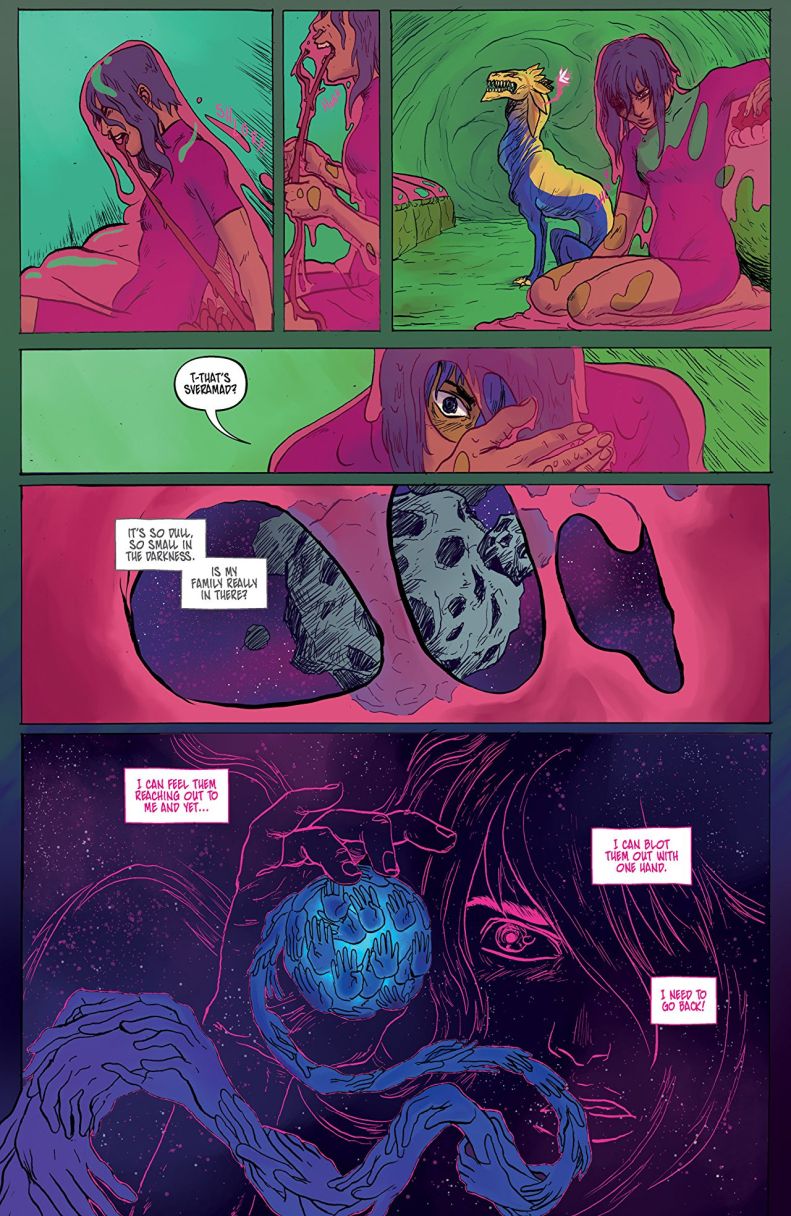 It’s technicolor psychedelia while her consciousness is being dismantled because that’s how malleable her mind has become in the story. To see this destruction of her mind reflected in a way that’s jarring yet fascinating is a testament to how well planned each panel and page is throughout each issue.