Comics Are Trying to Break Your Heart #22 by Drew Barth

When we talk about comics we also talk about the unique environment in which they are produced. Collaboration is key and, as time goes by, strong teams emerge. We have the classics like Stan Lee and Jack Kirby as well as Denny O’Neil and Neal Adams. In the more recent era, we have teams like Grant Morrison and Frank Quitely, Kieron Gillen and Jamie McKelvie, and Ed Brubaker and Sean Phillips.

Brubaker and Phillips made a major contribution to the canon of graphic literature with My Heroes Have Always Been Junkies .

Junkies is the story of Ellie, a young girl in a rehabilitation facility with romantic notions of drug use in conjunction with art and music. We follow her through her short time in the facility, her escape, and subsequent consequential misadventures. As a graphic novel, it is absolutely everything a reader would want from Brubaker and Phillips: moral ambiguity, crime, silent panels, expressions that fill empty space with unspoken words, noir as all hell feelings of labyrinth running, and an ending that falls like an anvil on our collective stomachs. There is a reason Junkies is up for an Eisner award this year.

My Heroes Have Always Been Junkies is stand alone, but it is also a part of a wider series of comics Brubaker and Phillips have been working on together for over ten years called Criminal. And I will admit that Junkies is my first foray into this decade-long crime opera they have created.

I want more of it. Luckily, there are roughly seven different collected editions of the various series and a new mini-series coming out through Image right now.

Series like Criminal are fascinating in how the Brubaker and Phillips team have been maintaining this singular story for over a decade now through multiple mini-series and two different publishers. On the surface, very few comic creators operate in this way. A typical series runs anywhere from twelve to sixty issues over a year or more and that’s it. With the exception of Kieron Gillen and Jamie McKelvie’s Phonogram, not many other teams have been putting out these smaller scale and interconnected stories. And to add a graphic novel like My Heroes Have Always Been Junkies to the mix just makes this extra element to the stories Brubaker and Phillips are telling. As a team, they are creating comics on a macro and micro level that can explore what it means to be a complete story. And I love that that kind of experimentation with the form can not only exist, but thrive as well.

The stories that Brubaker and Phillips create come with their own soundtrack. One of their collaborations from a few years ago, The Fade Out, is a story that sounds like the pop and fizzle of a record player that needs to be hand cranked. It sounds like someone laughing through a wall at a party when we thought everyone had already left. The Fade Out is seeped in old Hollywood noir and I don’t even mean the movies of the era. As a twelve issue piece of Brubaker and Phillips, it is one of the greatest pieces of comic fiction of this century. 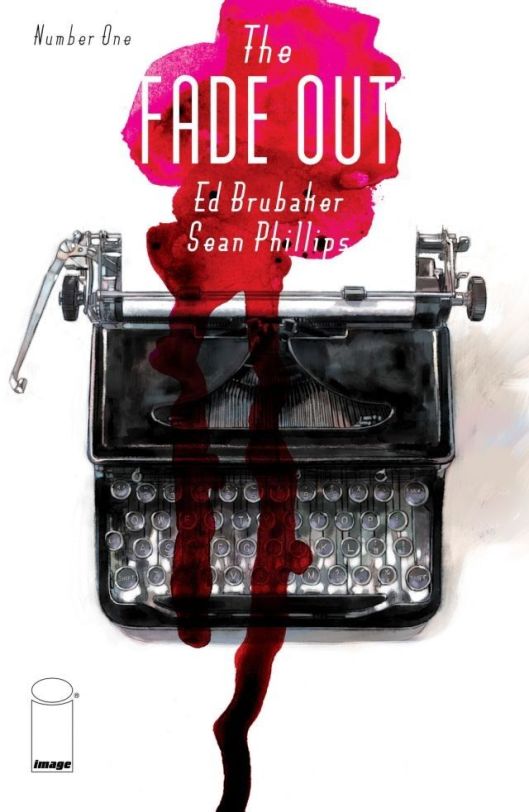 Collaboration is the heart of comics. To look at a page from Brubaker and Phillips or Gillen and McKelvie or O’Neil and Adams is to see a conversation. Whether what we see dazzles us with pure pop splendor, amazes us with the hammers of justice smiting evil, or brings us quiet panels with menace laced through their gutters, we always know when we see a great page of comics. And to see many of these creators making some of the greatest work possible only adds another layer to the joy that comics can create. Because comics are rarely about the singular. Even stories by one creator still have the people we don’t see or hear contributing and helping in ways we’ll never know. To keep comics as a medium fresh and fantastic, we need those collaborations and partnerships. More voices in comics will never be a bad thing.

Get excited. We’re making stories together.