I often resent television. I feel better compensated for my time when I listen to audio drama or read books. When I saw there was a new Dracula series on Netflix, I knew I’d only want to see it if somehow Steven Moffat had written it.

In Dracula, Bram Stoker gave the world a complex and cryptic masterpiece. The book is epistolary, a trunk full of letters and clues, and it’s only because it’s famous that we know it will amount to more than the sum of its parts. Though it has some clear plot points, many of its ideas are hard to detect, and much of what passes for its story are assumptions. The “story” inside it is something the reader must make up for himself. To read it is to re-invent it, on the fly.

Steven Moffat’s stock in trade is re-invention. His genius is in not in stories, but in his take on them. The first scene of his Dracula re-writes the novel in a weirdly faithful way: the wooden stakes we see in Sister Agatha’s bag before she starts her interview,  her hilarious false-interest in Dracula’s sex life, and her rant about God (similar to one given by a sister in Don DeLilo’s White Noise) make the script literate without being literary. This marks the divergence between the subversive and the simply dumb.

Moffat rarely settles for a cheap surprise, always holding out for true subversion that makes story twists satisfying. The subversions of this Dracula are so deft and pleasantly startling, the script feels like a promising early work, one left sitting in Moffat’s desk since before his exhaustion at the hands of Doctor Who. Even so, this new Dracula (while very good) is not quite intricate enough to demand a re-watch. As the novel was a bit of a puzzle, I found that disappointing.

The show’s only bad moments involve the villain’s wise-cracks, marred with anachronistic turns of phrase.  It’s tempting to blame Gatiss’s writing, but the same dialogue-landmines were everywhere in Moffat’s Jekyll, so he must shares the blame. Quipping villains (traditionally) help us sympathize with the devil, and at their best they’re like one of William Blake’s Proverbs From Hell: “Excess of sorrow laughs, excess of joy weeps.” Maybe a dim memory of that explains why critics still consider sympathetic villains a sign of excellent writing. That and some nostalgia for Byronic darkness might be why otherwise good writers cram wit into their villains’ mouths. Stoker would not have approved, since his novel’s theme was that mankind is already, by its nature, sympathetic to evil; Stoker’s art shows us why we shouldn’t be. This show abandons that theme, which is why it sometimes lacks daring. 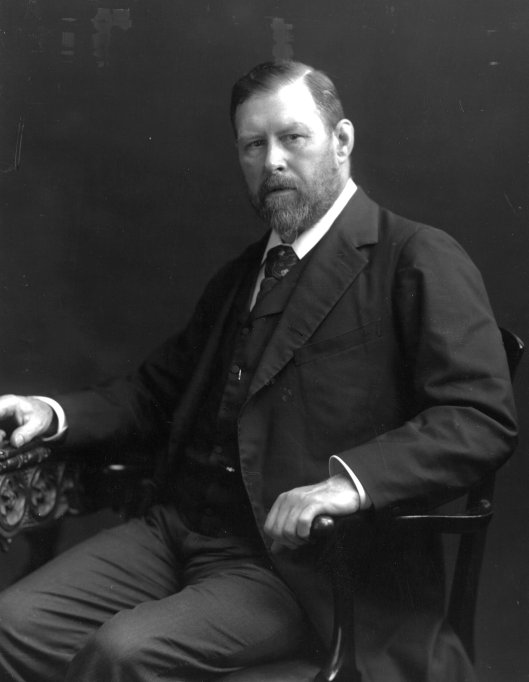 Bram Stoker’s Dracula was written just as the first rays of 20th century prose threatened the deathless clichés of the 19th. In Dracula, handwritten letters are full of misunderstandings and pompous mistakes, while practical, typewritten ones actually help the good guys win. It’s a book about how an ancient monster was ultimately no match for incredible new wonders of the age, like telephones, and women who can type. When the good guys win, it’s less like David killing Goliath and more like War of the Worlds, where ultimately, the germs of our planet took the alien invaders down. Dracula was not a story of heroic victory, until the reader accepted that true heroism lay in careful, sharp perception. That insight drives the humor, horror, and surprises in the Gatiss / Moffat adaptation. It is absent from all others I’ve seen.

Deep faithfulness aside, the show betrays the book in exactly the right way, too: the show’s writing isn’t cryptic—it’s just clever in its exploration the original text.  Together, these episodes provide a grandly entertaining vision of the novel. If nothing else, their Dracula is a good way to enjoy the depth and suggestiveness of the old story.

If you feel you’d rather watch something else on Netflix, let me remind you: there’s a library near your house, and you should go there instead.

Michael Merriam is a writer and game designer based in Orlando, Florida. His work has been featured in the LA Review of Books, Time Out, The New Yorker, and World Literature Today, among other publications. He is the co-founder of Partly Wicked, a blog that explores escape rooms and other cryptic immersive media, and he teaches Writing for Games at Full Sail University.