If Kenneth Branagh’s Hamlet is a luxury train under the blithe control of an engineer who’s uninterested in whether his cargo stays on board while shooting through an icy landscape, then the engineer of A Midwinter’s Tale cares not only about his passengers, but their baggage as well.

Kenneth Branagh wrote and directed this film about a troubled production of Hamlet just before he filmed his own adaptation of Hamlet, and both films came out in the U.S.A. in 1996, not that both films received the same amount of attention. Few people know about A Midwinter’s Tale. It is one of Branagh’s truly fine works despite his not appearing in front of the camera.

At 33 years old, Joe Harper (Michael Maloney) is nearing the end of his vital years as an actor without having the ability to find any acting jobs, despite the best efforts of his indulgent shark of an agent Margaretta (Joan Collins). Joe’s sister Molly is trying to raise funds to save an old church in the tiny village of Hope, Darbyshire. His solution to both problems is to mount a production of Hamlet in the church on Christmas Eve, with him as director and, obviously, also playing the lead role. The cast and crew are comprised of people even more desperate and dysfunctional than he is. 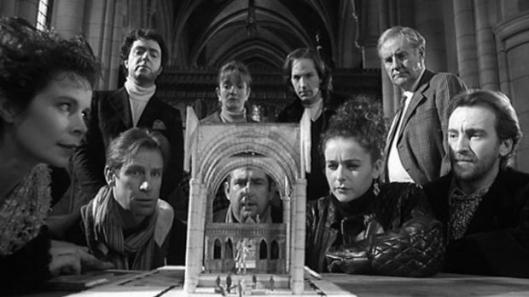 As I said in #12, this is Branagh’s good Hamlet. It would be another eleven years before Branagh would direct another worthy Shakespeare film (As You Like It, 2006).

A Midwinter’s Tale is just over an hour and a half. It’s shot in black-and-white, which makes it not resemble Love, Actually at all. 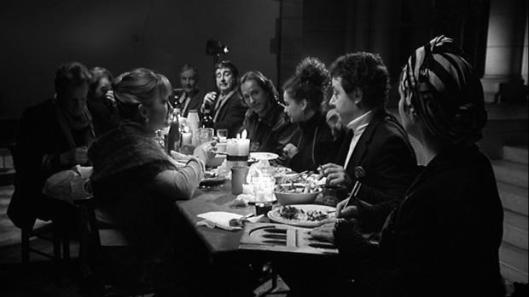 The ensemble cast is a marvel. Richard Briars, who has played in all of Branagh’s Shakespeare films, plays a veteran actor who bullies his way into this wayward production because he yearns to perform in Shakespeare just once. He is rather surprised in the read-through at the start of rehearsals to discover that Gertrude will be played by a man in drag. Julia Sawalha (who played Fiona in Ab Fab) plays Nina, who will be a nearsighted Ophelia whose emotions run high. Michael Maloney (who would go on to portray Lartes in Branagh’s Hamlet) is a wonder, and reminds us that gifted actors are ignored every day. 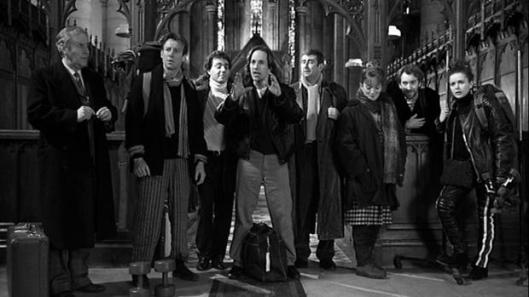 There’s a light, old-timey nightclub song called “Why Must the Show Go On?” that is heard twice in the film.

Branagh’s actual film of Hamlet doesn’t seem to have the answer, or to have even asked the question, or perhaps he answered the question to well with A Midwinter’s Tale.

In this modest comedy, a variety of British actors play actors playing in Hamlet, and Branagh’s writing is so deft here. There is obtuse slapstick mixed with speedy, dry wit, and the story manages some dramatic, emotional moments about life’s great disappointments from people who understand their disappointment and are trying, urgently, to transcend it. In this meta-context, Hamlet is a tragedy that these actors can tap into, and the connections are surprising. By contrast, Branagh’s Hamlet is affected, too composed, too in love with its own decoration.

A Midwinter’s Tale is a wonderful Christmas film, and happens to be my 3rd-favorite favorite Hamlet of all time (after the Zeffirelli and Stoppard’s Rosencrantz and Guildenstern are Dead).