The Curator of Schlock #128 by Jeff Shuster

(Did Ennio Morricone score all of these movies? )

Yeah, I know it’s Friday the 13th and you all are expecting me to review some movie about a guy in a hockey mask, but we’re having a post-1980 boycott over here at the Museum of Schlock. Don’t worry. I came up with solution to celebrate this Friday the 13th. I have in my hands volume 13 of Blue Underground’s Midnight Movies series. For only $9.99, you can buy this Suspense triple feature featuring The Fifth Cord, The Forbidden Photos of a Lady Above Suspicion, and The Pyjama Girl Case. I’ll be reviewing each one these for the remainder of Mystery Month. We’ll start with 1971’s The Fifth Cord from director Luigi Bazzoni. 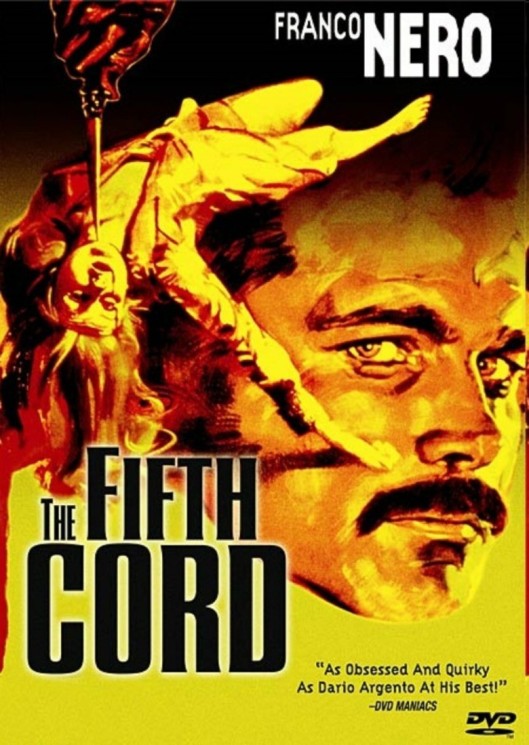 I have to admit, I’ve watched this movie twice and I still don’t know what it’s about. Well, I mean, it’s about murders and characters trying to figure out who the murderer is, and the murderer is a pretty sick and twisted fellow. 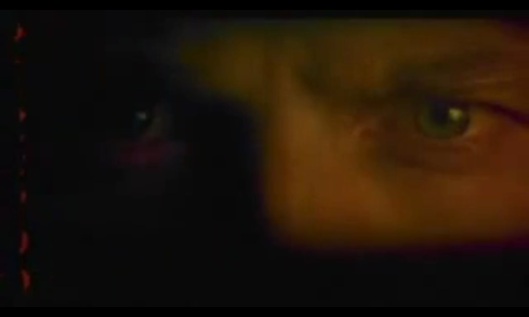 The movie starts with a recording playing the killer’s maniacal thoughts. The killer says,

“I am going to commit murder! I am going to kill another human being. How easy it is to say. Already, I feel like a criminal. I’ve been thinking it over for weeks, and now that I have given voice to my evil intention, I feel comfortably relaxed. Perhaps the deed itself will be an anti-climax, but I think not. Already, I can imagine the excitement, the thrill and the pleasure I will experience as I stalk my victim. How much effort is required to strangle? Perhaps a knife would be better? No. I want to feel the trembling flesh in my hands as I squeeze the life out of the body.”

Normal people don’t talk like this, folks. This dude has serious issues. In one scene he strangles an invalid woman to death before tossing her down the stairs. Or did he try strangling her to death, but was unsuccessful so he let the fall down the stairs finish her off? 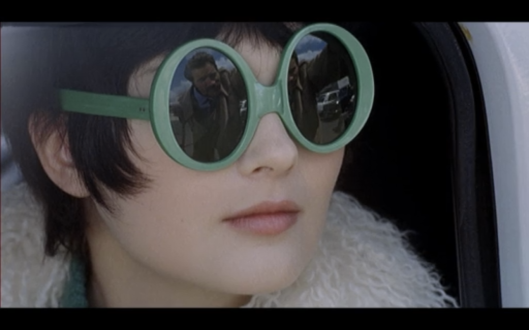 I think he slices a prostitutes throat and chases some old guy through the woods. I think the old guy has a heart attack. I don’t remember if the killer stabs him anyway. So much for his strangling fetish. The police are dumbfounded as usual, but at least we have ace report Andrea Bild (Franco Nero) on the case… 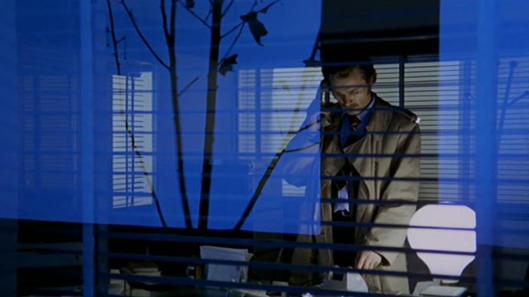 except he isn’t on the case half the time. He keeps pining for his ex-wife Helene (Silvia Monti) while sleeping with his young, beautiful mistress, Lù Auer (Pamela Tiffin).

I kept thinking the mistress would be in on the murders or maybe the husband of the invalid woman, a perv who spends his time watching private sex shows, but neither were revealed to be the killer. When the murderer is finally revealed, Bild gives a long, expository explanation through a voice over that’s a hat grabber if I’ve ever heard one. Still, it’s worth sitting through all of this to see Franco Nero wail on the murderer. Nero is a tough guy in the vain of Sean Connery and I have to wonder why he was never considered for James Bond. Come on. If we could have a Scottish James Bond, we could have had an Italian one. 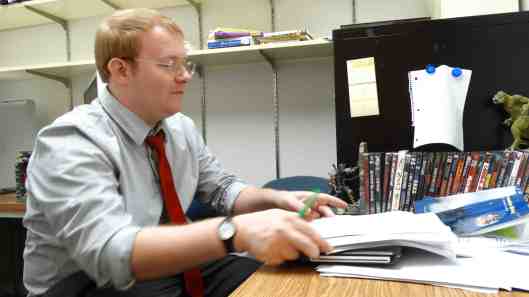