Tom Stoppard is a great playwright, a British postmodernist who well knows how literary meaning is culturally constructed. His play and film Rosencrantz and Guildenstern (1990) are wonderful accomplishments that construe the comedy team of Hamlet’s bumbling college friends as the hapless heroes of the story, as if Beckett were feeling more chipper and rewriting Hamlet with Didi and Gogo from Waiting for Godot. (Or Eliot, who in “The Lovesong of J. Alfred Prufrock imagines himself not as the tragic hero, but merely someone to swell a progress”—except Stoppard is wickedly funny, whereas Eliot never was). 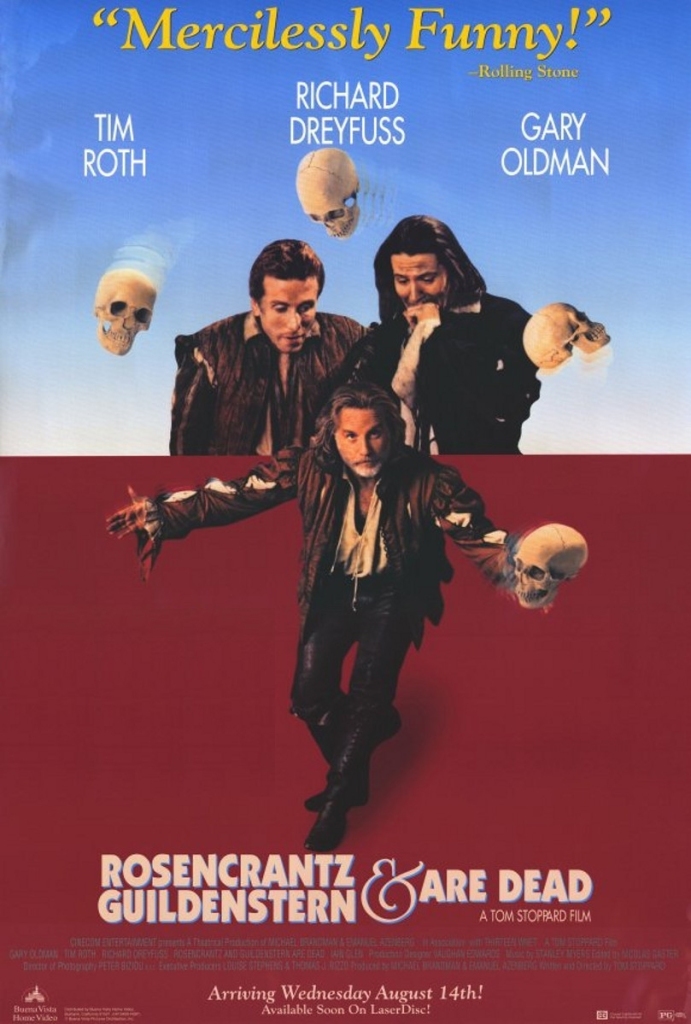 Stoppard’s film “adaptation” of Hamlet consists of more new material than Shakespeare’s original play, since the scenes not featuring tend to happen elliptically, in the background of R & G’s points-of-view. When the original text is enacted, the scenes come off as flat, as if their familiarity as set-pieces makes them odd, as if R & G can only guess their roles. 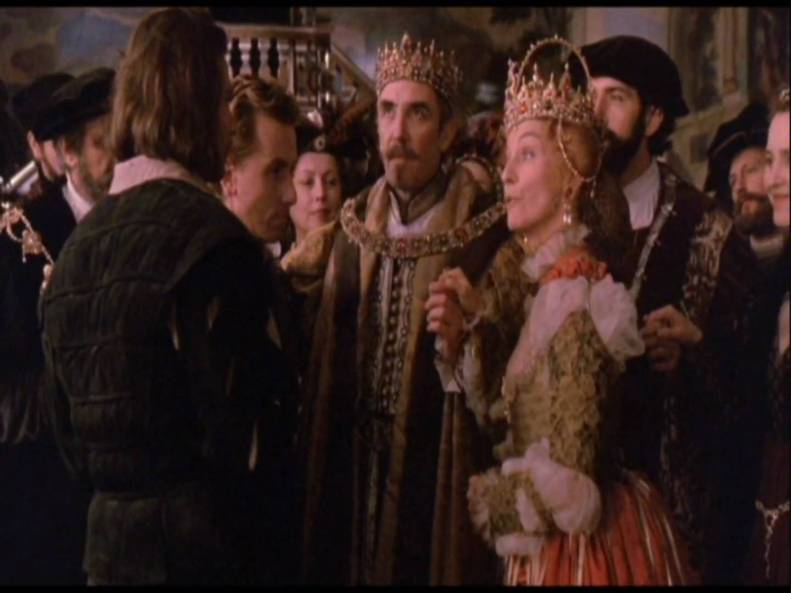 Iaian Glen (who plays Jorah Morment, always pining for his Khaleesi on Game of Thrones) looks like he is 19 years old as Hamlet, and does nothing wrong as an actor, except he never quite takes in R & G as being alive. Neither does Donald Sumpter as Claudius. R & G are interchangeable to the court.

Or maybe it’s to indicate our own overexposure to this Freudian tragedy, or Stoppard’s weariness with it, as a playwright contending with this warhorse. Or maybe it is to drive the point home that we are R & G, and their vivid confusion in this grand narrative of someone else is our lot. (It’s just like life, really.) 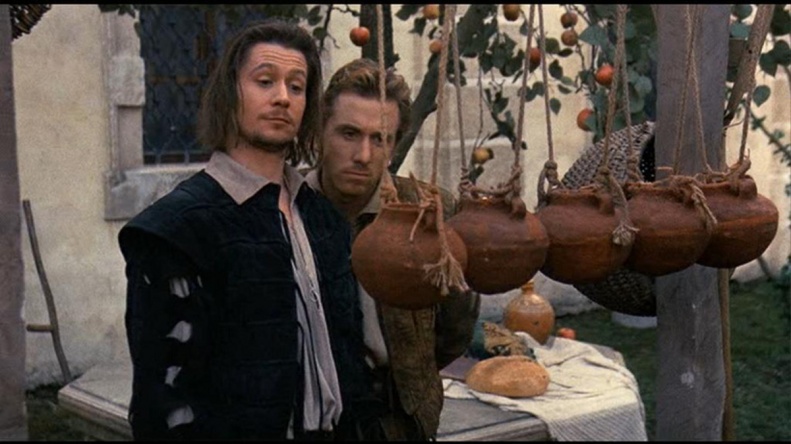 Tim Roth and Gary Oldman are priceless as the titular comic characters, questioning their existence and purpose—with brilliant obtuseness—all the way to the gallows. They are like Laurel and Hardy on hash, with a spot of Monty Python tossed in. Gary Oldman is the vulnerable, Stan Laurel type. Tim Roth is the alpha of these two fools.

The other remarkable performance in this story is the bombastic, elusive, and debased lead player, as played with astute panache by Richard Dreyfuss. His refrain about his own low standards, and the necessity of pleasing the awful tastes of audiences, is “Times being what they are…”

He is now, of course.

We are left to ask, along with the creature of Robert Frost’s “The Oven Bird,” “what to make of a diminished thing”? An astounding lot, actually.