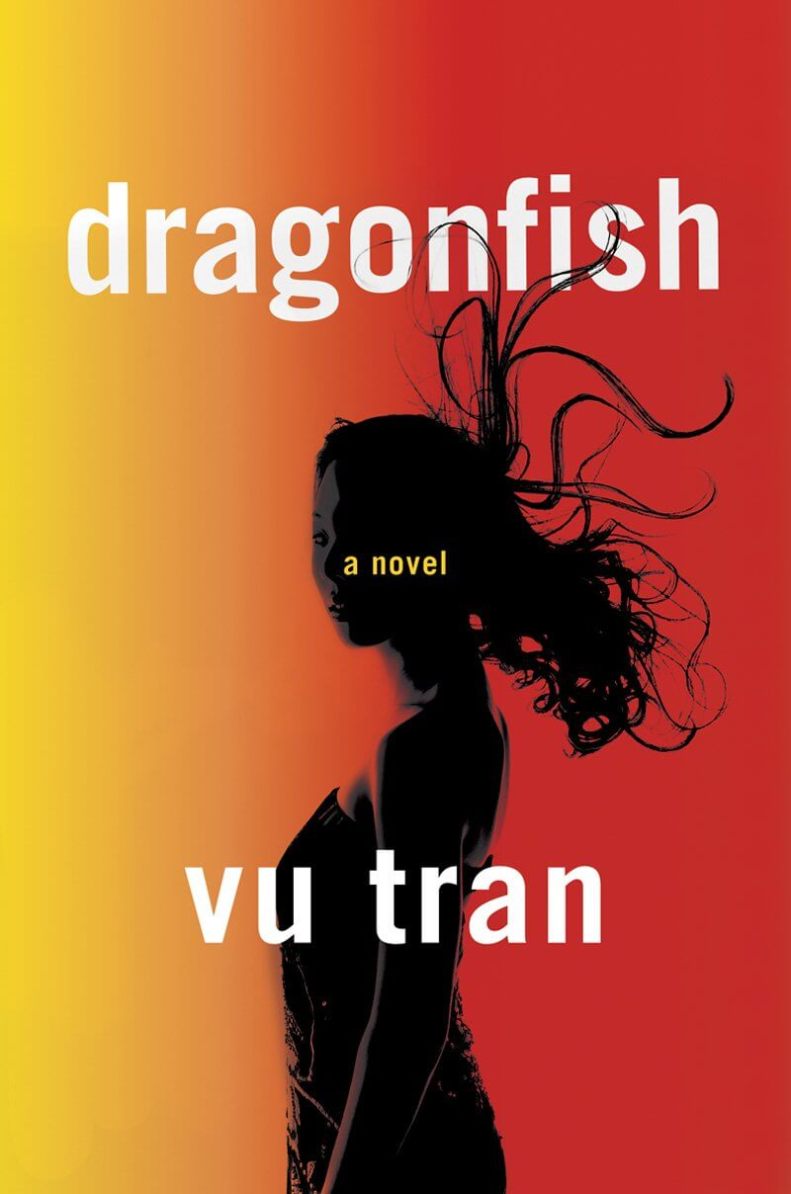 Vu Tran’s debut novel, Dragonfish (2015), reads like a neo-noir, existential thriller. The characters are calculating, the dialogue sharp, and the narrative immersive and intriguing. Tran gives these characters a sense of displacement and a yearning to connect with the past, despite the traumas awaiting such nostalgic endeavors. This is a novel of fragile emotional reconciliation where resolution is as foreign a concept as transformative redemption. Here, the search for answers is an endless venture not relegated to conventional standards.

Robert Ruen, or “Bob,” is a middle-aged Oakland police officer. He is enlisted to aid in a most unusual task by the very man his wife married after leaving him. Robert’s narrative voice is spoken with isolated cynicism, resembling the reluctant anti-heroes who permeate modern-day noir. But this isn’t only his story. His estranged ex-wife, Suzy, a Vietnamese refugee, dominates nearly every page, from jarring flashbacks to first-person italic-laden entries to her equally estranged daughter, Mai.

In hauntingly lyrical fashion, Suzy represents the object of psychological desire for most of the characters. Robert struggles with the reasons why she left him eight years prior and into the arms of a Vietnamese smuggler and gambler named Sonny Nguyen who lives in Las Vegas. Memories of his volatile relationship with Suzy fill Robert with guilt over his failings as a husband and the verbal and physical violence that often brewed to the surface between them. That was all in the past, until Sonny’s henchmen arrive at Robert’s apartment, holding him at gunpoint for answers. Suzy has disappeared, and Sonny wants Robert’s help in finding her. Playing detective for a dangerous, unpredictable man of wealth and with no shortage of hired thugs on his payroll is a risky move for sure, but Robert discovers that he is every bit as concerned for Suzy’s whereabouts as is his nemesis.

And so begins a dysfunctional effort between two foes who soon discover that they may have more in common than they initially believed or ever wanted to consider. Robert’s journey through the seedy underbelly of Las Vegas brings him to several disturbing realizations about the past, and the threat of violence from Sonny or his thugs, if he should fail, is always prevalent. Perhaps the most troubling self-discovery Robert arrives at after days of frequenting pitiless casinos and shady clubs is that his marriage from Suzy was doomed from the start. She was and always would be an enigma:

“We were always going to fail,” he says. “On our honeymoon, I knew it. There was some denial there, but really I knew it was just a matter of time.”

Suzy’s story is delicately intertwined within the mystery narrative in the form of letters to the daughter she abandoned. Presented as whole chapters, Suzy’s words reveal a tragic upbringing in her Vietnamese homeland. She met her first husband, a captain in the air force, at seventeen. After she become pregnant with her daughter, her husband was ordered to Communist re-education camps, eventually never to return. Suzy’s given name, Hong, travels with her to a Malaysian refugee camp, following the fall of Saigon. It is there, we learn, where she first met Sonny Nguyen and his young son. Her letters reveal a conflicted soul, driven to near madness, but strong and determined to find a better life for her daughter. Persistence is a virtue evident in Hong’s Vietnamese culture, and the refugees who surround her share similar desires in finding a new and better life abroad:

“But that is another story,” she writes her daughter. “I have twenty years’ worth of stories I can tell you, each one inevitably a shadow of the other. Which ones do I tell you now?”

Divided into five parts, just under three hundred pages, Vu Tran’s Dragonfish, is clearly as fixated on Suzy/Hong Thi Pham as the male characters driven to find her. We never get much in ways of Robert’s background beyond his all-American cop persona. Much of that, however, is the point of a novel that presents noir from an immigrant point of view. The challenge of assimilation is a consistent theme as is the search for one’s identity. Transcending classic noir trappings, most of the characters play against type.

Robert lacks a definitive character arc, which seems intentional, considering that his detective skills are not the main force behind the narrative. Sonny and his son, Jonathan, or Sonny Jr., are menacing as they partake in their own corrupt version of the American dream, but they are far from criminal masterminds and can be quite sympathetic at times, despite their impulses.

Suzy’s daughter, Mai, is strong-willed and independent, unshackled by American or Vietnamese culture. She plays neither Femme Fatale or damsel in distress. Victor, a henchman who defects against Sonny, and Happy, a close friend of Suzy’s who possesses her most intimate secrets, are both major players of the story who inadvertently provide Robert with some crucial answers throughout his serpentine quest, though he consistently remains an outsider, pleading, at one point, for both Happy and Mai to speak English during a heated conversation between the two.

The femme fatale, vengeful husband, and suitcase stuffed with stolen cash motifs are given a fresh, unique spin of dual narratives, redemptive and utterly soul-searching. When Robert attempts to understand the motivations behind Sonny’s search, Sonny Jr. cynically argues that Suzy was never Robert’s in the first place. Suzy/Hong, he explains, will always belong to them.

“America, Mr. Robert, is not the melting pot you Americans like to say it is. It’s oil and water. Things get stirred, sure, but they eventually separate and settle, and the like things always go back to each other.”

The frank refusal of integration and embrace of sameness speaks volumes of America today. Robert’s own bitterness about the cultural divide between him and Suzy erupts:

“You know why she married me? I was safe. I was a dumb American who would take care of her. Do shit for her. Protect her from whatever.”

In his debut novel, Tran plays the role of crime novelist well. His work echoes Walter Mosley, Mickey Spillane, and Sue Grafton, but it’s decidedly all his own. Such passages display his flawless establishment of mood, which is perhaps the story’s greatest strength: “As I tried to keep pace with Mai, a shiver of claustrophobia—of sudden loneliness—ran through me. Driving up into these casino garages, with their stark fluorescence and low ceilings, their serpentine corridors, felt more like a descent, a submersion into something airless.”

Dragonfish is a taut, poignant mystery that feels classic while transcending its genre conventions. Through its haunted visions, the world we know feels more vivid and real. 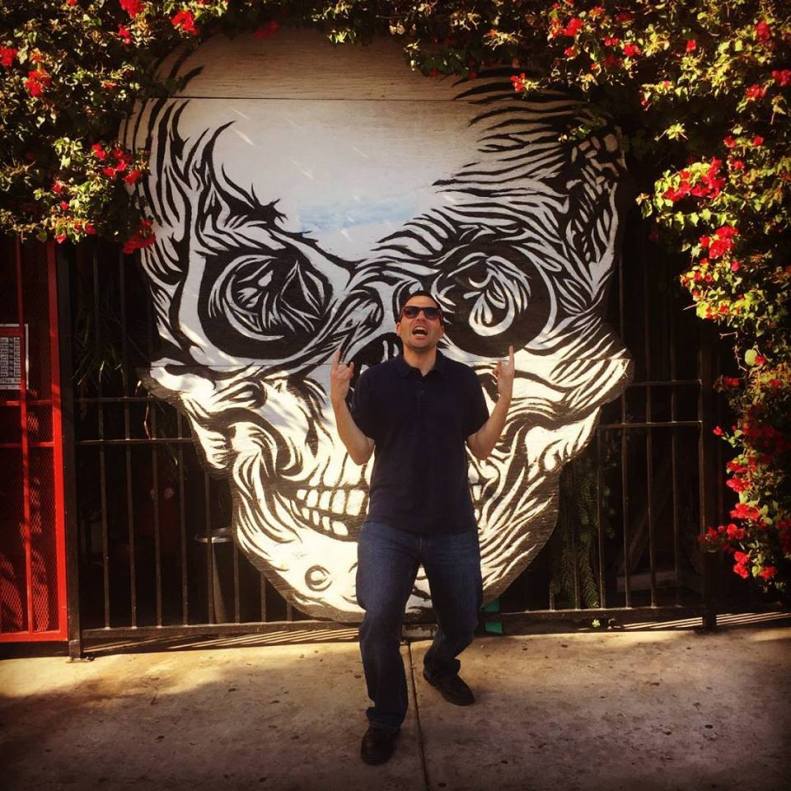