Can Tom Hiddleston carry Henry V alone after we have watched him acting alongside Simon Russell Beale and Jeremy Irons in the two parts of Henry IV?

Hiddleston was excellent as the sleazy, wild Prince Hal, and was impressive in his coronation at the close of Henry IV Part 2. As the king in Henry V, his hoarse elocution is impressive, and if I were listening to this in the dark, I might like it fine. Hiddleston’s voice is quite an instrument. 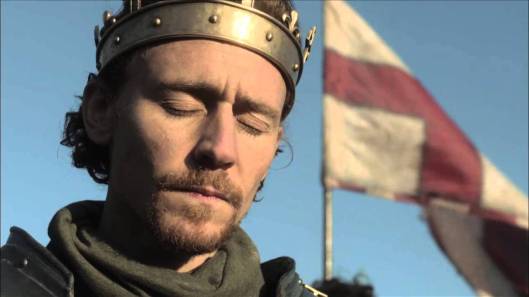 But his performance as king seems stiff, perfunctory, and a little sleepy. He seems rather lanky to be strong in medieval battle. His beard is thin and slender, perhaps in a laborious attempt to bring this play cycle full circle by making him resemble Richard II, which somehow makes the loss of Simon Russell Beale and Jeremy Irons more obvious. Because his father usurped Richard, Henry wishes to restore balance and credibility to the nobility of the monarchy.

More Richard II? No thank you.

Besides trying to bring season 1 of The Hollow Crown to a close, this film is also competing with Kenneth Branagh’s 1989 adaptation of Henry V, which is simply one of the best films of all time, showing Branagh at his very best. 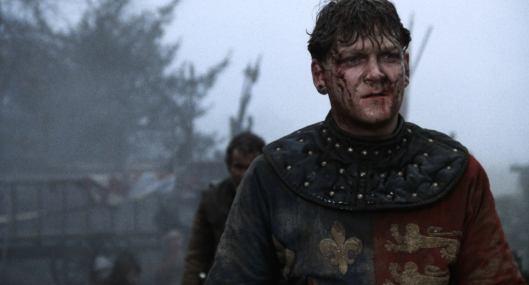 Any other film (like Thea Sharrock’s) that attempts this play in an accurate historical setting will seem like someone trying to remake Citizen Kane.

John Hurt does give a touching performance as the Chorus.

And Mélanie Thiérry is wondrous as Princess Katherine. In fact, this version of Henry V actually redeems what I have long considered to be Shakespeare’s worst scene: the English lesson. Shakespeare perversely delighted in mocking the French accent long before Monty Python did so. Nevertheless, here, Thiérry  as Katherine asks her nurse for the English words for parts of the body in a way that really is about the subtext, which is far more interesting than the text. Katherine intuits that she may be wedded off to Henry should he be successful, and needs to know his language. The scene plays earnestly rather than comically. The scene is about her identity, her future, and, for all of its enumerations of parts of the body, whatever might count as her sovereignty. 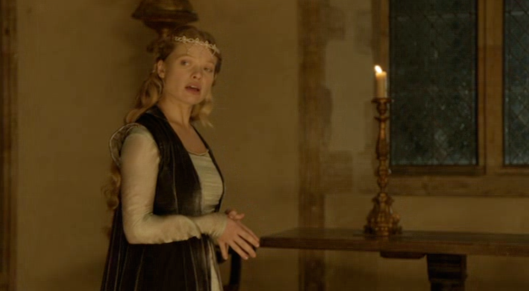 If only the play were about her.

Henry V works so well as a standalone play, so perhaps it is not surprising that it suffers from being the endcap to a quatrology of plays.