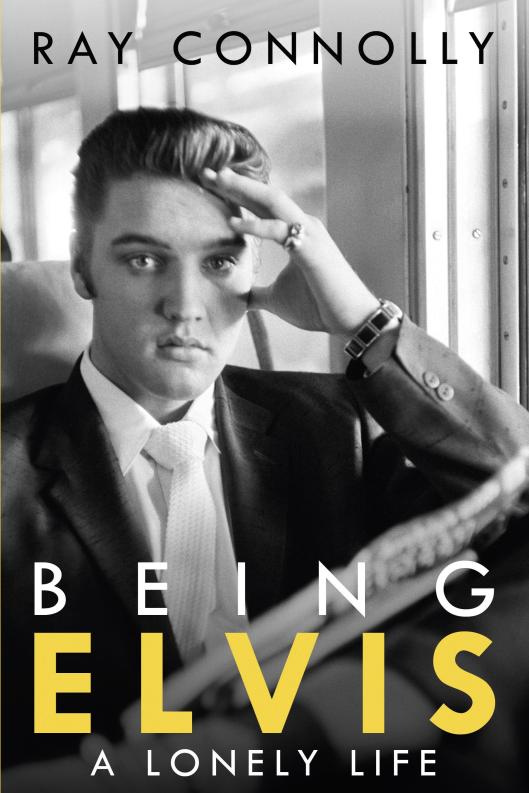 When I was asked to review Ray Connolly’s new Elvis biography, Being Elvis: A Lonely Life, my first thought was, do we need another Elvis biography? His life is already a part of our national myth. His meteoric rise in the 1950s from poverty in rural Mississippi to rock stardom represents for many the epitome of the American Dream, unheard of success in a land where anyone can become successful. His fall in the succeeding decades, becoming an overweight, drug-addled recluse, reminds others that there’s a price for that dream, a Faustian deal where happiness and integrity are traded away for wealth and fame. Writers have covered Elvis’ life from nearly every possible angle. Bookstores (or if you prefer, Amazon) are packed with personal memoirs written by nearly everyone who knew him—his ex-wife, cousins, girlfriends, various hangers-on, and even his maid—each vying to correct the record. Multiple biographies are available, too, ranging from Albert Goldman’s Elvis, a vulgar exercise in character assassination, to Peter Guralnick’s scholarly two-volume Last Train to Memphis: The Rise of Elvis Presley and Careless Love: The Unmaking of Elvis Presley. Published some twenty years ago, Guralnick’s book is well-researched, digging deep into the archives at Graceland, and thorough, offering an in-depth portrait of the King of Rock ‘n’ Roll, his influences, his motivations, his rise, his fall. Many consider it literally the last word in Elvis biographies. It’s still startling, though, to see it in Memphis’ touristy souvenir shops next to the bobbleheads and snow globes. Yet, new books about Elvis appear each year.

Ray Connolly is novelist and a journalist who interviewed many of the cultural icons of the sixties and seventies, including Bob Dylan, the Beatles, and Elvis himself. He enters into the constant conversation about Elvis with a psychological biography of sorts that explores, as the title implies, what it meant to be Elvis. A portrait emerges of man scarred by poverty in his youth and driven by an irrational fear that one day he could return to it. That fear, coupled with his love of music, fueled the relentless the artistic and monetary success of his early career, but it eventually led him to abandon his love of music to simply make money, and to such unwise decisions as his amphetamine habit to keep up the relentless pace of touring, his choice of the unscrupulous Colonel Tom Parker as his manager, and a string of lackluster films and concerts.

As a biography, Being Elvis adds little to what we know about Elvis, and his theme, being Elvis, often vanishes from sight only to reappear stuffed into the book’s final pages as Connolly wraps up his account. If I were to review Being Elvis solely by what new facts and insights Connolly brings, I couldn’t recommend it. We’ve seen much of this material before…and so has he.

As a story, though, Being Elvis is an exemplary use of novelistic techniques to draw a dramatic narrative from this well-known twentieth century musical phenomenon, Elvis’s rise and fall. So many memoirs and biographies simply string together the events of that life, linked only by passages that, depending on the writer’s perspective, argue that Elvis was a genius or a fool, a victim or a monster. Goldman fell easily into this trap. Guralnick didn’t, and neither does Connolly. This is a gripping Faustian tale for sure, and Connolly’s clear that the Devil is Colonel Parker, a man who knew little about music and came to use his superstar client as a cash cow to finance his own prodigious gambling debts. Connolly convincingly captures Elvis’ struggle between the desire to be a great artist and Parker’s incessant, cruel demands for more money. The reader feels the young Elvis’ wild joy in his music and his success. Later, that joy slips away as money replaces music, bringing an older but no more wiser Elvis only disappointment and desperation. For those who see Elvis as larger than life, Connolly’s deep empathy for a man scarred by poverty comes as a revelation. And it should. The writer who wants to tell history or write biography compellingly can look to Being Elvis and learn. 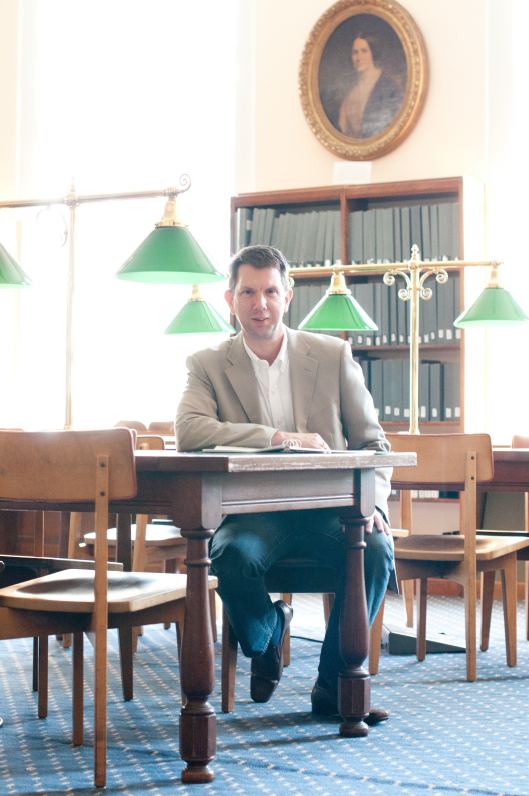 Scott Hoffman (Episode 66, 241) is an independent scholar and native Austinite living and working in his hometown. He earned his Ph.D. in American Studies from Purdue University in 2005 and is currently revising his manuscript Haloed by the Nation: Popular Martyrdom in Contemporary America. In 2008, he was nominated for a Lone Star Emmy for researching and writing The World, the War and Texas, a public television documentary about Texans during the Second World War. His publications include “How Do You Solve a Problem like Maria? St. Maria Goretti in the Post-Counter-Cultural World” in The CRITIC and “Holy Martin: The Overlooked Canonization of Dr. Martin Luther King, Jr.” and “‘Last Night I Prayed to Matthew:’ Matthew Shepard, Homosexuality and Popular Martyrdom in Contemporary America,” both in Religion and American Culture. This year he completed compiling an LBGT Resource Guide for the Austin History Center. In his spare time Scott likes to sing like nobody’s listenin’ and dance like nobody’s watchin’, which means he tends to wail and flail his arms a lot…