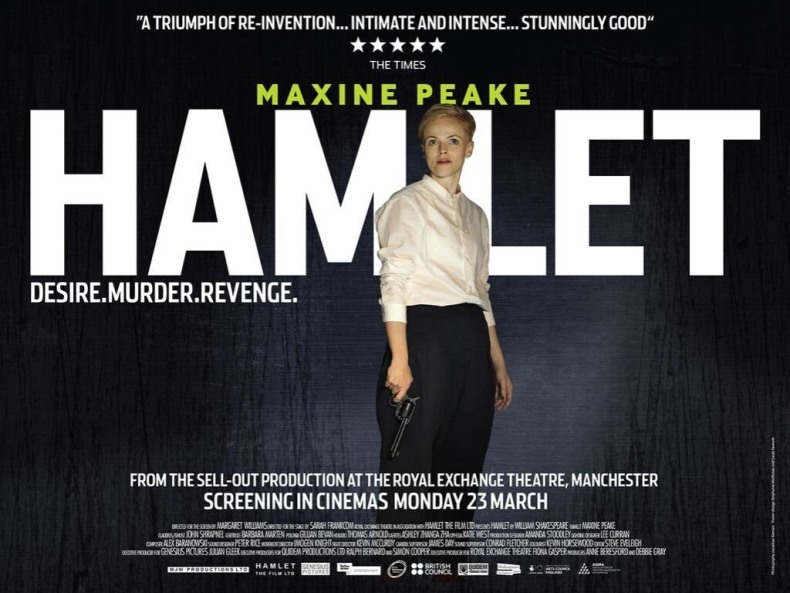 The Royal Exchange Theatre Manchester’s gender-bending production film of its stage version Hamlet makes me dwell on this passage:

Why, look you now, how unworthy a thing you make of
me! You would play upon me; you would seem to know
my stops; you would pluck out the heart of my
mystery; you would sound me from my lowest note to
the top of my compass: and there is much music,
excellent voice, in this little organ; yet cannot
you make it speak. ‘Sblood, do you think I am
easier to be played on than a pipe? Call me what
instrument you will, though you can fret me, yet you
cannot play upon me.

Maxine Peake plays our Danish prince. I found her to be a prodigious fairy queen in A Midsummer Night’s Dream, but didn’t know what to make of much of her go as Hamlet. She performed with a surfeit of braying and squawking, which seems like an exaggerated sense of what men speak like (though if so, perhaps she is right). She also didn’t look her fellow actors in the eyes very much, as if she is escaping the male gaze, including her own as Hamlet. Her sense of re- or un-gendering might be a secret she is keeping, like Hamlet’s secret kept from Rosencrantz and Guildenstern. 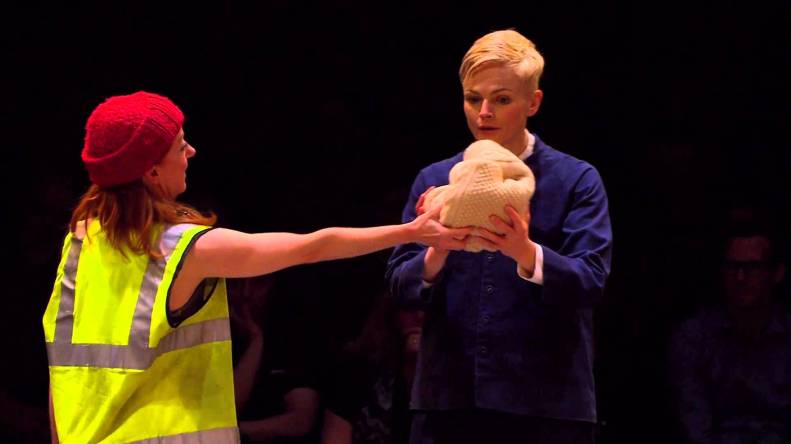 One great exception is when her Hamlet is taunting Polonia—the court advisor’s gender was also changed in this version, played by Gillian Bevan, who proves that women can be as pompous as a masculine courtly bureaucrat. 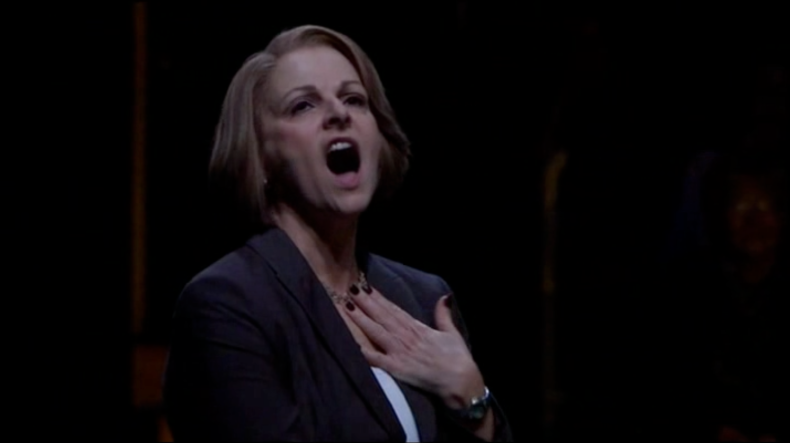 Before the action of Hamlet, the prince has been courting the advisor’s daughter. Polonia tries to draw out Hamlet’s secrets, and Peake, trying to throw her off the scent, makes Hamlet’s innuendos really adolescently grotesque. To another woman, Peake shows off her character’s misogyny. 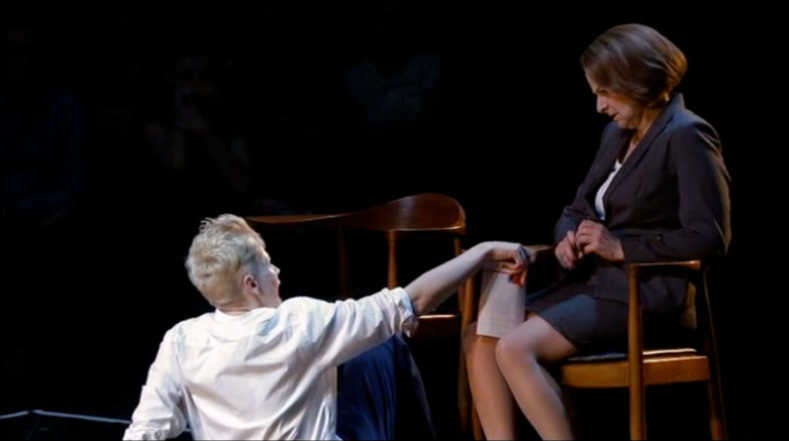 But this was a performance in which one almost had to watch around Hamlet to appreciate the play. The music of the language seemed forever out of rhythm, and off key.

This is not a bad production, though. I am humble enough to consider that there is something to the performance that I am missing. Perhaps Hamlet has to be out of joint, if Denmark is so smooth on the surface and yet secretly so out of joint. 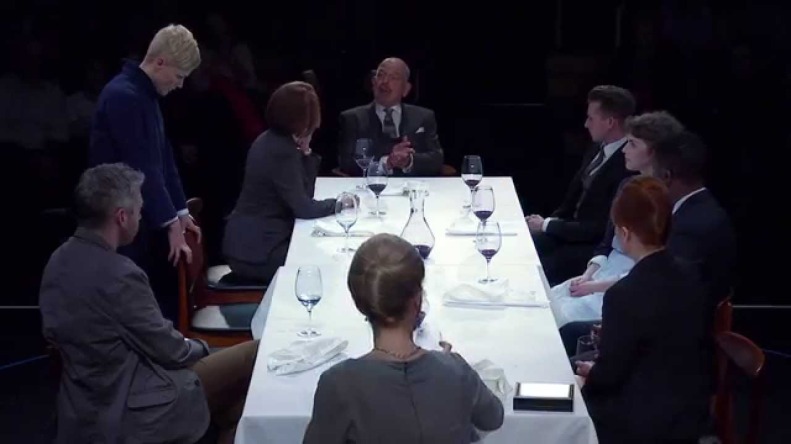 Katie West is this production’s Ophelia, and one of my touchstones for any version of Hamlet must be the quality of its Ophelia. West is impeccable. In being heartbroken by her incompatible loyalties, West seems to show every emotional wound. 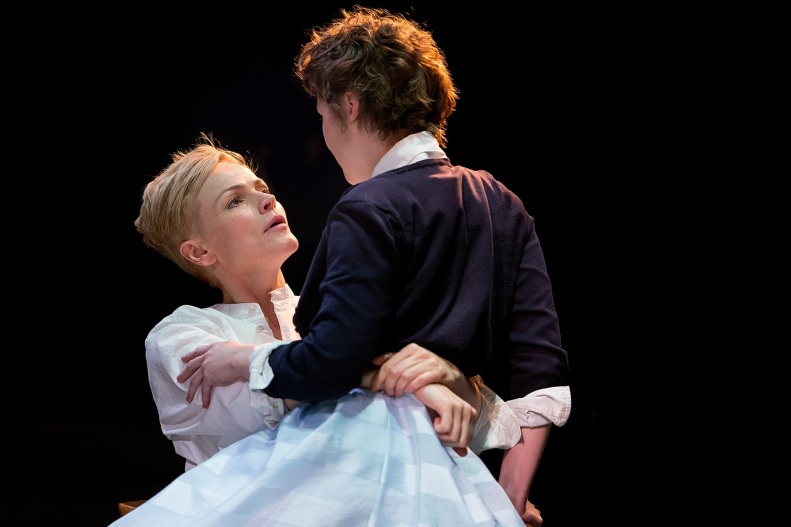 One decision that has to be made in each production is whether or not she and the prince have been sexually intimate, or whether their sub rosa courtship has been more innocent. Most productions indicate that they probably have been intimate, since that would explain some of Hamlet’s self-loathing, as his own lust might incriminate him in sharing qualities with his uncle. West’s Ophelia seems innocent, even though she doesn’t seem like an especially young Ophelia. 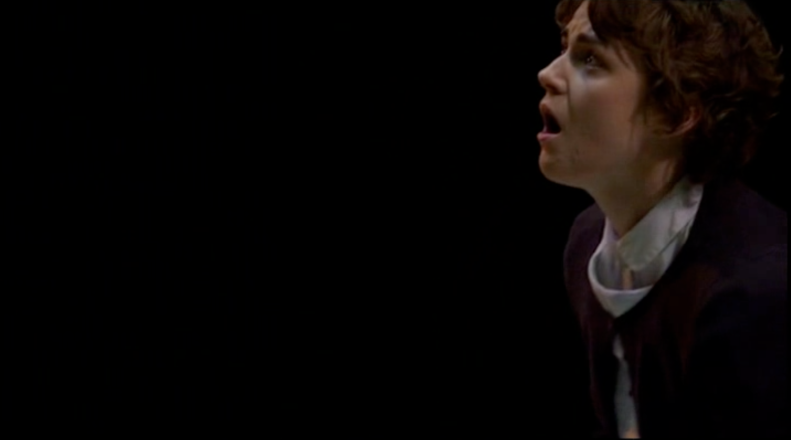 Barbara Martin plays Gertrude, and this is perhaps the best performance in this Hamlet. She is thin, and old, yet conveys a ready intelligence and dignity that makes the queen a truly tragic figure. 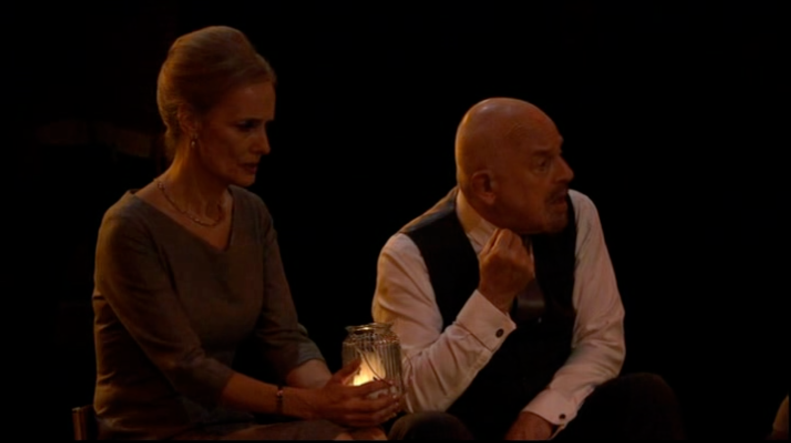 Claire Benedict played the Chief Player, and makes the role seem like much more than a light diversionary detour from the tragedy. 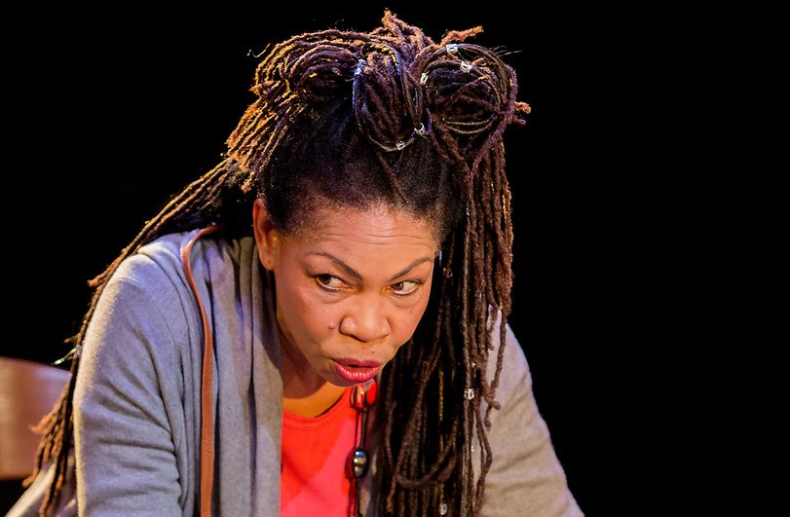 This is a vaguely modern Hamlet, and Lee Curran’s light design uses dangling lightbulbs to tremendous effect, somewhere between surrealism and minimalism. 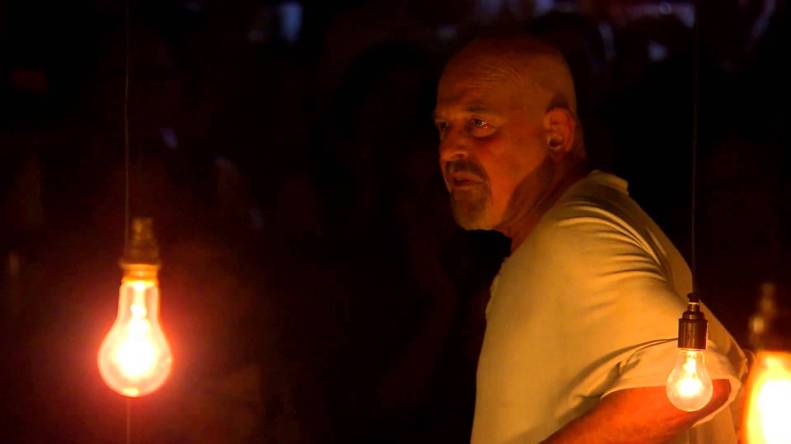 There is also a smart decision with the props: after Ophelia strips down to her underwear in her second mad scene, the stage will seem to multiply this shedding of raiment, so that loose clothing becomes the earth Ophelia will be buried in. This seems to be a pushing back against Ophelia’s drowning because her cumbersome gown becomes waterlogged, according to Gertrude’s narration. Later the loose clothes will be pushed to the edges of the stage to ring the duel between Hamlet and Laertes. Ophelia leaves her sad trace in the final act of the play in this way.

I expect that crossing the gender line should make the viewer realize how little difference there is between the genders, really, as Virginia Woolf believed, or else make us realize how much of our feelings about gender come down to the quite fallible social construction of reality. Margaret Williams’s film of Sarah Frankcom’s stage version, however, is much more subtle. Perhaps too subtle. 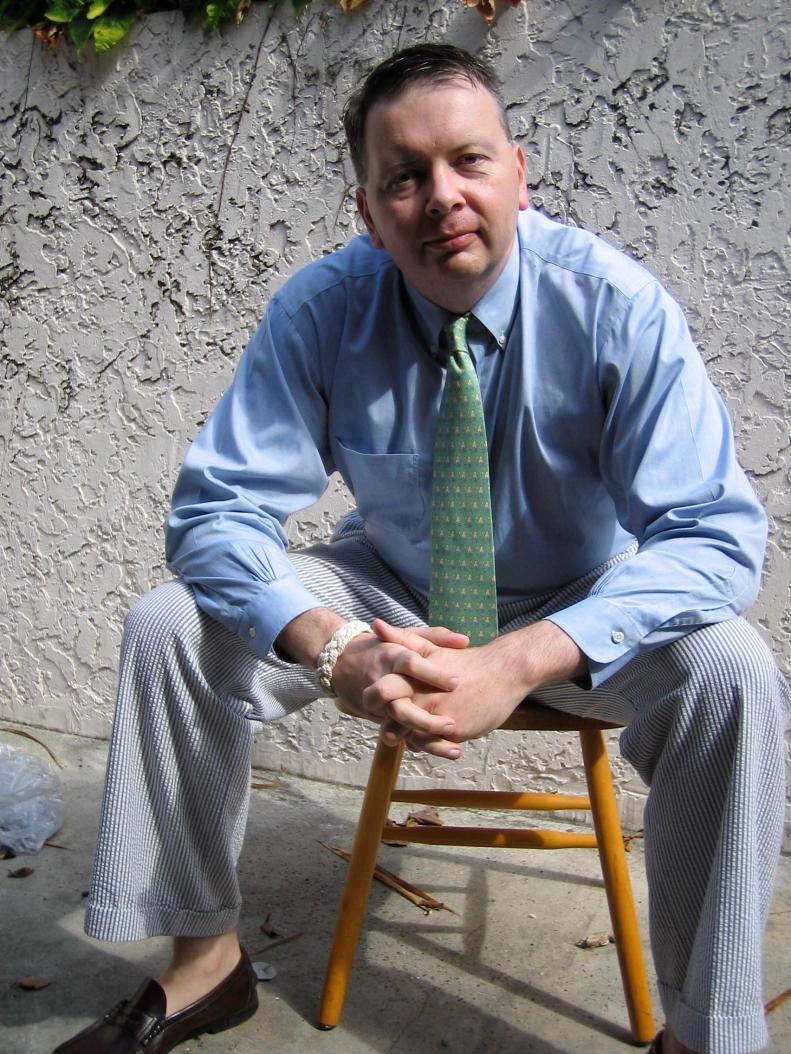