In Boozo Veritas #14 by Teege Braune

When I was six years old my friend Eddie and I got into an argument about which one of us was actually a werewolf. Though we were good pals, the prospect of howling at the moon and chasing cars with a buddy didn’t occur to either of us. We took the concept of the lone wolf very seriously. There was no chance that we might both be of the lycanthropic persuasion. We made our classmates choose which one of us they thought was the actual werewolf. Though they wasted no time dividing themselves into one camp or the other, the vote was evenly split, and we were back where we started. Some wanted nothing to do with the debate. My friend Aaron, frustrated by my beastly claims, asked my mom, when she dropped me off for school one morning, if I was in fact a werewolf.

“Well, he says he is,” she answered wanting to be supportive, but not exactly committed to a definitive confirmation of my shapeshifting abilities.

I watched Teen Wolf and An American Werewolf in London with equal furtive passion and carried around an action figure in the likeness of Lon Chaney Jr.’s Wolf Man. I figured I must be the scarier, more monstrous variety of lycanthrope a la David Kessler or Larry Talbot because I had no memory of actually changing into wolf or the adventures I engaged in once transformed. It wasn’t something I could just turn on as a whim like the fortunate Scott Howard. Nevertheless, I had totally convinced myself that I became a beast by the light of the full moon. If I had a scratch on my arm that I could not account for, I simply chalked it up to my nocturnal prowling.

In the end, Eddie won the school room debate. For our class Halloween party, he showed up in what to this day remains the coolest homemade werewolf costume I have ever seen. I had to be an adorable dinosaur, and I’ve never completely forgiven my mom for it. The next summer my family moved away, and I never saw Eddie again.

Every October I dedicate the entire month to Halloween. I only read scary stories and watch horror movies always seeking that feeling of delightful fear that came so easily when I was younger. I’ve heard adults complain, lost in their daily grind, nearing the end of December, that it just doesn’t feel like Christmas. For me it is the childhood excitement of Halloween that I’m always trying to rediscover, but that gleeful fear has been replaced with anxieties. Monsters don’t frighten me anymore, bills do. Halloween becomes another excuse for adults to get together and drink, which is fine too. After all, I like drinking, but it is not usually scary. Still I love seeing the world transformed into a spookier place for a few weeks. Every tinge of fear, every time I feel my skin crawl, no matter how briefly, is a sacred moment.

November first is always a slightly disappointing day for me. Once Halloween is over, I’m already planning my costume for next year. I still read scary stories and watch horror movies, but they lack that extra sheen of spooky excitement. I miss the earnestness of my childhood belief, a dedication to Halloween that was so intense I literally convinced myself I transformed into a wolf. I did take great pride recently when one of Jenn’s students got it into his own head, without any prompting from myself, that I was a werewolf. Suddenly, every time something went wrong or a mess was made behind Jenn’s back, I got blamed.

“It was Mr. Teege,” Noah would claim. “He jumped through the window and turned into a werewolf!” The tales of my rampages became more and more elaborate as time went on.

I don’t know what Eddie is doing with his life, if his dedication to Halloween remained as solid as my own. I don’t even know his last name to look him up on Facebook. I doubt I would recognize him if he passed me on the street, but I wish I could introduce him to Noah. Who’s the werewolf now, Eddie? 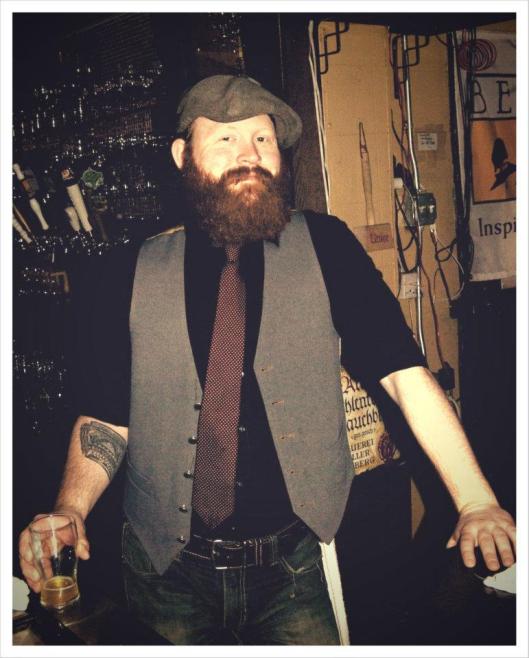