Not Your Mom’s Garden Art!

Wait a second, I recognize that glasswork. Are we gonna do Chihuly AGAIN?

A few weeks ago, I flew to Arizona with about 260 or so members of the Marching Knights for our performance at the Tostitos Fiesta Bowl, where UCF became CHAMPIONS! Whatever time we didn’t spend either at rehearsals, in uniform, performing, or otherwise, we had a choice and three precious hours to spend. We could go to the Scottsdale Fashion Mall, the Musical Instrument Museum, or the Desert Botanical Garden. I had been reluctant to go to the gardens at first because of monetary reasons. I had a limited amount of per diem, after all. After a little more thought, though, this was an easy decision.

We have malls in Florida. Granted that Scottsdale was the size of three Millenias put together and I’d classify it as a good place to wander for a while, we’d be going there for lunch before we flew back to Orlando anyway. That was out. As for Option 2, I like instruments, and I like museums (DUH), but we were in the middle of Arizona. In the desert. The gardens were calling my name. There aren’t many cacti in Florida, I loved the climate out there (asthmatic lungs rejoice!), and really, how many other times would I be in Arizona? This was my second (last?) trip out there. While others complained and opted for the hotel or other venues (and I quote: “I don’t wanna go look at a cactus for three hours.”), I shelled out the $12 student admission fee and went in. It wasn’t until after I had done so that I realized that Dale Chihuly had installed art here, and that I’d be there to see it. So, I freaked out like a preteen girl at a Beiber concert throughout my time there. Armed with a dying iPhone that I’d forgotten to charge earlier, I took about 50 photos. Here is a sampling of said photos. I’m eternally thankful that Dale encourages photography. Put on some comfy shoes, Odysseans, we’re goin’ for a stroll. 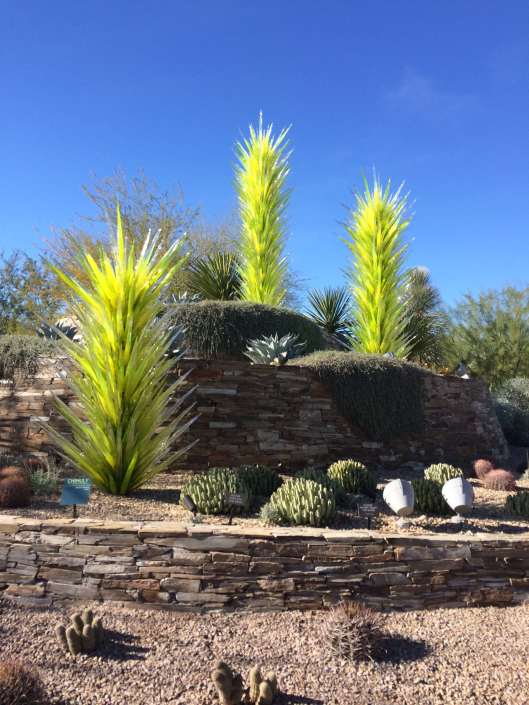 I waltzed right past this magnificent work of art on the way in and didn’t even notice it wasn’t a cactus.. This is merely one testament to Chihuly and his team’s amazing skill. 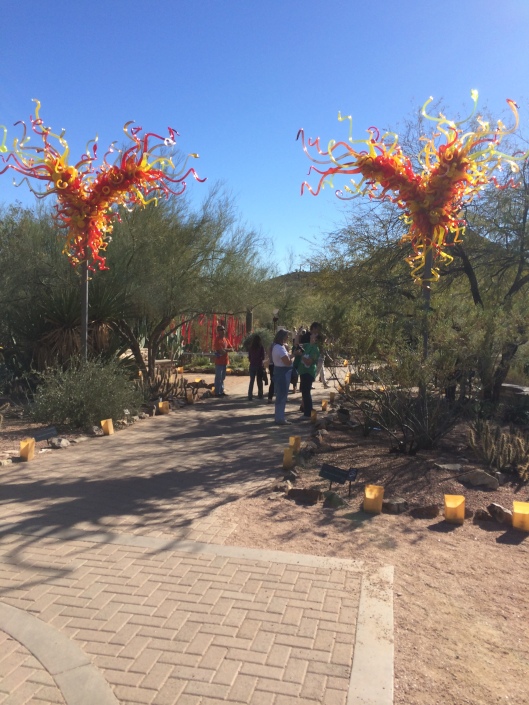 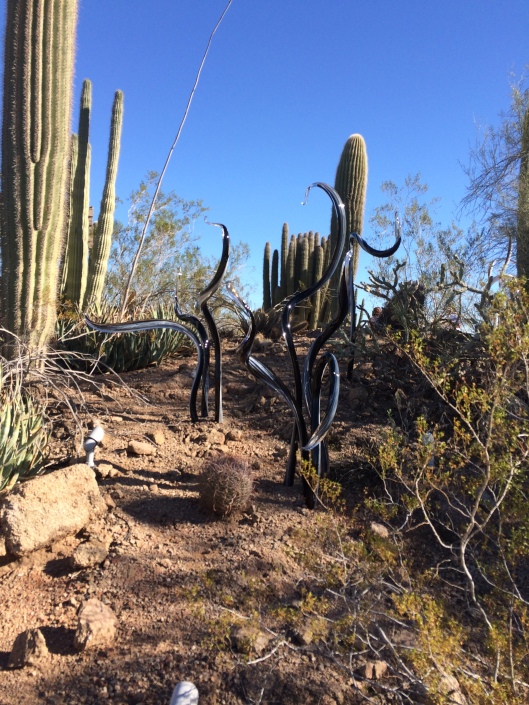 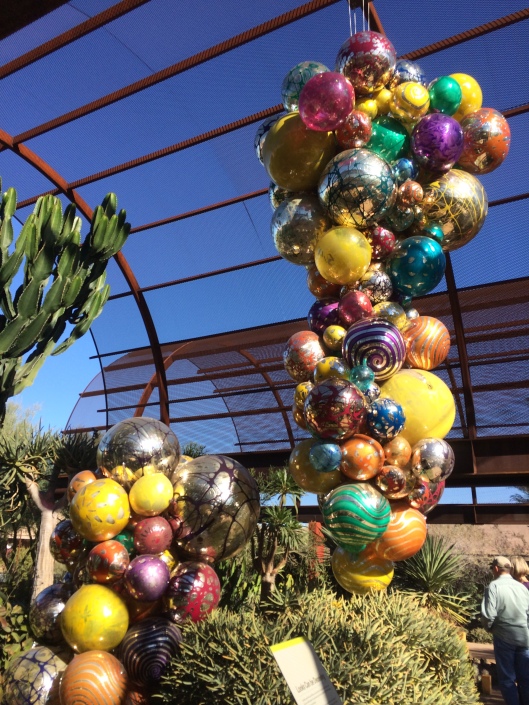 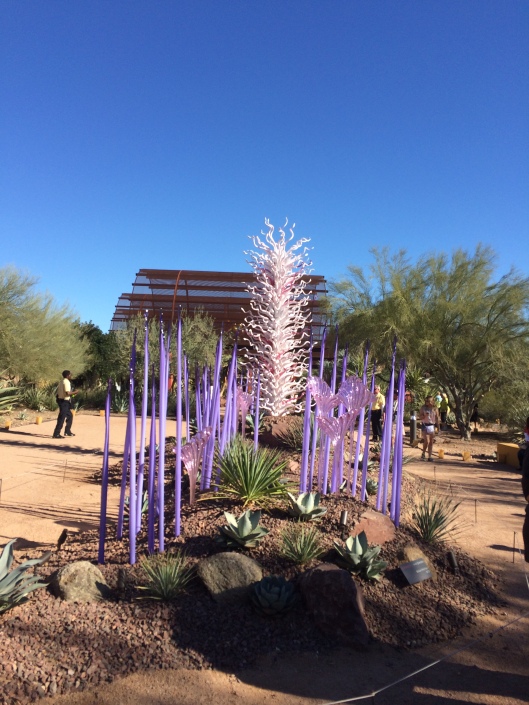 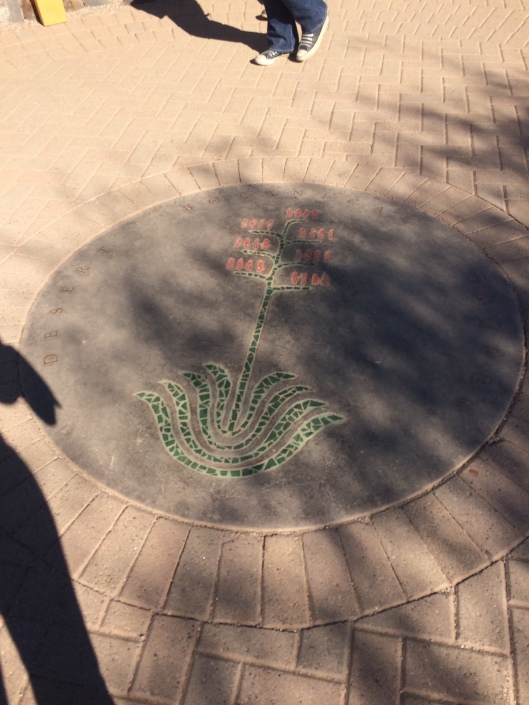 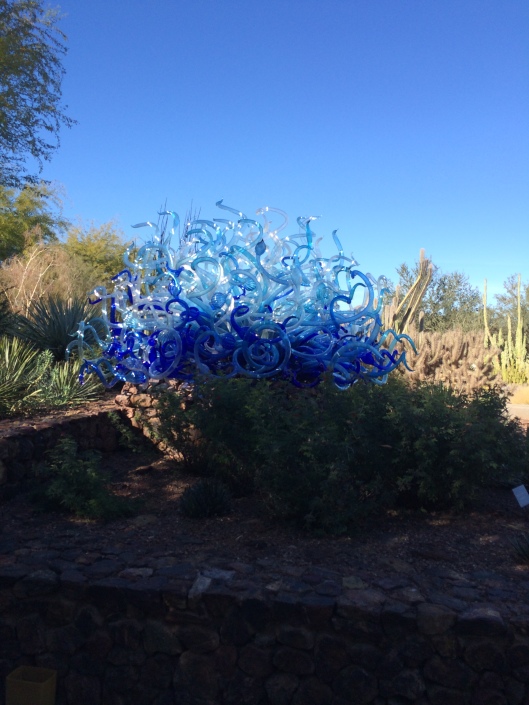 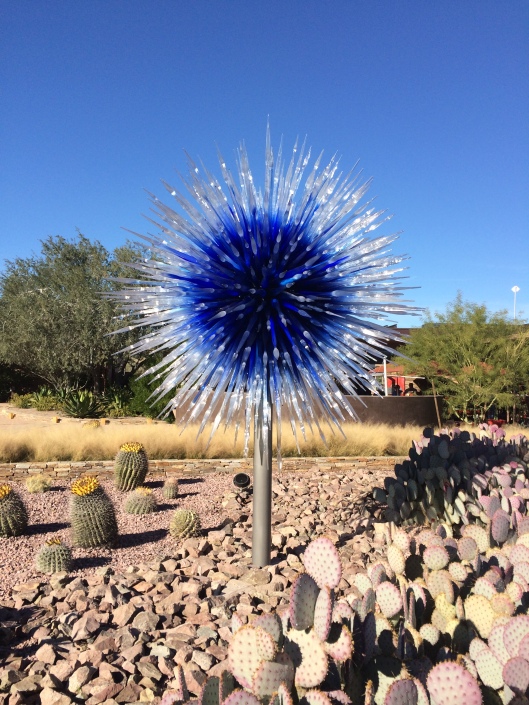 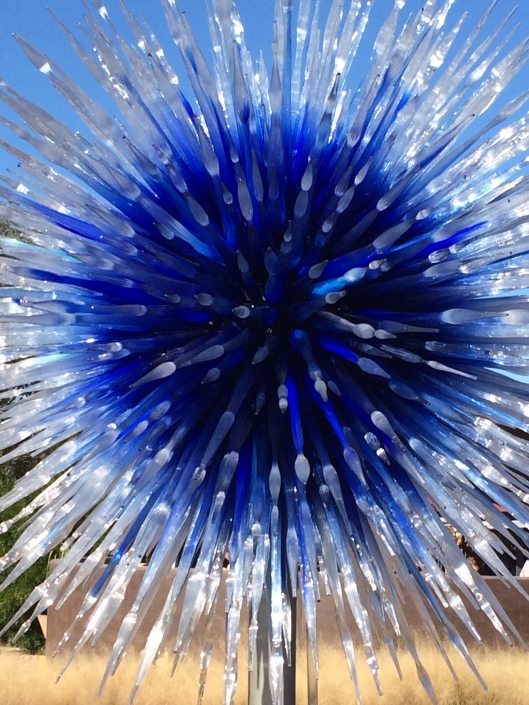 It all works so perfectly here. The colors of the glass, even the reeds that you can easily pick out from the actual plant life, look natural. 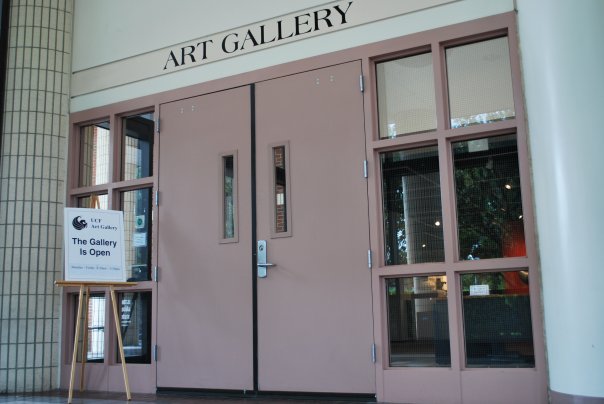 Helena-Anne Hittel (Episode 35, essay) earned a B.A. in Art History at the University of Central Florida.