In Boozo Veritas #28 by Teege Braune

This past Wednesday was the one-hundredth birthday of the novelist madman William S. Burroughs. As enigmatic as he is significant, Burroughs presence has permeated American art, literature, and music without ever being fully understood even by those who have most vehemently championed him. As an icon, he has been appropriated by every subversive subculture in the second half of the twentieth century from punk to grunge to pop-art to postmodernism, while Burroughs himself never once claimed a single movement including the Beat Generation, which he is nevertheless credited with helping to found. Openly homosexual at in a time when such an admission was truly shocking and dangerous, he was an outspoken activist for gay rights without ever fully embracing or being embraced by queer culture for the simple fact that he posed too strange a figurehead for a movement attempting to gain acceptance in mainstream society. Though addiction was a major theme in both his life and his work, writing him off as a junky spokesperson for vice does Burroughs no justice, for heroin was simply a doorway into his terrifying vision, a vision deeper and darker than any drug diary can hope to achieve. One can romanticize Kerouac’s adventures with booze and sex, Hunter Thompson’s LSD fueled antics, and even much of the misery intwined with Bukowski’s alcoholism, but there is no way, if one is being honest, to romanticize the nightmares of William S. Burroughs.

Burroughs work is not easy to read, and even those who love him the most eagerly admit this. What does one do with a writer who describes his early forays into the seedy underbelly of drug culture with journalistic clarity and then leaps from disturbing realism into an alternate universe version of Tangiers called Interzone, a place filled with pedophiliac insectoid aliens called Mugwumps? How do you analyze the body of work of a man who’s writing can move seamlessly, with little transition from lived experience to dream wisdom to passages created by cutting up paragraphs and rearranging them at random? It may be that Burroughs work does not lend itself to a standard post-structuralist critique. I would argue that a student new to Burroughs work begin by simply observing the emotional and intellectual reaction arising from her confrontation with this unique material, an experience that may change from one reading to the next. Personally, it took me several years to notice just how funny some of Burroughs’ passages can be. Indeed, he is not often recognized for his sense of humor, but after revisiting the Spare Ass Annie passage of Interzone, I couldn’t help but laugh out loud at lines like, “She had an auxiliary asshole in the middle of her forehead, like a baneful bronze eye.” The sheer absurdity of what follows, including descriptions of a perverted creature half man and half centipede and another character referred to as “Fish Cunt Sara” who claims to be “the best lay in town,” almost functions like the set up to a really dirty joke, the humor indistinguishable from the revulsion, made all the more disturbing because the punchline, the satisfying release that makes sense of this grotesquerie, never comes.

Toying with science fiction and futurism without ever crossing into what could be called genre as that would be another classification, something which Burroughs never fails to transcend, his writing can be eerily acute in its darkly cynical indictment of modernity and society. Take the famous passage usually referred to as “Ah Pook the Destroyer” that was made famous by the short animated film Ah Pook Is Here.

In it mysterious deity-like personas discuss the state of world politics, “Control” as they call it. One says to the other, “The iron-willed dictator is a thing of the past. There will be no more Stalins, no more Hitlers. The rulers of this most insecure of all worlds are rulers by accident, inept, frightened pilots at the controls of a vast machine they cannot understand, calling in experts to tell them which buttons to push.” 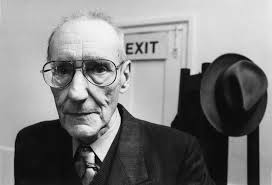 Pessimistic a synopsis as this may be, any reader open to Burroughs simultaneous wit and fatalism cannot help but react to this idea with a kind of panicked intensity, intellectually riveting while simultaneously horrifying in its ramifications, an experience made all the more enriching when one hears Burroughs deliver the line himself in his odd, nasal drawl, calmly distant from the anxiety-inducing prophecies that he delivers. Interviews and footage of Burroughs seem to suggest that this was his modus operandi, envisioning nightmares, calling forth terrors, and then standing cooly apart from the horror while in his personal life heroin seemed to both fuel this madness and prevent it from taking him over completely. We his audience are made wiser and better, if not happier, as we lay witness to the monsters he’s revealed, and if we fail to fully understand that which frightens us, it is a testament to Burroughs own genius. There is much more to explore in Burroughs work for readers and critics of many future generations. As they peal off the next layers of meaning and nuance, we can only tremble at what they might find lying beneath. 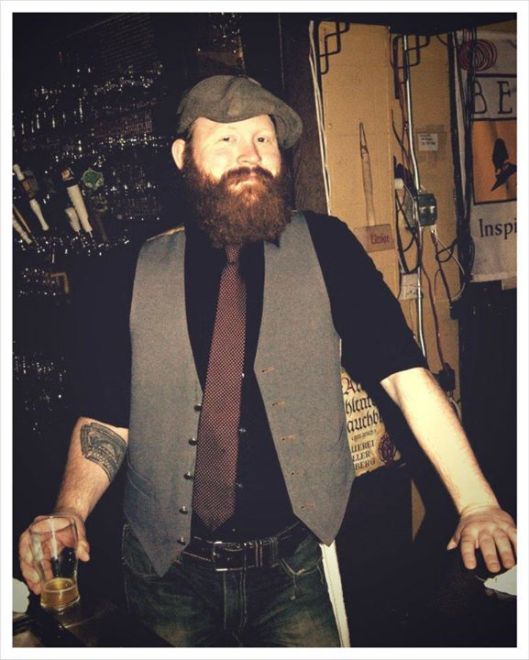