In Boozo Veritas #34 by Teege Braune

Before the Tortoise Dons his Raincoat:

Preliminary Thoughts on an as of Yet Unwritten Piece of Music

In the middle of my freshman year of college I met a shy young man named Nat Evans with whom I began a friendship after I wrote this haiku by Shiki on the white board of his dorm room door:

We had much in common, including an interest in Buddhism and aspirations of becoming writers, he of music, myself of short stories. We had been friends for about a year when one of Nat’s own pieces was performed on campus. At nineteen I was surprised that clay flower pots were among the instruments to be played. The novelty of this intrigued me at the time, but once the piece began I realized that the flower pots were not utilized in an attempt to be simply weird and different, that they had a signature sound within them, something that could never be recreated by a “traditional” percussion instrument. Experiencing that piece of music at that time in my life was exhilarating, and it was the first time I realized just how much talent my good friend had within in him. 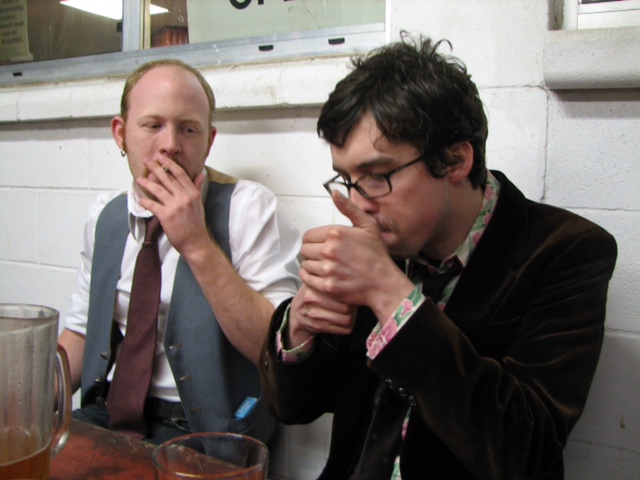 Over the years that we’ve been friends, Nat’s cultivated this talent, written scores of music, and watched his career blossom. His work is performed internationally on a regular basis by choruses, ensembles, and solo musicians and was included in the compilation CD that accompanied the 2011 music issue of The Believer. While Nat will often write for traditional instruments, his work is also filled with elements of everyday life, especially the natural world such as tree branches and conch shells. His piece LOG, premiered in Orlando earlier this year by percussionist Matt Roberts, is played on an actual log and required Matt to procure this log himself and make a field recording of the place where the log was discovered. These were complimented by a custom made music box of Nat’s own design. An ideological student of John Cage, Nat’s work acknowledges that music is everywhere and can be made with anything. Taking this principle several steps further than simply reinterpreting a flower pot, Nat’s music is rooted in the collaborative experiences and settings of its creation and performance and requires a contemplative, highly interactive involvement from its participants, musician and audience alike.

Lest you think the composer an unfair taskmaster, taking it easy while the poor performer searches through the woods for a log, Nat’s next project, entitled The Tortoise & His Raincoat: Music for a Very Long Walk, is his most ambitious yet and requires him to make a 2600 mile, five month walk up the Pacific Crest trail, essentially the entire west coast of the United States from the U.S. / Mexican border straight up through the Cascade Mountains of northern Washington. Over the course of this strenuous hike Nat will be composing music the old fashioned way with pen and paper, but he will also be making field recordings of his surroundings, which will be sent to six composers, such as Chris Kallmyer whose highly conceptual work has included recordings of the ocean and the simultaneous eating of oysters. These composers will utilize the sounds of the wilderness as an instrument in their own pieces, which Nat will incorporate into the greater project. Understandably Nat is reluctant to attempt to predict just where the overarching project will go. Just as the sounds will arise from the days and nights outside in the desert, forest, or mountains, Nat’s own compositions will no doubt spring forth from the hours of endurance and quiet contemplation. While his journey might smack of a Beat era, Dharma Bums adventure, and indeed the poetry of Gary Snyder is an influence on Nat and his own Buddhist practice, Nat will be doing no hitch-hiking along the way. Nat’s project doesn’t share the feelings of restlessness and perpetual unease associated with Kerouac and his ilk. Rather his hike is more akin to a spiritual pilgrimage, walking a great distance simply because he feels called to do so. The pilgrim needs not understand that calling before he sets out. He needs only to acknowledge it, accept it, and be open to the language of both the world and his mind speaking to him along the way.

Nat is no stranger to walking. When living in China, he often roamed the city of Nanjing on foot in a futile search for a much-desired cup of black coffee. When we briefly lived together in Seattle we would often go out drinking in bars after the last bus had ended its route and be forced to drunkenly trudge home together with uncomfortably full bladders. Nat took me on the longest walk of my own life, a four day hike over the crest of Uncompahgre Peak of the San Juan Mountains in Colorado, but none of this will compare to the trek on which he will set out only a month from now. How does one prepare for such an endeavor? Staying healthy, getting one’s affairs in order. Of course, a certain amount of money will be required for food and basic necessities. If you would like to donate to Nat’s walk, participate in a truly awe-inspiring project, and help keep him alive for five months, you can do so through the Hatchfund website by clicking here. Those who donate will receive a copy of the finished project which will be released by experimental music label Quakebasket Records. Additionally, depending on how much you are able to give, you may receive a custom-made music box or a portrait of yourself as a tree drawn by Nat on the trail.

I’ll be checking in on Nat periodically, both excited and concerned for him as I am, not to mention perhaps a little bit jealous. I have no doubt that his stories will make the subject of future In Boozo Veritas blogs, though he probably won’t be consuming a great deal of alcohol on  the trail. Stepping out into the unknown is itself a macrocosm for creation, the artist’s willingness to listen to the mystery, and then to speak to it in turn, for the mystery does not simply require our silence; it asks for a dialogue, the transcription of which is the final product. I have always enjoyed my enlightening conversations with Nat and the perfectly natural silences that punctuate these. As he begins this long conversation with himself, the wilderness, and his fellow West Coast composers, I can’t wait to hear the words that are exchanged and witness the silences that give these words their weight, the sounds that will become The Tortoise & His Raincoat: Music for a Very Long Walk.

Check out Nat’s website to learn more about him and his incredible music. 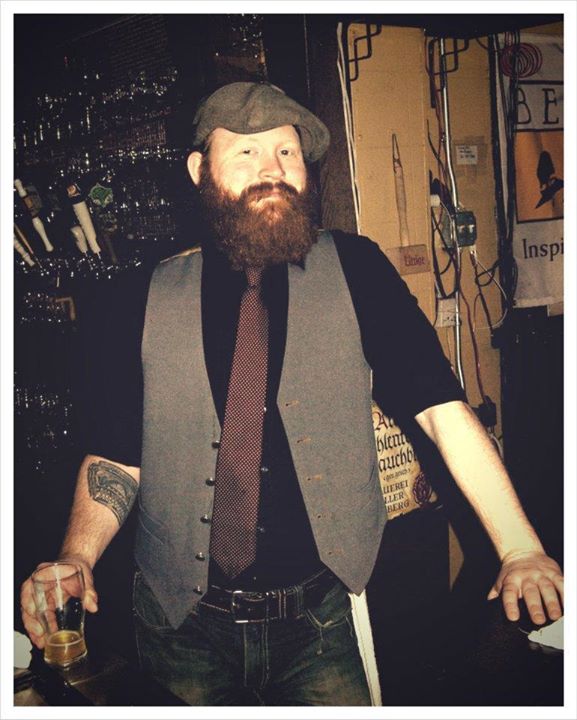 Teege Braune (episode 72, episode 75, episode 77, episode 90) is a writer of literary fiction, horror, essays, and poetry. Recently he has discovered the joys of drinking responsibly. He may or may not be a werewolf.