Billy Butcher has been telling Hughie for three issues that superheroes are dicks. We’ve gotten a little bit of a taste for that a couple of times. For example, in issue one, Hughie’s girlfriend was killed when a superhero threw a villain into a brick wall, and in issue three, Homelander forced Annie to perform oral sex in order to join the Seven. But there’s a problem with these instances—while they show that superheroes aren’t the nicest of people, readers still don’t have a good idea of the daily life of a superhero. These instances, while awful, may just include those two superheroes. Also, those instances may just be bad moments in time for otherwise good people. Well, maybe not good people, but people not worthy of the hell Billy Butcher plans on raining down on them. It’s important that readers understand how bad the superheroes are so that when Butcher, Hughie, and the rest of the Boys get to work, readers will understand their methods.

Welcome to issue four of The Boys. 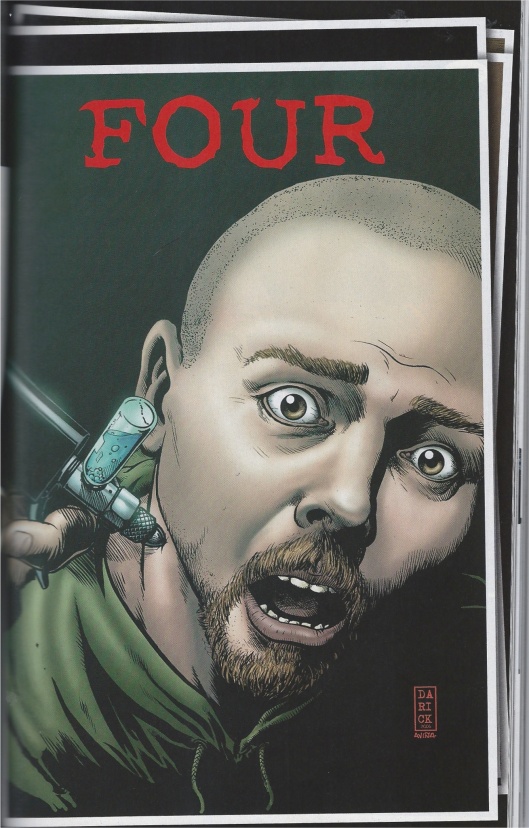 The first target of the Boys is a superhero group of hoodlums (and yes, I consider them hoodlums) called Teenage Kix. There are eight members (Big Game, Shout Out, Popclaw, Whack Job, Gunpowder, Jetstreak, Dogknott, and Blarney Cock) and they are all douchebags. The group is in a three-story whorehouse. They perform a sex act in one room, yell “Change!,” and then switch rooms and partners. According to Butcher, it’s the only whorehouse that will still have them as customers. The women need to do drugs in order to keep up with the superheroes, who by the way are using the women until they bleed and are dead inside.

Now, in many mediums, writers are told to show and not tell. I don’t really believe fully in that 100% of the time—I think it’s all right if you have a character with a strong voice to do a bit of telling—but let’s go with it. One thing that comics can do that other mediums can’t is the amount of detail a reader could be given at once. In prose, readers are given one word at a time. Words add up to sentences, which add up to paragraphs and pages. A lot can be done in prose (obviously), but the reader can only really be given one thing at a time. In film, the audience is not in control of how fast he or she is moving through the story. The film begins to play, and eventually it ends. Filmmakers must understand how much the audience can understand in a given time period. In comics, readers control how quickly they move through the story and comic creators can layer as much or as little detail as they want in a panel. Readers can take the time to study a panel, or they can read the dialogue and move on. 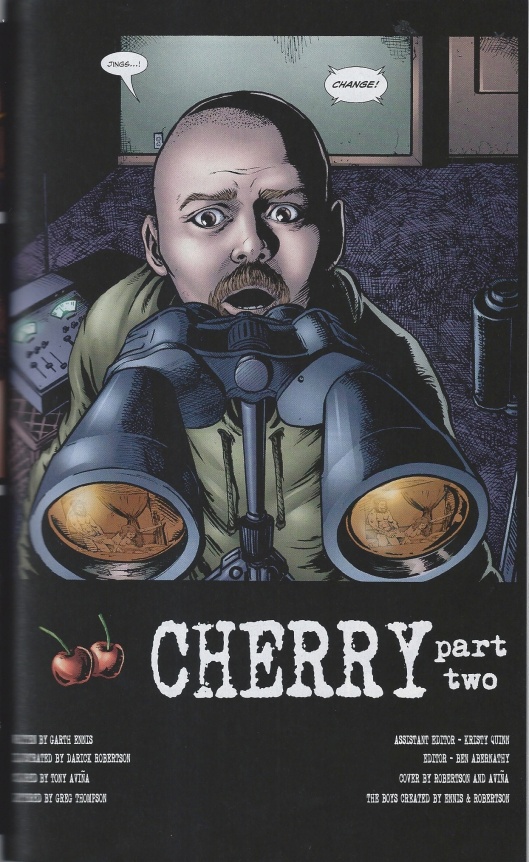 In the opening of issue four, Hughie watches from across the street as Teenage Kix runs through the whorehouse. He can see through all nine windows, and readers can too. Also, in a short amount of space, readers can be given a whole lot of specific details. Take the single panel featuring Teenage Kix member Gunpowder. He lies on his stomach on a bed, hands tied to the headboard. His helmet is one, but his pants are around his ankles. His back is covered in cuts as a woman whips him. Okay, enough detail to understand his depravity, but then Robertson and Ennis take it a step further. The woman whipping him is topless and smoking a cigarette. She’s not even looking at Gunpowder. In fact, her eyes give away that she’s either bored or dead inside. Then, there’s a second woman off to the side near Gunpowder’s ankles with gloves on, but otherwise naked. She’s pouring lube on a pistol. This panel is one of five on a page. It’s a lot of detail packed into a small area.

Later in the issue, the Seven meet in their conference room. In one panel, once again, Robertson and Ennis fit in a lot of detail. Homelander stands at the head and calls the meeting to order. He’s professional, ready to go. A man in a suit sits off to the side behind him with a drink. The man is calm but attentive. Readers can understand he’s the real power behind this group. Queen Maeve (basically Wonder Woman) smokes and seems to be looking down, not paying any attention to Homelander. Jack From Jupiter (Martian Manhunter) has his arms crossed and looks annoyed. The Deep (Aquaman) has his fist on the table and is the only member turned toward Homelander. He’s ready to go. Annie looks away and seems absent. A-Train, one member who also forced Annie into oral sex, looks away from Homelander and at Annie, and he smiles with a creepy grin. Readers are given an understanding of each character quickly. 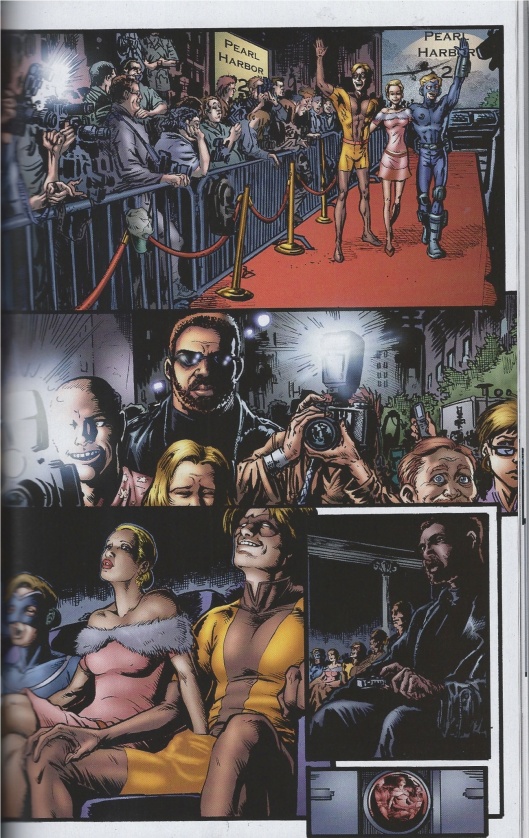 Some comic artists barely draw a background. But I believe everything in the panel is important. Are their times when the background is simplified to focus on an individual character(s)? Of course! But, by fitting more detail in a panel, a comic book can cover more ground in terms of world building, characterization, and even just offering some nice things to someone re-reading a comic. For example, I just noticed two members of the Teenage Kix go to a movie premiere and in the background is a sign for Pearl Harbor 2. Knowing the movie they are going to see is a sequel to Pearl Harbor makes me laugh. So, in the end, use the room you have on a comic book page to show as much of the world as you can.