We Take Me Apart

“In a different version it was not three beautiful

maidens but Mother and you and me and in this

as in all versions

happiness was her hoped for ever after

then I came along and in this version happiness was

her hoped for ever after for me

but then you came along and in this version

happiness was my hoped for ever after for us

but then you left and in this version happiness was

my hoped for ever after for you

then Mother died and there was only me”

We Take Me Apart by Molly Gaudry is a compelling novel in verse. Here we have a narrative expressed with precise language and structured in rhythmic lines and stanzas, which allows each character to speak with a specific heartbeat. This story’s structure provides opening for it to be told in heartbeats.

We Take Me Apart the story of loss and deconstruction, of mourning, of hunger. After losing her mother and lover, the narrator metaphorically takes herself apart, understanding who she is alone, how she can survive on her own–at one point living where she must kill her own food, and living inside her own silence.

The narrator is also a dressmaker who mends broken flowers, infuses their strength into her creations. There is a piercing honesty within her voice:

“I liked to think of these women protected by their

dresses as they felt themselves developing into finer

are the stalks of anthers and anthers contain pollen

moments of their undressing

It is while making these gifts the narrator grows, moves from place to place, makes costumes for the circus, eventually ending up in the Tea House, where Desire: A Haunting, the sequel to We Take Me Apart, begins.

This novel in verse explores how the ground packs thickly after loss, how the cherry blossoms change when the ones we love vanish. This story is “not straw into gold but thread into lace”—intricate, complex, delicate. We Take Me Apart will take you by the hand, bring you inside of yourself, urging you to look at your life with honesty, lay it all out on the table, piece by piece. 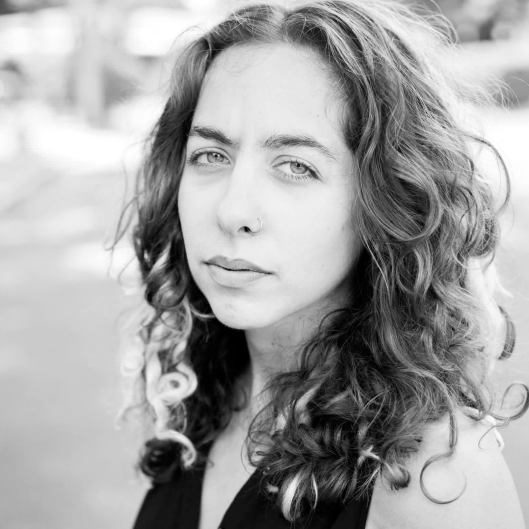 Ashley Inguanta (Episodes 8 and 29) is a Florida-based writer and photographer whose work has appeared in Redivider, PANK, and The Doctor T.J. Eckleburg Review. She is also the Art Director of SmokeLong Quarterly. In 2010, Ashley’s story “The Heart of America” earned an Honorable Mention in Glimmer Train for their Very Short Fiction Award. Last year, The Ampersand Review nominated her poem “San Andreas Fault” for the Pushcart Prize. Ashley is also the author of three collections of poetry: The Way Home (Dancing Girl Press), For the Woman Alone (Ampersand Books), and Bomb (forthcoming with Ampersand Books). Keep up to date with her travels, readings, and publications here.