The Curator of Schlock #95 by Jeff Shuster

I take it the first American Ninja movie didn’t have a confrontation.

Happy 4th of July to my legion of readers! We here at The Museum of Schlock love the red, white, and blue as much as Paul Kersey’s Wildey Magnum so we’re whipping up something special for this Independence Day: American Ninja 2: The Confrontation! Yeah! Why am I starting with American 2: The Confrontation instead of American Ninja 1? Because it’s the only one that’s on Netflix. American Ninja was available in a DVD three pack that included Revenge of the Ninja, but I’ve already committed to getting Revenge of the Ninja on Blu-Ray, so I had to skip the three pack. These are the hard decisions your Curator of Schlock has to make.

Now being a child of the 80s, I already know that these ninjas are bad news. It wasn’t just the commies, the drug lords, and the punk gangs that we had to worry about back then, it was also nefarious ninja clans. Unlike the other groups, though, it’s worth noting that not all ninjas are bad guys. Which is good because it takes a ninja to stop a ninja. I’m sorry, but not even Paul Kersey’s Wildey Magnum could take out these guys!

Enter Army Rangers, Joe Armstrong (Michael Dudikoff) and Curtis Jackson (Steve James). Now in addition to being an Army Ranger, Joe Armstrong is also a full-fledged ninja. Curtis Jackson isn’t a ninja, but he’s pretty cut and sports a decent mustache while laying the smackdown on the Kiwi population that resides in the Caribbean that are allied with an evil ninja clan. The local Marines keep making fun of Armstrong and Jackson, calling them bums and what not. Oh, and these Marines dress in board shorts and rash guards in order to better blend in with the local population. 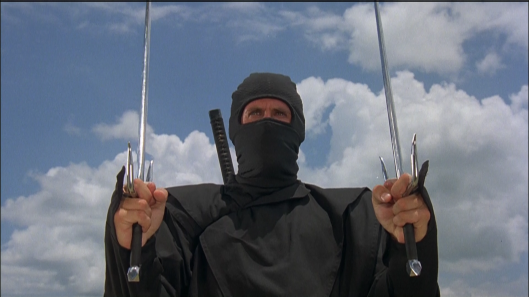 Armstrong and Jackson get into a dust up with some ninjas on a local island, snapping limbs, but ultimately having to run away because they’re just too many of them. Plus, these ninjas have ninja nets and ninjato swords and throwing stars! I remember those throwing stars from elementary school. Venders weren’t allowed to sell them to kids, but there were always a couple of boys in class who managed to get their hands on one. They always made holes in the pockets their jeans. I think one kid sliced up his thigh, but it was all in good fun. 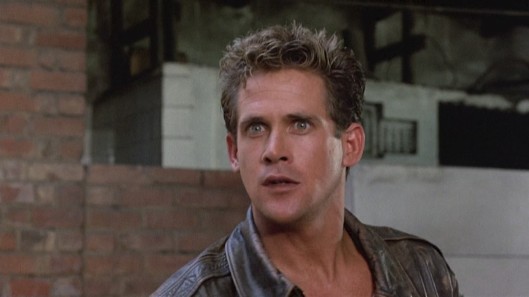 Anyway, a sergeant chews out Armstrong and Jackson when they get back declaring, “Ninjas, my ass!” Are ninjas working with Kiwis on a Caribbean island, kidnapping US Marines so hard to swallow? What about an international drug lord who kidnapped a professor in order to create an army of super ninjas from Marine DNA just so he can better smuggle heroin into the United States? I’m not joking. That’s the villain’s master plan!

Five Things I Don’t Understand About American Ninja 2: The Confrontation