The Curator of Schlock #125 by Jeff Shuster 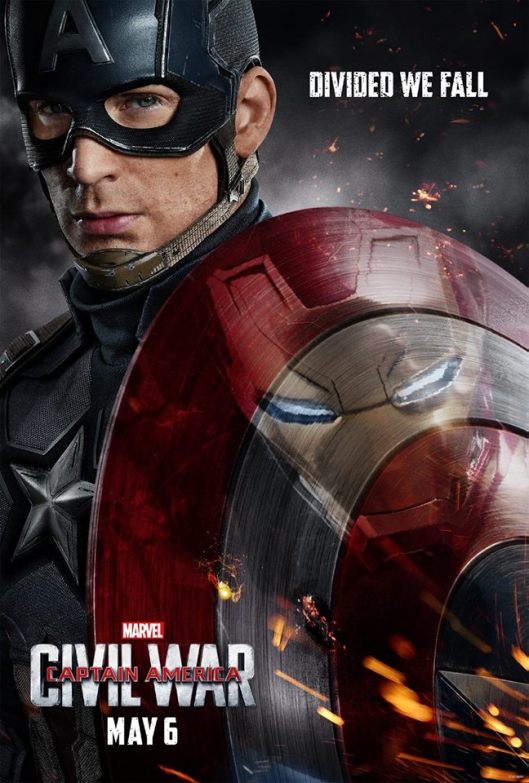 Well, you can either choose to side with America or you can side with Captain America because let me tell you all something, Iron Man is America! Tony Stark is rich, smart, devilishly handsome, witty, and he’s rich. When the terrorists kidnapped him and forced him to build them a missile, he built a super robot suit and kicked their ass! Steve Rogers was given the super soldier serum so he could send Adolf Hitler to the gates of hell, but he spent most of the war starring in cheesy Saturday afternoon serials. When he finally saw some action, all he managed to do was crash a plane in the Arctic. And rumor has it when they finally defrosted him 70 years later, he couldn’t wait to start collecting those Social Security checks. But of course, Captain America does have that awesome theme song, “The Star Spangled Man with a Plan.” That’s so much cooler than Iron Man’s theme song, “Shoot to Thrill” by AC/DC!

I guess that was a bit of rant there. After all, I’m not here to talk about modern movies. We’ve got a moratorium here at the Museum of Schlock on any movie made after 1979, but as luck would have it, there was a made-for-TV Captain America starring Reb Brown as Steve Rogers. 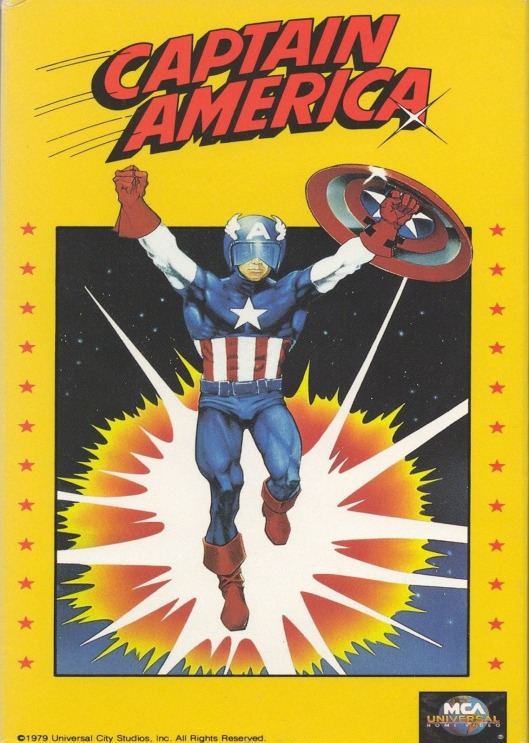 I don’t know who Reb Brown is. Apparently, he starred in a movie titled Yor: the Hunter from the Future. I’ll have to look for that one! Oh my. The actor looks depressed in that Captain America suit. This isn’t a good sign. 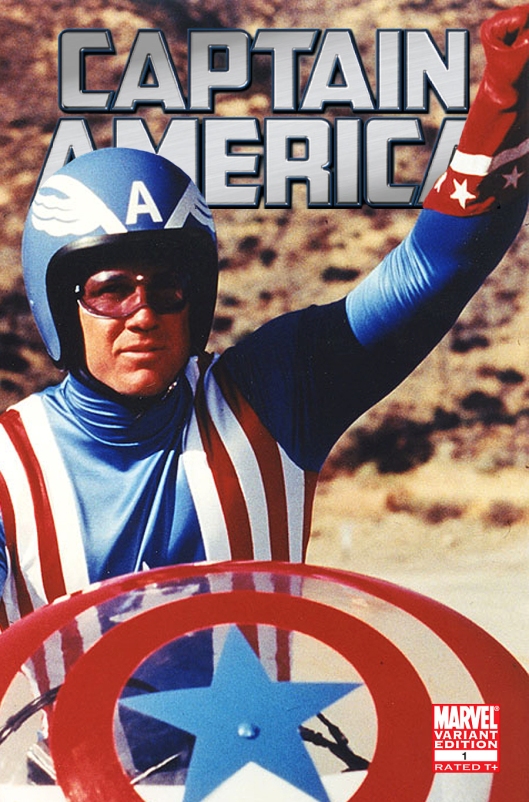 So this Steve Rogers didn’t fight in World War II, but at least he was in the United States Marine Corps. Ummm. Let’s see. Some bad guys dump oil all over a highway road and Steve gets into a car accident when he slips off a cliff. Somehow the bad guys know he’s going to visit Dr. Simon Mills (Len Birman), a friend of Steve’s deceased father. Oh, Steve’s father was given the nickname “Captain America” as an insult for being so patriotic. His father also developed the chemical FLAG (Full Latent Ability Gain) and injected it into himself, passing the chemical on to his newborn son, Steve Rogers. Dr. Mills wants to inject Steve with another dose of the chemical so Steve will transform into a super soldier, but Steve has other plans for his life 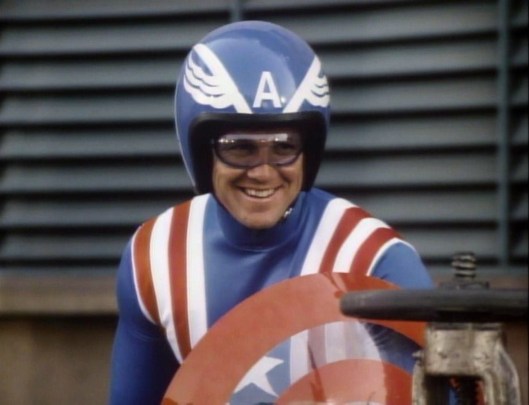 You see, Steve is an artist and wants to ride his motorcycle across America, just him and his sketchbook. Well that plan is short lived after the bad guys run his motorcycle off the road. It looks like poor Steve isn’t going to make until Dr. Mills injects him with the FLAG chemical, and presto! Steve is now a super soldier! Anyway, the bad guys are looking for microfilm on how to build a neutron bomb. Dr. Mills creates some toys for Steve Rogers like a plastic shield that can be tossed like a frisbee because it is a frisbee. He also designs Steve a boss RV that contains a red, white, and blue motorcycle that launches out of a hidden compartment. But the pièce de résistance is spandex body suit that gleams in the sunlight. Dear Lord, this movie is awful. It must have sucked to be a kid in the 70s. 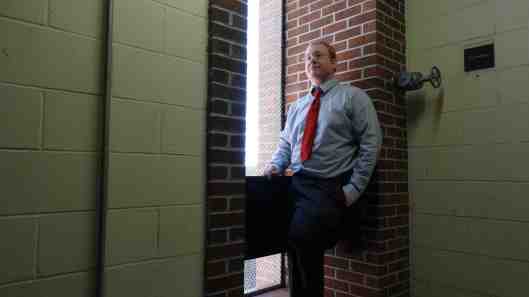