A Letter from Henry Hughes

It’s great to hear from you. I remember the excellent work you did editing the Sycamore Review when I was last at Purdue at the turn of our new century. And I listen to The Drunken Odyssey when I can—great stuff, man. You’re not just keeping literature and literary discussions afloat, you’ve got them cruising at fifty knots.

I didn’t know about this Bukowski collection, On Writing. Gotta get a copy. 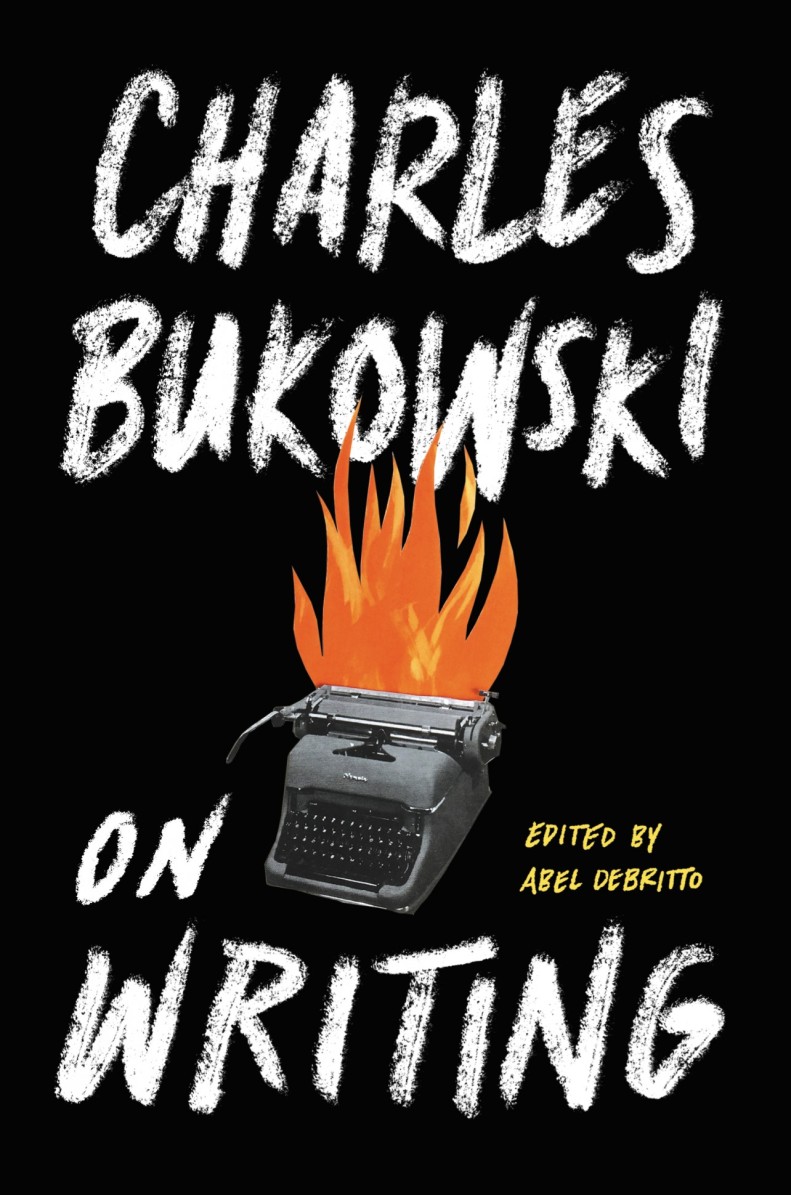 Yes, Charles Bukowski and I exchanged a few letters while I served as the first editor of Sycamore Review from 1988 – 1991. I have six letters and a postcard, some are lost. The original September 13, 1990 Bukowski letter that Abel Debritto reprinted in On Writing is among those I possess. I don’t know how he got it, but I’ve made some copies for folks over the years. I’m pleased to see it in print.

I’m not sure if you know how Sycamore Review got started. In 1986, Purdue inaugurated its Creative Writing program. I arrived in the fall of ’87 and there was sadness in the air. A few months earlier, a gifted graduate student and poet, Ann Griffith Lindsey, had been killed in an automobile accident. Ann was working hard to start a serious literary magazine. Her death was devastating, but her parents made a generous bequest in her honor, and the English department and administration backed it up with more money and resources. The department hired me and we put together a staff of other graduate students, including Elizabeth Stuckey-French. But no one ever heard of Sycamore Review, and Purdue had the reputation of a tech school, so we had to advertise like crazy as well as solicit contributions from some “big names.” I wrote a few authors—William Stafford, Simon Ortiz, Mary Oliver, Diane Wakowski—and they all contributed. It was great. Then I sent a letter to Charles Bukowski, landing some terrific poems and initiating a lively correspondence.

I always found Bukowski’s work refreshing and honest, though not always deep and layered. He cranked out a lot of stuff, some crap, some gold. Collections like Mockingbird Wish Me Luck (1984) and Burning in Water, Drowning in Flame (1988) had a big influence on me. Like Buk, I grew up working class, liked to drink and party, liked chasing girls. Bukowski’s work showed me that it was okay to write directly about these experiences. You didn’t have to be polite about it—though Bukowski had more courage to talk straight than I ever did. Nonetheless, many of the poems I wrote in my early twenties embraced and, I think, benefitted from this raw freedom. My main professor, Marianne Boruch, did not always approve, however. Boruch was a good teacher, but she found many of my poems over-sexed and in bad taste. There’s one poem, “Holiday,” that begins with an epigraph from Bukowski: “each evening bent like the point of a thumb tack / that will no longer stick / in.” The poem talks about drinking and getting laid. There’s line: “Jennifer telling me to come. And I tried, / but the whole ceiling collapsed on me.” Boruch hated it, but it’s in my first book. Men Holding Eggs.

I also use a couple Bukowski poems in the literature and writing classes I teach at Western Oregon University. There’s striking specificity and lovely music in a poem like “The Shoelace,” warning that most of us can handle the big calamities like “death . . . fire and flood,” but it’s the accumulation of small unlucky stuff and bad shit, like “no pot, except maybe one to piss in and / the other around your / gut” that can send us to the madhouse when that shoelace “snaps / with no time left.” And in the more narrative poems, such as “The Last Days of the Suicide Kid,” students and I hear and trust the candor and simplicity of the speaker in a nursing home. It’s all about the power of voice. You believe Bukowski when he’s talking—even when he’s making shit up. There’s nothing wrong with inventing characters and voices—novelists do it all the time—but to write in first person as yourself or Henry Chinaski and sound authentic nearly all the time, damn, that’s effective.

When I wrote Bukowski the first letter back in 1989, I quoted a phrase Marianne Boruch brandished to criticize some poems she called “Good doggie poems,” that is, well behaved, nice image, nice sentiment verses. Buk obviously loved the expression and teased us about the earthy, predictable name of our heartland journal, Sycamore Review, warning us we were “going to get a lot of ‘Good Doggie’ poems.” That letter—illustrated with a drawing of a man in bed beside a bottle of booze and two little dogs—was published along with his poem “Getting Old” in our Winter 1990 issue. “Getting Old” is long-winded dialogue and not his best work, but we liked it well enough, and our readers loved it. Bukowski had a cult following. 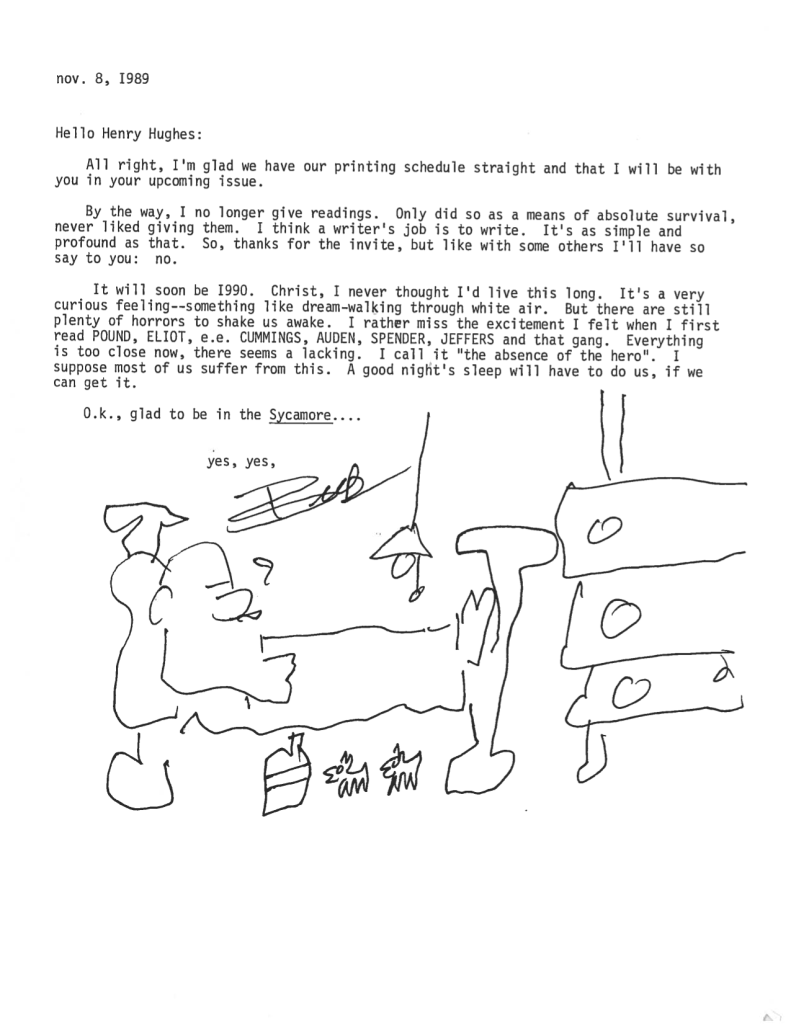 There was, of course, no email or internet. Physical letters fluttered back and forth. Bukowski had bold, handsome handwriting. He addressed envelopes and signed typed letters with a fine-tipped black marker. He used stamps depicting birds and Native Americans. Here’s an interesting note. Despite Bukowski’s drunken, stoned, uncensored crudity and reputation for wildness, he was extremely professional in literary business matters. You pointed this out, John—Bukowski worried that he couldn’t sign a contract granting our journal first rights to his poem because the piece might appear in a collection a couple months prior to our release date. Of course, I waived the stipulation. Who cares about whether one poem comes out a few weeks early in an author’s book? Obviously Bukowski did.

Around this time I wrote him another letter and asked about fishing, my passion.

This exchange is described in my new memoir, Back Seat with Fish. Bukowski pointed me to his poem “The Fisherman,” a sad song of both endurance and resignation set in Sand Pedro, California where he lived. He said he’s send me a new poem that included some kind of fish. 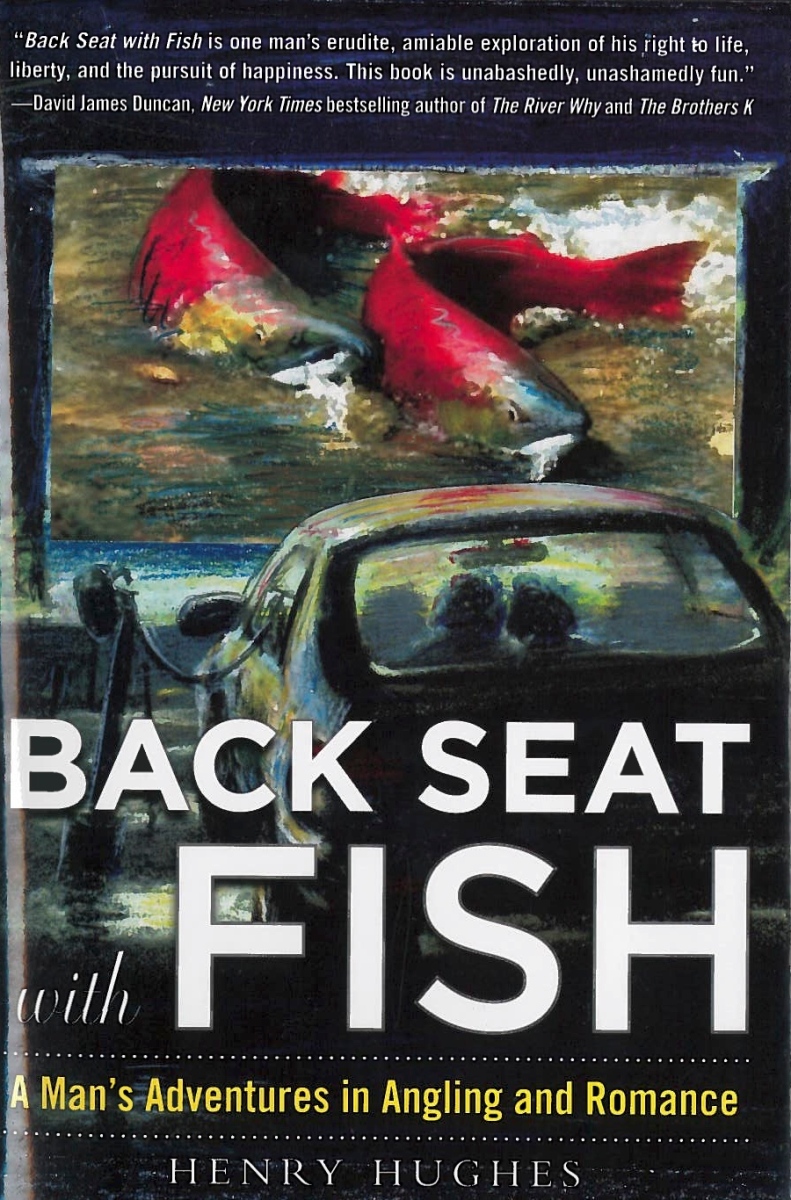 I wrote him in the fall of 1989 asking if he’d do a reading at Purdue, but he said he no longer gave readings: “Only did so as a means of absolute survival, never liked giving them. I think a writer’s job is to write.” He made references to the passing of time and his age, “Christ, I never thought I’d live this long” and expressed a sense of fading action. “I rather miss the excitement I felt when I first read POUND, ELIOT, e.e. CUMMINGS, AUDEN, SPENDER, JEFFERS, and that gang. Everything is too close now, there seems a lacking. I call it ‘the absence of the hero.’”

In January, 1990, I got a postcard from Buk—he made his own postcards—with a photo of him pressing a barbell over his head in front of an open refrigerator full of beer. On the card he wrote “Lively, good issue. Keep it up!” He clearly liked the Sycamore and soon after submitted 13 new poems.

What a windfall! I thanked Buk in a letter and expressed my disappointment with a lot of the poetry I was reading in the big journals. He wrote back right away with the September 13, 1990 letter that DeBritto used. From that big batch of poems we published “Glory Days” and “Luck Was Not a Lady for Me” in Vol 3. No. 1 (1991). Although Buk was suffering from Leukemia and would be dead in three years, he was still writing with guts and fire. “Glory Days” is both grounded and surreal. It starts, “the dead rivers run backwards into nowhere, / the fish cry through neon memories, / and I remember you drunk in bed.”  As he promised, there was a fish image for me.  These poems are tough, funny and desperately alive. I loved them.

Sometime in the spring of 1991, there was some push back on Bukowski’s vulgar language and perceived sexism. I don’t have copies of the letters I sent, but I remember explaining to Buk that some people were getting bent out of shape about the line from “The Glory Days” when the landlady is yelling at Hank, “Mr. Chinaski, I must warn you,” and Hank yells back, in caps, “AH GO WARN YOUR MOTHER’S CUNT.” I thought it was very authentic dialogue. Of course, the folks in the Writing Program championed free speech, but Indiana is a conservative state. Our journal raised money with the help of Purdue’s foundation, and undoubtedly many donors—perhaps wealthy engineers or retired astronauts—were not too keen on “cunt” references. Bukowski responded in an emphatic letter to me on March 28, 1991: “They are full of falsity, decay, shit, boredom and fear. Universities are not places of learning to them, they are places of comfort to them, they are the Eternal Ostriches with their heads in the sand . . . Be proud you fought against these, no matter the price.” God, I cherish those words.

The last poem we published was “One More Day” (Vol. 3.2 1991). It’s a sad beautiful end-of-life, washing my car poem: “the slippery summer sun of my youth is / gone.” But the speaker tips the “gentleman,” gets back into his glistening automobile, puts his hands on the wheel, and drives off:

it’s a fair day among the

the earth has been here for

such a very long

I get the green and go

Rereading these poems and letters has helped me remember the vitality, humor, hardship and sadness that moved through Bukowski’s work. He touched and influenced a lot of young writers. He certainly helped me become a better poet.

Thanks, John, for asking about those old days at Sycamore Review and the rich exchanges with writers like Charles Bukowski. Again, I admire what you’re doing on The Drunken Odyssey and wish you all the very best. Let me quote the very last lines of that last Bukowski letter—lines that apply very much to you and your work: “You are alive. That’s rare, that’s rare. Rejoice.” 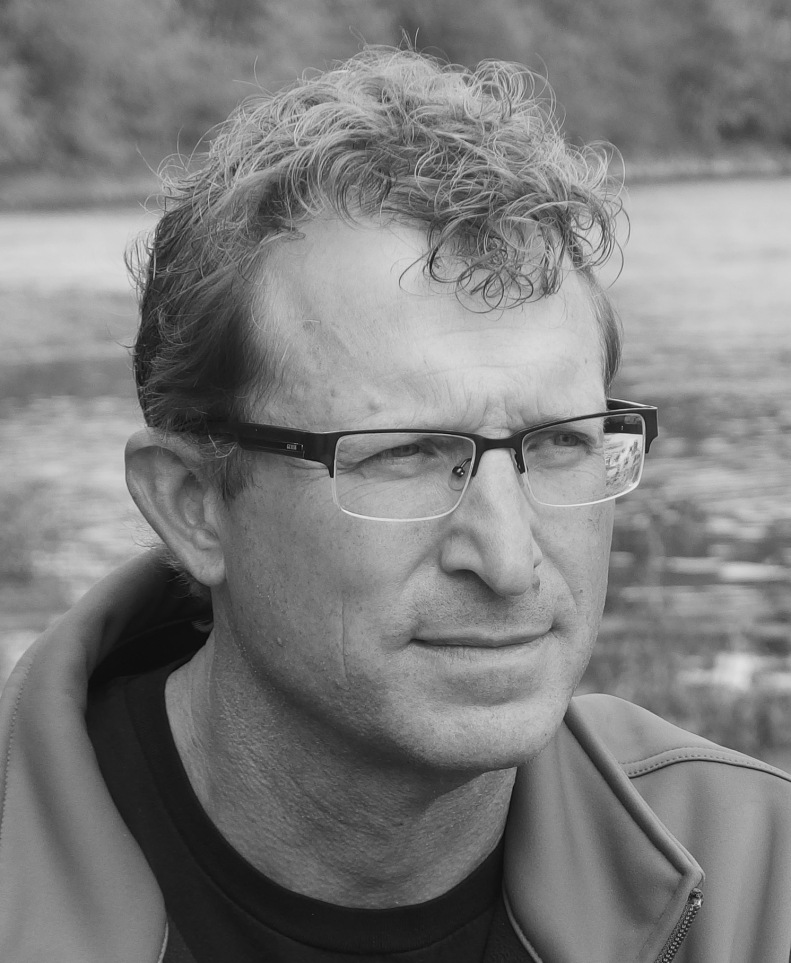 Henry Hughes (Episode 217) grew up on Long Island, New York. After completing an MA in Creative Writing at Purdue University in 1990, he spent five years working in Japan and China. He completed a Ph.D. in American literature at Purdue in 2002 and now teaches at Western Oregon University. Hughes is the author of four collections of poetry, including Men Holding Eggs (2004 Oregon Book Award), Moist Meridian (2011 Finalist for the Oregon Book Award), and Bunch of Animals, new from Cloudbank Books. His poems and essays have appeared in Antioch Review, Carolina Quarterly, Shenandoah, Seattle Review, Poetry Northwest, Gray’s Sporting Journal and Harvard Review where his book reviews regularly appear.  His fishing memoir, Back Seat with Fish: A Man Adventures in Angling and Romance, was published this spring by Skyhorse. He is the editor of the Everyman’s Library anthologies, The Art of Angling: Poems about Fishing and Fishing Stories. Hughes is a professor of literature and writing at Western Oregon University.

1 thought on “Aesthetic Drift #12: A Letter from Henry Hughes”