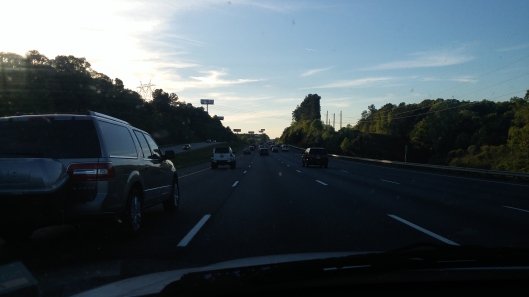 In April I drove to Georgia with my friends, Sammie, Leah, and Sally. During the eight-hour drive riddled with traffic jams and sidelined accidents, the topic of weddings came up in conversation. I learned that three out of four of us had numerous, detail-oriented fantasies of the ceremony, including cake designs, dress style, and attendee roster. It became clear that I was the outlier when Sammie asked for my preferences.

I thought getting married would be nice, but never did I plan on details such as cake toppers. Instead, I wanted to be a wildly successful author, like J. K. Rowling or Anne Rice. I daydreamed about creating works that were equal parts thought-provoking and entertaining. A significant other was always inconsequential to my ultimate goal, a side plot to my main story arc.

The first boyfriend I had lasted for three weeks. We were in middle school, and his only concern was quenching his hormonal thirst. He was disappointed to find that my idea of out loud roleplaying was story creation. So he broke it off, leaving me with my first heartbreak.

Because of him, I was inspired to create one of my now favorite characters. But ever since that relationship failed, my writing life and romantic endeavors remained separate.

There have been relationships that I have broken off because the guy got between me and my work. The boyfriend would become the center of my universe, and because his universe did not revolve around writing, I would neglect my craft for months. And when I did get a creative spark, the boyfriend’s clinginess kept me from immersing myself.

Then I had one boyfriend who refused to go to sleep until I finished writing for the night. I told him not to wait up because I would be a while, to which he responded with, “That’s alright, I like watching you while you work.”

I did not write for long that night. Getting into a creative rhythm already proves difficult without a pair of eyes boring into my back.

This trait of mine may bite me in the ass later when in need to self-promote.

There is a quote by Grace Paley that I could not understand at first:

“The only thing you should have to do is find work you love to do. And I can’t imagine living without having loved a person. A man, in my case. It could be a woman, but whatever. I think, what I always tell kids when they get out of class and ask, ‘What should I do now?’ I always say, ‘Keep a low overhead. You’re not going to make a lot of money.’ And the next thing I say: ‘Don’t live with a person who doesn’t respect your work.’ That’s the most important thing—that’s more important than the money thing. I think those two things are very valuable pieces of information.”

I thought the advice was gibberish, taking concepts of love and work and crudely meshing them together in a single paragraph. But love and work aren’t separate; it isn’t farfetched to ask for both.

My current relationship taught me that.

One of the first interactions I had with Alex involved UCF’s Murder Mystery Night, a production that I was in charge of. The script was riddled with formatting errors and hasty descriptions, which would’ve been fixed in another week. Instead, he noted all of the mistakes and forwarded the document to me, eager to help me with the corrections.

At the time I was annoyed by this guy I barely knew, sending me the corrections to a work that myself and others invested in via months of planning. But once I got to know him, I realized that he wasn’t being arrogant, or trying to show me up. Without being prompted, he was helping me with my writing.

Alex allows me to work in the bedroom while he takes care of his projects in the living room. He falls asleep much earlier than I, giving me time to develop my own thoughts. Often, he goes to his parents house on the weekends, freeing up my schedule to be creative on the days outside of the work week.

Although he’s not a writer, he asks me specific questions about my writing. He’ll inquire about the characters and their relationships, or the story mechanics, or the sequence of events. Alex’s active role in my writing life creates a safe space for me to work, giving me both a physical space, as well as someone to confide in.

Alex also encouraged me to attend the Association of Writers and Writing Programs in 2015, and traveled with me to LA for the same conference this year. If not for these conferences, I wouldn’t have a list of MFA programs that I’m now applying for.

Grace Paley’s quotation makes sense to me because Alex not only respects my craft: he encourages it. And him taking an active role in my work adds a layer of intimacy. For me, writing has always been private because it’s a personal process. Even if he doesn’t understand why I’m scribbling on my arm or editing hours after I should’ve eaten, he doesn’t question it. He helps me find value in my own words, and he even makes sure I eat when I can’t be bothered to look away from my work.

This week I asked him to review my writing sample for my graduate school applications. He is terrified that I’ll revoke our relationship status when he hands over all of his edits. But I love that I can ask him for these edits, even if my already fragile ego might be wounded.

Brontë Bettencourt (Episode 34, Episode 221) graduated from the University of Central Florida with a Bachelors in English Creative Writing. When she’s not writing or working, she is a full time Dungeon Master and Youtube connoisseur.