The Curator of Schlock #209 by Jeff Shuster

No touchy! No touch!

Happy New Year from all of us here at The Museum of Schlock: I, you’re humble curator, John King, the leader of Drunken Odyssey, and Henry Silva, manager of The Museum of Schlock’s new casino, Schlocker’s Wild, set to open in May of next year. Be sure to try our slot machines. They have these new microchips in them that guarantee you a fair shot of winning the big one. Trust me!

As my loyal readers know, the moratorium on 80s movies came to an end back in January due to my elation at the awesome that is Teenage Mutant Ninja Turtles: Out of the Shadows. To celebrate, we’ll end this year with an 80s classic, Three O’clock High. 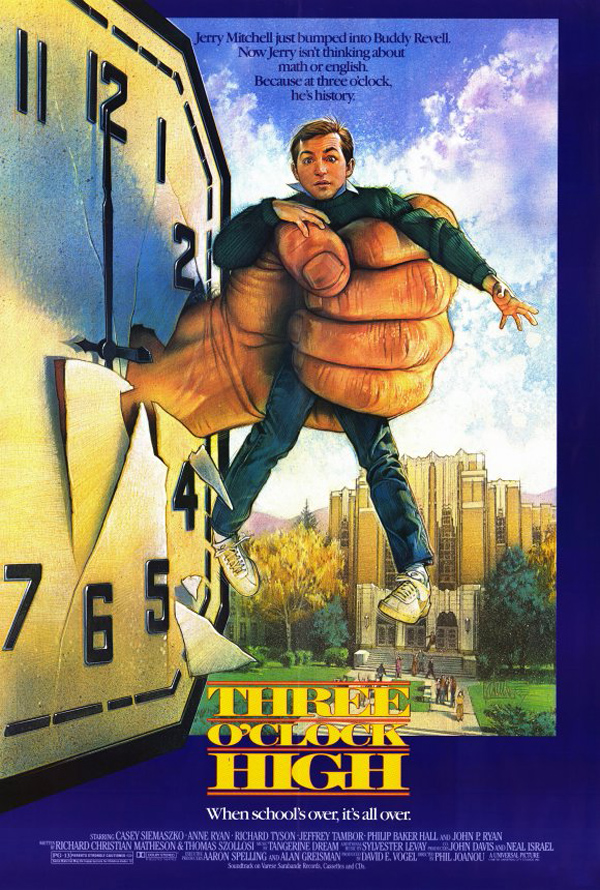 Why do we like 80s movies? Because 80s movies are fun, and 80s comedies are second to none. 1987’s Three O’clock High from director Phil Joanou is no exception. It’s a zany story about a fistfight after school. The movie begins with a loveable loser named Jerry Mitchell (Casey Siemaszko) rushing to make it to school on time. 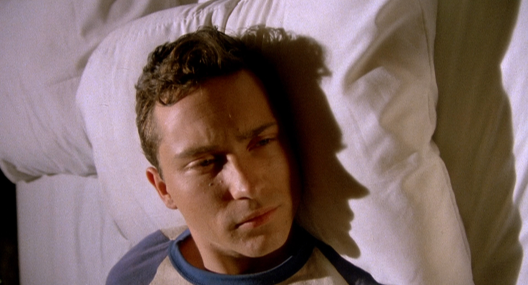 He even takes a wet shirt out of the laundry and shoves it the microwave to get it dry. I wonder if that would work. Whatever you do, do not stick aluminum foil in a microwave. Last night’s pizza will cook fine without it and you won’t have to worry about creating a lightning storm in your microwave. Don’t ask me how I know this. 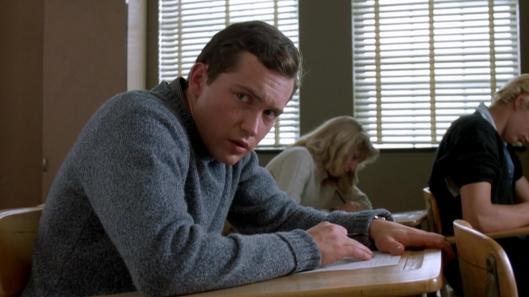 So Jerry may not be the most popular kid in school, but he keeps busy. He’s a student manager for their office supply store. He also writes for the school paper. This is where the trouble begins. There’s a new transfer student that just arrived named Buddy Revell (Richard Tyson). He transferred from a continuation high school and has a reputation for beating the life out of anyone who crosses him. 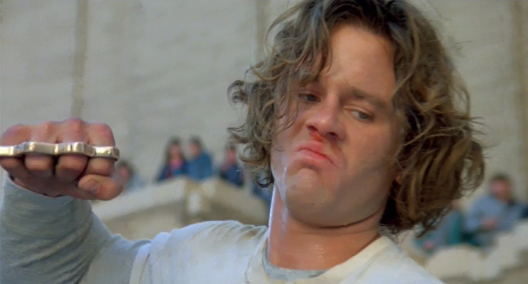 Buddy also has haphephobia so you don’t dare touch him. The editor of the school newspaper sends Jerry down to interview Buddy Revell. Things don’t go well because Jerry pats Buddy’s shoulder. Then Buddy gives him a bath in one of the urinals and tells Jerry that they will fight at 3 PM and there’s nothing he can do to get out of it. 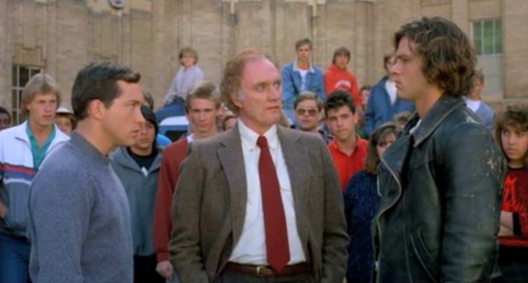 Naturally, Jerry does everything in his power to get out of it. Jerry’s best friend plants a switchblade in Buddy’s locker in an attempt to get Buddy expelled. Jerry later finds the switchblade stuck in the steering wheel of his car with a note attached reminding him of their fight at 3 PM. He tries leaving campus, but Buddy wrecked his engine. Jerry then bribes a member of the football team to beat Buddy up for him, but Buddy breaks his finger and pops the guy in the mouth. Jerry tries getting detention by putting on his best Brando impression in an attempt to hit on his English teacher, but he actually manages to seduce his teacher so no detention for him. 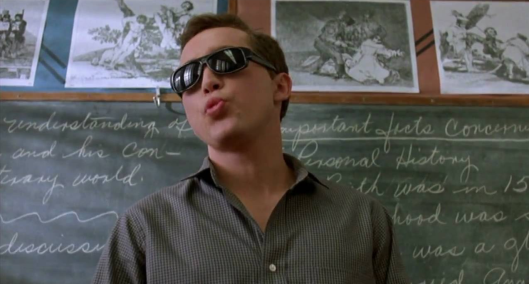 Jerry can’t get out of the fight, but his reputation gets a boost from each crazy stunt he pulls. By the time Jerry meets Buddy at 3 PM, the school parking lot has become a Roman Coliseum. Jerry will either make it out on top or get his life destroyed, and you don’t really know what his fate will be. This may not be as zany as Better Off Dead, but it’s up there, and well worth a look if you need an 80s fix.