When I was a 19-year-old gender studies major, I took my first poetry class. Writing my first burgeoning poems, I tried to connect my lived experiences to what I was learning about feminism. Mid-semester, I had an individual conference with the professor. He asked me if I had heard of Adrienne Rich. You might like her work.

Nearly a decade later, Rich’s work remains, for me, essential reading. Her poetry has taught me that the new ideas may require new poetic forms; the old forms may no longer accommodate the poet. New poems may also require a new approach to setting, pronoun usage, and levels of abstraction. 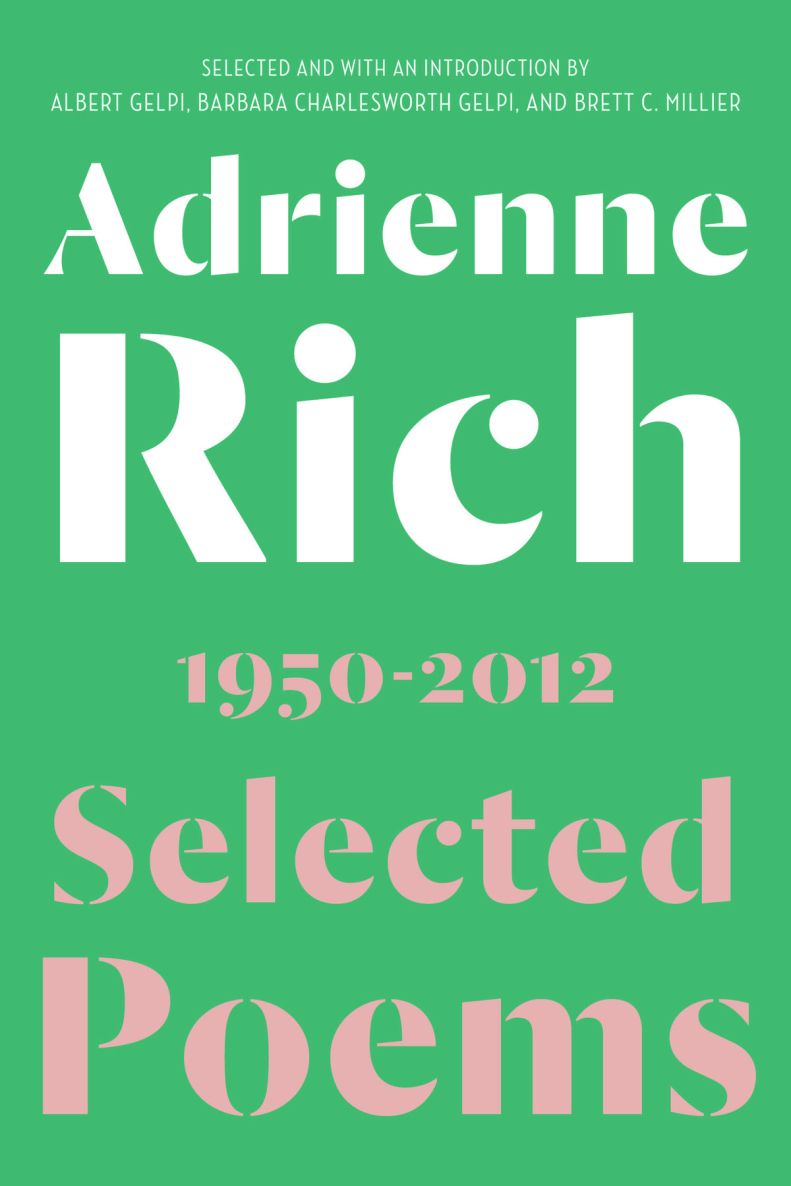 Rich’s work seeks to map out constellations of memories and forgettings. Many of the poems in this collection deal with the concept of time: personal time, national time, global time, times of gender and sexual identity, racial time, and dream time. She writes, “This place is alive with the dead and with the living/I have never been alone here.”

As a writer committed to questioning her own assumptions, Rich unsurprisingly also discusses the unreliability of memory. In “Eastern War Time (1989-1990),” she writes, “Memory says:       Want to do right? Don’t count on me.” Memory is a well of information and meaning, but relying on it can hurt us by distorting reality.

In the late 50s, Rich began annotating each poem with the year she wrote it, a practice she continued for the rest of her life. These annotations provide the poems with context, and when we understand the details of Rich’s life, the subject matter of abstract poems becomes clearer.

The eldest child of two sisters, Rich grew up in Baltimore, where she was first homeschooled and then attended private schools in the 1930s and 1940s. Her parents encouraged her intellect, but in some ways, she was a token “smart girl,” trained to please and impress her mentors.

After high school, Rich attended Radcliffe (women weren’t allowed to go to Harvard) and won the prestigious Yale Younger Poets Prize in her early 20s. The poetry she wrote and the life she described in this period is carved and molded, reflecting an early 20thcentury architecture. The feminist themes are nascent, and would be until her anger bled through the page in her third book Snapshots of a daughter-in-law.

Rich had three sons in her 20s. Motherhood was a role that politicized her. In the selections from her 1969 book Leaflets, we see Rich’s feminist resolve continue to galvanize. The last lines of “On Edges (1969)” read, “I’d rather/taste blood, yours or mine, flowing/from a sudden slash, than cut all day/with blunt scissors on dotted lines/like the teacher told me.” These sentiments are a far cry from her poems written in the early 50s. For example, take these lines from “At a Bach Concert”: “Form is the ultimate gift that love can offer—/The vital union of necessity.”

Readers of Selected Poemswill notice the ways in which Rich later politicized form. Her poems lengthen and become more experimental as time progresses, much in the way that memory itself stretches and folds into layers. Rich began writing sectioned, numbered poems, some of them skipping numbers or presenting them non-chronologically. Part of this departure from convention is connected to greater acceptance of artistic experimentation over the 20thcentury, but I think Rich also discovered that form is an elastic tool to convey difficult ideas.

Rich’s marriage to Alfred Conrad, a Harvard professor of economics, dissolved in the late 60s. In the early 70s, she came out as a lesbian. This period of Rich’s work marks a shift in course, a move away from imitations of the white male “canon” to a passionate engagement in intertexual feminist conversation. Echoes of Judy Grahn, Audre Lorde, and other feminist geniuses reverberate through Rich’s work.

Like many in the feminist renaissance of the 1970s, Rich reached back, pulling history’s timeline arm-length by arm-length into the present. “Did you think I was talking about my life?/I was trying to drive a tradition up against a wall,” Rich writes in Ghazals (Homage to Ghalib).

Language can be a dangerous terrain, especially for those working at the margins. To be a language worker can mean constantly questioning what we think we know. However, some jobs have physical dangers, and while I think Rich would be the first to point out how many writers have been blacklisted and disappeared even in our own country, she would also point out the privilege of the writer’s safe perch at her desk.

Rich lived a life that in some ways, society didn’t have language for. She was the daughter of a Jewish father and a Protestant mother, a lesbian who was also a mother, a partner in a committed interracial relationship, a woman intellectual. Of her family’s suppression of their Jewish identity, Rich wrote about feeling “split at the root.” As Rich wrote in “XIX” of “Twenty-One Love Poems (1974-1976),” “two women together is work/nothing in civilization has made simple.”

I bring up these examples to highlight how Rich’s poetry measures proximity. Sometimes she uses the currency of memory, sometimes identity. I think that one of Rich’s lifelong critical questions was how someone could besomething, but deny their proximity to it. Even if the denial of identity is done for survival, it is a certain kind of lie. The thinking around this question concerns trauma, safety, and “the truths we are salvaging from/the splitting-open of our lives.”

Rich considered this question from the other side as well, the side of privilege: why do artists supposedly committed to truth telling not involve themselves in real activism? Why do white feminists deny our culpability in white supremacy? How do Americans grapple with the painful truths of nationalistic violence, both here and abroad?

No matter what subject matter she dealt with, Rich committed herself to the heavy lifting required of feminists. Her focus on memory and history didn’t cement her in time. It did the opposite. Rich visioned and revisioned her opinions whenever she learned more. As she wrote in “Sources (1980)”, Rich’s work calls herself and each of us to become “the woman with a mission, not to win prizes/but to change the laws of history.” 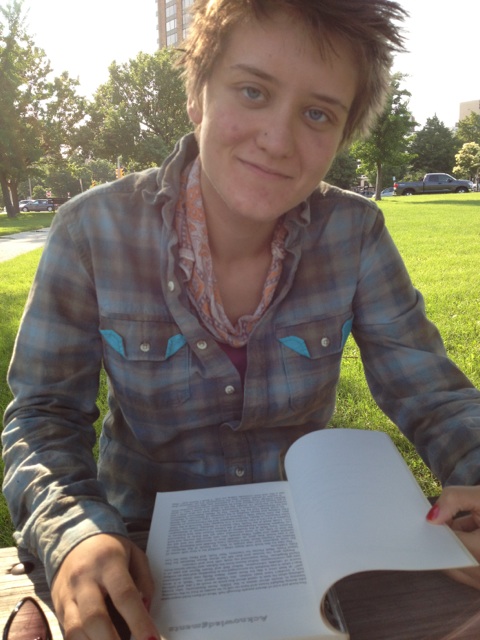