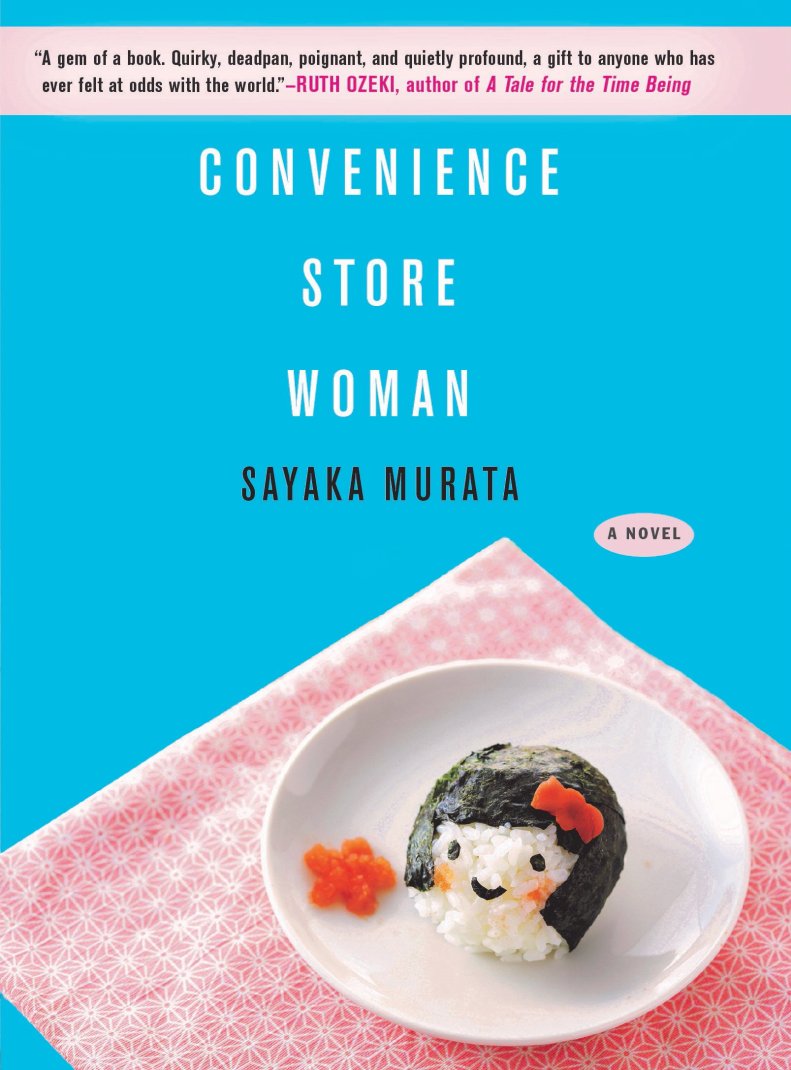 It’s within this familiarity we find Keiko Furukura: thirty-eight year-old part-time convenience store worker at her local Smile Mart. We’re given a glimpse into the life of a woman with thoughts like:

It is the start of another day, a time when the world wakes up and the cogs of society begin to move. I am one of those cogs, going round and round. I have become a functioning part of the world, rotating in the time of day called morning.

Simply the thought of remaining a dedicated store employee keeps her sleeping well at night. It’s a position that’s typically overlooked. But they are brought out into the fluorescent light for us to see.

As a character, Keiko Furukura is fascinatingly strange. She has worked in the same convenience store since eighteen and has no issue with this vocation at all. And it is through the convenience store that she has become a person. With each new employee or manager, she takes on aspects of them as a way to appear more convenient to them. A character, Sugawara, has a particularly boisterous way of speaking in the morning. As such, Keiko adopts aspects of it into herself. Another character, Mrs. Izumi, has a particular taste in fashion that Keiko then slowly begins to imitate after researching certain brands. These subtle mannerisms she picks up only reinforces her own character: Keiko is a blank slate without the convenience store. But as a character, that’s what she wants. Even if the world around her, namely her friends and her sister, scream and cry for her to change, she is incapable of doing so because who would she be without the Smile Mart?

At times, this book can be devastating. The interplay between individuality and conformity, work life and real life, all unwind as we question ourselves. Is my work self just a modified actual self? Do I make these decisions for myself or for the people around me? It’s this constant undercurrent in a novel that is fairly light in tone. It’s as though Keiko herself is so direct in her thoughts and actions that the Smile Mart self is the only self that exists for her. And that’s what makes this book devastating in a good way. We as readers can see something askew in Keiko, but does Keiko see it in herself? Possibly. Or maybe she’s just what she wants: a good convenience store employee.