Consider the elephant. Consider what you know about its form and presence, for that is the first thing the reader is asked to do in Edgardo Franzosini’s The Animal Gazer. We are given a picture of a sculpture by Rembrandt Bugatti, famed sculptor and brother of the known automaker. But what we’re being asked to consider here isn’t just the elephant itself. We may be familiar with Bugatti’s some 300 animal statues, but how familiar are we with the man who created them and ended his life at 31? It’s a question that Franzosini grapples with throughout the novel, and one that is rather difficult to answer. While The Animal Gazer is inspired by Bugatti’s life, we can only know so much from outside Bugatti’s thoughts. An internal examination of Bugatti is how Franzosini occupies the story. There are historical facts, but there are hidden truths among them that shape Bugatti. 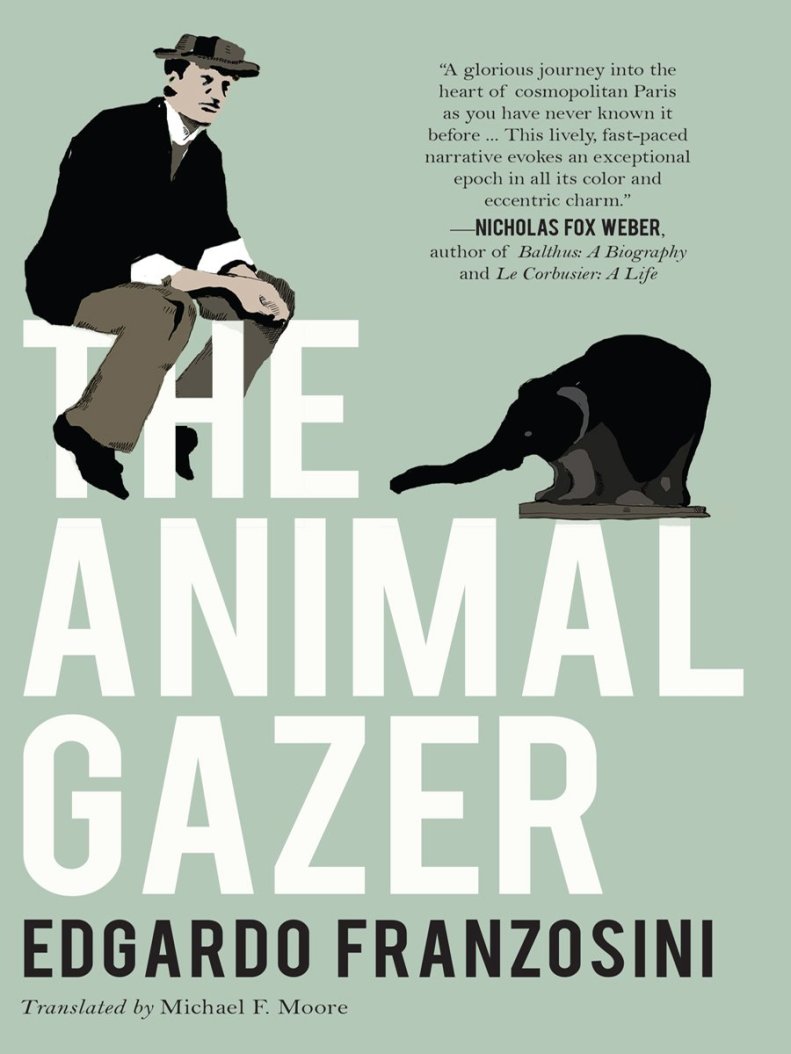 For Bugatti, the precision of his sculptures was not his chief intent. Less anatomy and precision, more of the movement and mood of the animal. And this is something that Franzosini looks to replicate in his prose. This is historical fiction in snapshot. It is a novel that looks to capture the mood and the moment, not painstaking historical accuracy. As a result of this, we as readers are given an impressionistic tour through Bugatti’s later life that is genuinely beautiful. We breathe in the air at Antwerp Zoo in Belgium and feel the crispness of the mornings at the Jardin de Plantes in Paris for these were where Bugatti lived his life. His passion is Franzosini’s passion as the author brings us the animals that would inspire Bugatti’s works.

There’s an intricacy running through the novel in how Franzosini chose which moments of Bugatti’s life to highlight. The novel takes some liberties , as it must, with how events are portrayed or how Bugatti was thinking at the time. From his stay in Belgium to the executions of the animals at the Antwerp Zoo to his final days in Paris, Franzosini is able to create an arc of Bugatti’s life. He isn’t trying to theorize about his suicide or romanticize the moment. He only presents the suicide as a conclusion to the story.

And that’s what makes the story worth it by the end. Like the sculptures, this life story is a nebulous thing with half-remembrances and quarter-truths about large events and perfect snapshots of one salt shaker at a restaurant. Franzosini gives us this story how a friend would tell it: in pieces and filled with ideas about what may have been going through Bugatti’s head. And that’s perfect. We’re given a wonderful journey through what could be his eyes during small moments in his life. A journey through the zoo, antelopes in his studio, reminiscence of time spent with his brother, they all build into what we need to know about Rembrandt Bugatti.