“Culinary consultant” may be my favorite thing I’ve seen in a comic credits page in a while. Seeing a culinary consultant, specifically Ali Bouzari, on a credits page in a comic that is about food in all its forms shows the reader from the beginning what kind of series they’re about to begin. Flavor isn’t using food as set dressing or as a background element while the rest of the story goes on—food is the heart and soul of the series from the first page. Keatinge and Clark have struck a balance with Flavor that isn’t often seen in books that are engrossed in a specific hook. Food is indeed at the heart of this series, but this is still the story of Xoo and how food shapes nearly every aspect of who she is as a character. 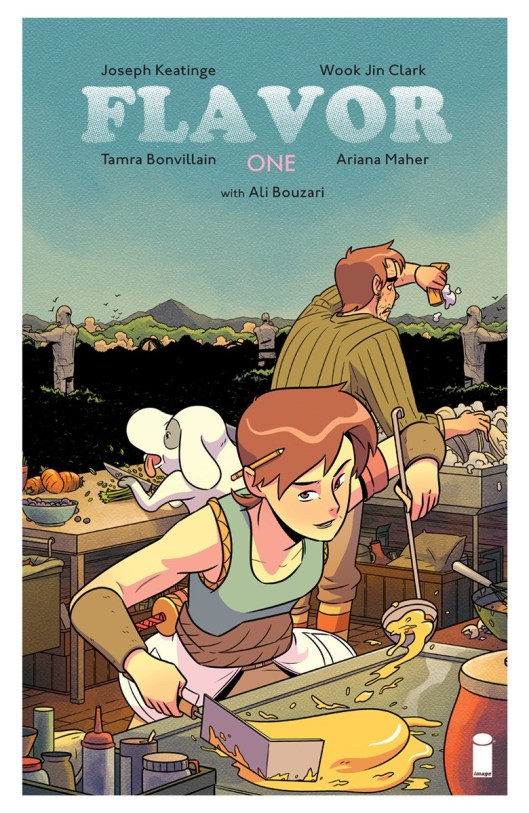 At the center of this whole story is something that Keatinge and Clark do so well and is something that is typically one of the trickiest moves to make in a new series: world building with purpose. I’m constantly astounded by the depth and breadth this team achieves in utilizing character motivations, background detail, and panel-to-panel beats to construct a fully realized world simply within the first issue. Am I jealous? Maybe. But for good reason. Even the name of this walled city, the Bowl, conjures up so much potential just with the imagery of food utilized throughout as well as what a bowl is used for, be it mixing or serving. Because, again going back to the first issue, the story sets up something world-breakingly massive on its final page that goes right back to that idea of a bowl used for serving.

As a comic, Flavor is lean with its story in all the right ways: it gives us just enough to go on to keep us invested at the end of each issue, but still leaves us with a pile of other questions to be answered in the next. And they’re always questions that link back to either the characters or the world of the Bowl. Will Xoo get the truffles she needs? How long can an unlicensed chef like her operate in the city? What the hell was that on the other side of the wall of the Bowl? I don’t know yet, and I love it.Flavor is doing what many of Image’s best series are doing and that’s setting up almost everything right from the start with a first volume. Even if this is a series that continues for fifteen or forty more issues, we have the plot points in front of us already and now we get to see just how they connect in the long run.

Flavor is absolutely a series that wears its influences on its sleeve and wears them well. From the Ghibli-esque world building to the feeling of mystery and adventure of Avatar: The Last Airbender, Flavor takes what has been done before and works a new path in its own way. Through its art and world building, Keatinge and Clark want to show us something we haven’t seen before, something inherently different, but still a bit familiar. Not only do they accomplish what they set out to do, they do it so exceptionally well that Flavoris one of my favorite new series to come out this year. Flavor is a story that wants you to read and enjoy and immerse yourself completely in and it is so easy to lose yourself in its wonder. 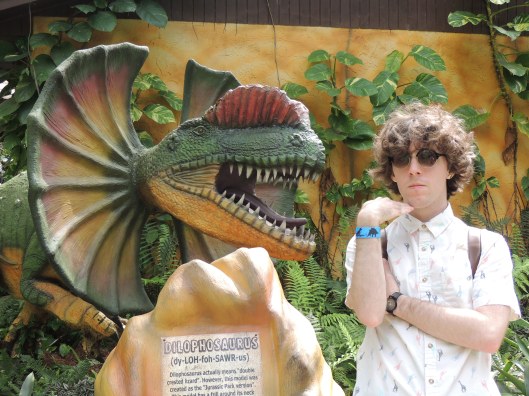