Comics Are Trying to Break Your Heart #36 by Drew Barth

On rare occasions, comic series go on extended hiatuses before returning in a glorious fashion. Two such series—Warren Ellis and Jason Howard’s Trees and Kelly Sue DeConnick and Emma Rios’ Pretty Deadly—have each made a such return after three-year breaks. 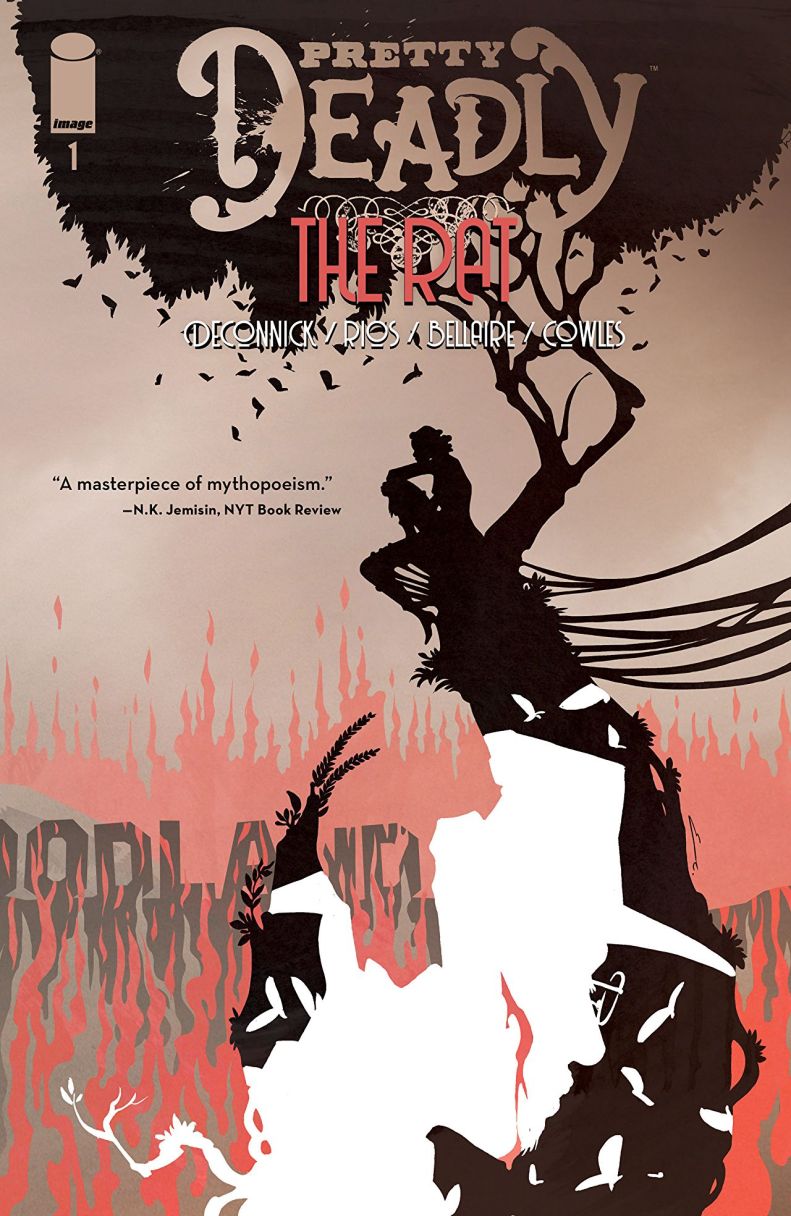 Launched in 2013, Pretty Deadly flows continually down Rios’ line work and along the words DeConnick brings to the surface about Death’s daughter, Ginny. The series both mythologizes and humanizes Ginny as she intermingles with a single family, the Fields, through the American west, the trenches of WWI-era France, and now 20s Hollywood.

Trees by Warren Ellis and Jason Howard ask a question we’ve all pondered: what if giant, alien space trees descended from the sky and slammed into the planet? With Trees, the answer is people reacting poorly. What Ellis is doing in this series, bolstered by Howard’s frantically precise artwork, is working quietly with the mystery of these trees in a patiently evolving plot that avoids cataclysmically escalating plots.The new Three Fates installment continues this trend.

These series’ returns are not simply branded as Pretty Deadly and Trees. Rather, they are Pretty Deadly: The Rat and Trees: Three Fates. This switch was discussed both on DeConnick’s Twitter and Warren Ellis’ newsletter: with such a long break between issues, it made more publishing sense to start these returns as new series, to help new readers find their way in more easily, and to give collector’s a new inaugural issue to collect. The quality of the new first issues of Pretty Deadly and Trees demonstrates how fortunate a new reader would be encountering these series for the first time and how much of a treasure they are for readers that have been waiting for their return.

The return of these two series is to delight in the words of De Connick and Ellis and to marvel at the art of Howard and Rios. There is still nothing else on the monthly shelves that rivals these series in raw creative force and freedom. To sink into a page of Pretty Deadly is to be immersed in the continual splendor of a dreadful, wondrous world. Trees brings to mind mysterious offices filled with smoke and people yelling at each other because not a soul can figure out what a giant, silent alien device is doing.

Get excited. We’re coming back.