The Curator of Schlock #312 by Jeff Shuster

No movie this week, but that doesn’t mean I have nothing to blog about. Besides movies, I have wasted a large portion of my life watching copious amounts of television shows. And let me tell you that there is no bigger waster of time than watching television. For every masterpiece such as The Sopranos and Breaking Bad, you get sucked into a ton of series that jump the shark after season three (I’m looking at you Boardwalk Empire). And heaven help you if you’re a fan of science fiction. I know that fans of Star Trek and Doctor Who must be reeling over the demise of their once cherished television series. I have no words of comfort to give you, but I can suggest that if dig deep into the past, you might find something worth your time. 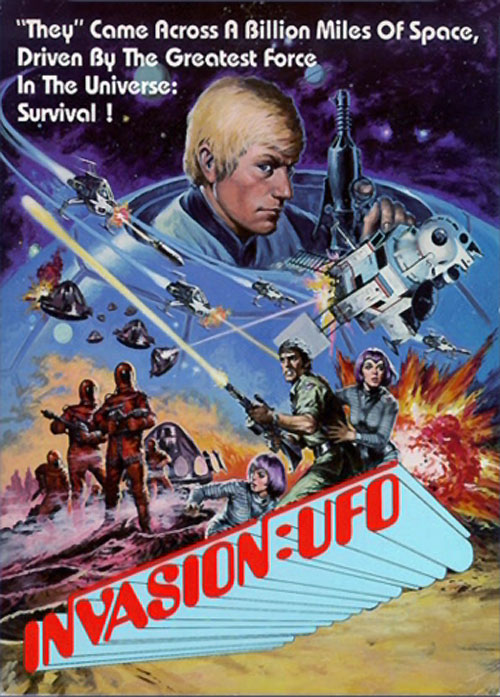 Over the past few months, I’ve been watching Gerry Anderson’s UFO, a neat little science fiction series that aired from 1970 to 1973. This was Gerry Anderson’s first foray into a live action television series. Previous efforts involved puppet shows such as Thunderbirds and Stingray. One of the advantages of working on those puppet shows is the ample expertise with model effects Anderson’s team attained while working on them. On UFO, we get flying spaceships, a moon base, and even an underwater submarine. I’m sure audiences back in 1970 would have been wowed by special effects more akin to 2001 A Space Odyssey than the limited scope shown on the original Star Trek or Doctor Who.

What’s the show about? In the not too distant future, the governments of the world become aware that aliens from outer space are abducting human beings for sinister purposes. The United Nations sets up a secret organization called SHADO (Supreme Headquarters Alien Defense Organization) in order to avoid widespread panic among the populace. The show takes place in a retro-futuristic future 1980s where people actually have a better sense of style than the real 1980s. Check out the ladies with the purple hair. 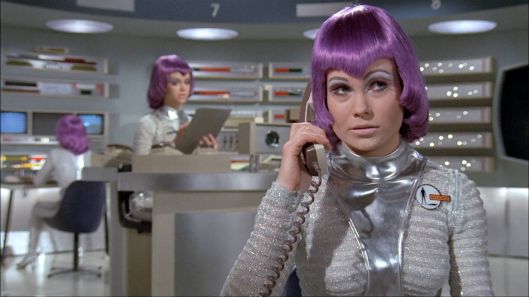 Col. Edward Straker (Ed Bishop) runs SHADO while he pretends to run a movie studio by day. In fact, SHADO operates from an underground bunker beneath the studio. Those are like my two dream jobs: movie producer and planet Earth defender. Other rotating members of SHADO are a who’s who of character actors from British and European cinema of the 1970s. I saw some of my Gialli and Hammer Horror regulars make an appearance on this show. Stephanie Beacham even guest-starred. 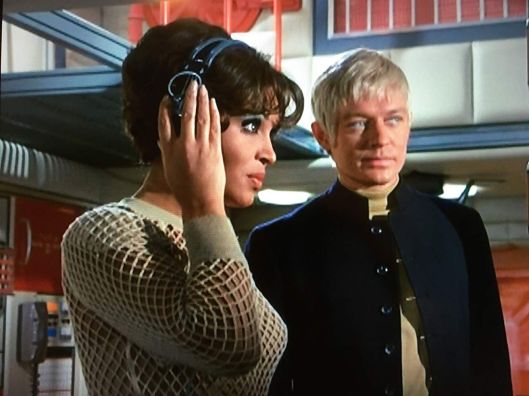 This is an episodic series at its core so don’t expect too much progress on the fight between SHADO and this alien race. We do find out in the first episode that the aliens are harvesting human organs to keep their own race alive. They are a dying and infertile race due to years of their polluting their planet’s environment. One episode revolves around the aliens turning regular human beings into killing machines by altering their body chemistry. Another favorite of mine involves a madman using time travel technology given to him by the aliens, allowing him to freeze time and capture Col. Straker.

I’m nearing the final episodes of this show and I doubt I’ll get any closure, but closure is overrated. It’s enough that I get to see spaceships blowing up those spinning UFOs. Gerry Anderson had planned to follow up to this series and that eventually became the show we now know as Space 1999. I look forward to tackling that one some day.