Comics Are Trying to Break Your Heart #130 by Drew Barth

A Question With No Name

Last week, I talked about Wonder Woman: Dead Earth, DC’s large-scale Black Label books, and the impact those books have had on DC’s new label so far. But Dead Earth was only one piece of the broader series of books. What launched just a couple weeks before was an examination of another character and the different facades they have been given over the decades. The Question: The Deaths of Vic Sage by Jeff Lemire, Denys Cowan, Bill Sienkiewicz, and Chris Sotomayor takes the titular Question and begins to play with his history—from his start in Hub City to the evil that has been lurking somewhere behind him for decades. 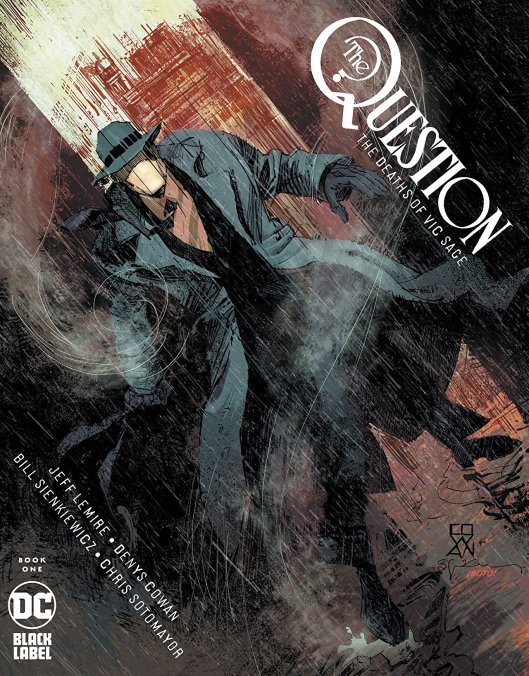 The Question as a character has always lent itself well to the odder mysteries—the hard boiled with a tinge of the supernatural and super heroic. And this tradition continues with The Deaths of Vic Sageas we have the man with no face going against the Beast with One Thousand Faces across history. Things start relatively simple: busting a corrupt police chief in an underage brothel and broadcasting that to the entirety of Hub City. But then Vic Sage starts seeing things. Single panels that hint at something else buzzing just beyond his memory. His oldest friend, Aristotle, knows nothing. But his former master, Richard Dragon, is able to push Sage into former lives that open up his perception of both himself as The Question and the evil that has been percolating throughout Hub City since its inception. 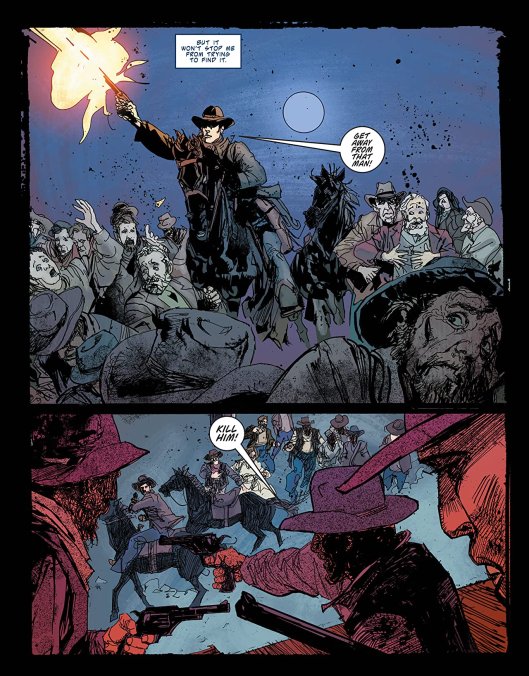 What really makes The Deaths of Vic Sage all the more fascinating is the fact that it feels as though it picks up right from the ending of the Denny O’Neil and Denys Cowan The Question series in the late 80s. And, as this series was completed when it was announced that Denny O’Neil himself had died, it acts as a fitting tribute to the late creator as well. There is much in The Deaths of Vic Sage that continues that tradition of classic DC storytelling—the revitalization of older characters, the creation of new villains, and a commitment to pushing forward how one could see comics storytelling. What Lemire, Cowan, Sienkiewicz, and Sotomayor have created here, then, is a story that exists both in the past and present. A character like Vic Sage and The Question can exist at any point in time, as the story proves, but it’s that unceasing quest for the truth that makes him all the more relevant now.

Much like Dead Earth, The Deaths of Vic Sage is reminiscent of classic DC blue-sky thinking. This is the same kind of thinking that brought us series like Solo, Wednesday Comics, and the original Batman: Black and White. It’s hard to overstate how something as simple as changing the dimensions of a comic can lend itself to be read with a different kind of reverence—the stories feel like something special as a result. And there’s an Other Story as well that feels just as special.

Get excited. Get questioning.