Comics Are Trying to Break Your Heart #147 by Drew Barth

I’ve been reading comics for a bit—I think I started sometime around 2006—and while that isn’t as long as many other people, I’ve still be around long enough to see the different eras and trends emerge in that time. Among the superhero events and the long-running Vertigo series coming to different closes, there was always an undercurrent of smaller, independent publishers putting out work that never fit into the big two. Those kinds of publishers always existed in some way, but it feels like an explosion of work was just starting in the mid-2000s. And one of the products of that explosion was Tales of Woodsman Pete by Lilli Carré. 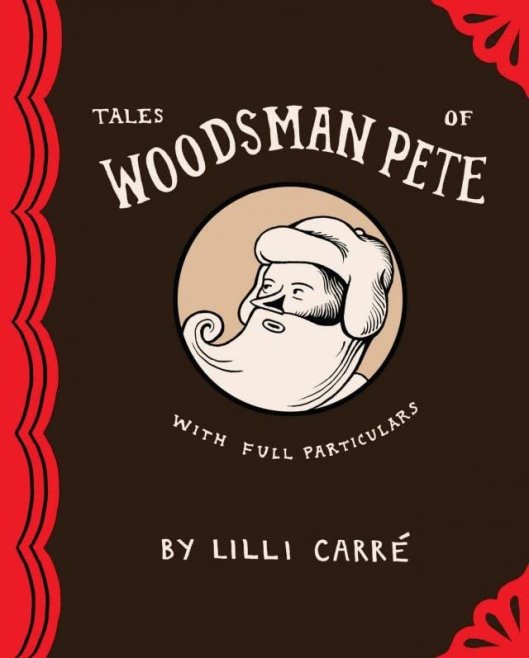 Tales of Woodsman Pete is exactly what it says on the tin: tales told by the titular Pete. These can be anything from the ruminations on where he lives or stories about Paul Bunyan and Babe. Every story has a distinct feeling to it, as though you were sitting down on Pete’s bearskin run, Philippe, and listening to them live. The stories meander, but come and go quickly—many of these stories are only a page long with a dozen or so panels. But their brevity is what works best throughout this series of shorts. Carré is able to craft intimacy in a series of stories of Pete trimming his beard, gathering flowers, or telling how the ocean was formed. Even the stories of Paul Bunyan and Babe are relatively small and intimate in relation to Paul’s own size. 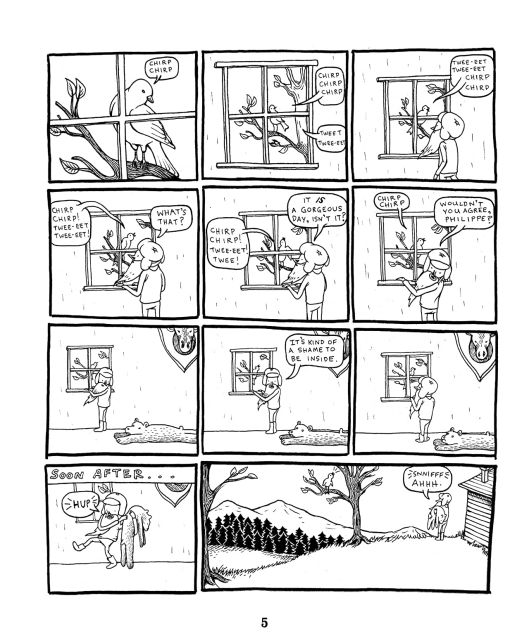 Where Carré really excels here is in the creation of a continual mood and atmosphere. This is a slice of life comic, but it’s a slice of a life we’re likely never going to be—the hermit living in the woods that talks to inanimate objects and tells them his stories. The whimsy here is palpable, but there’s this streak of sadness that underpins most of the stories. Paul Bunyan wants to live a normal life, or at least be perceived as normal; Pete can’t remember exactly how his wife died; Pete gathers flowers to toss down his well for his wife, as if she was down there. These can be moments of just odd people being odd, but they highlight how a life of isolation and loneliness can warp how we look at the world around us. 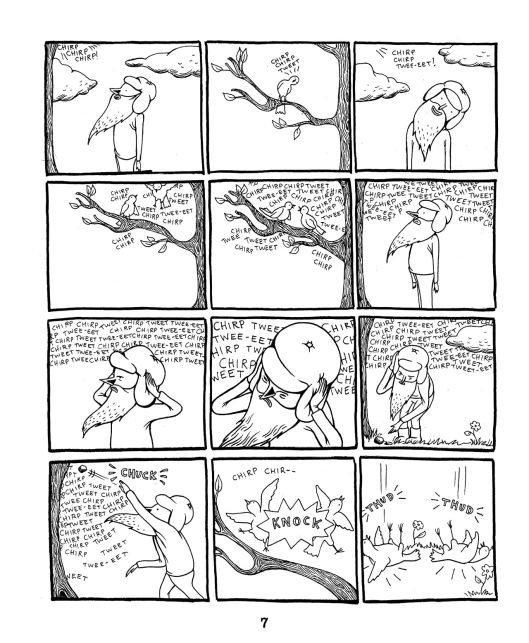 A graphic novel like Tales of Woodsman Pete is one of those pieces that reminds us how comics have both changed and remained the same over the past fifteen years. Woodsman Pete can feel like it fits squarely in the whimsy of the mid-2000s, but still has a vibrant narrative that fits into almost any era. It’s a testament to Carré’s skills as an illustrator and storyteller that a graphic novel like this can resonate so well after so long.

Get excited. Get telling tales. 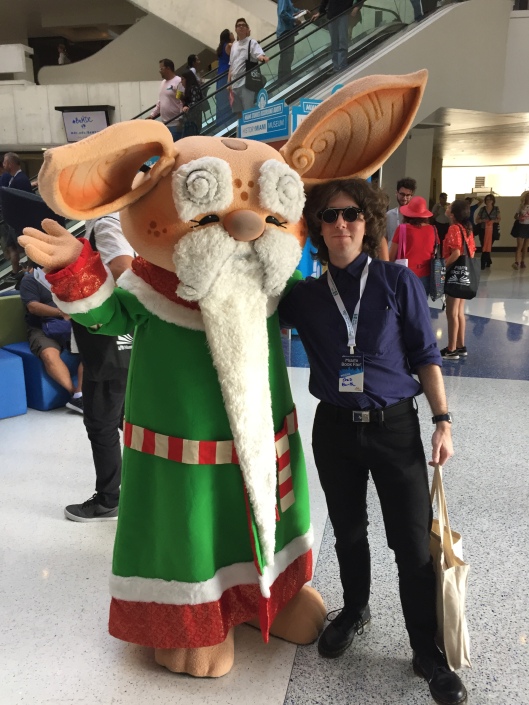