Comics Are Trying to Break Your Heart #159 by Drew Barth

I’ve written in the past about influential manga finally getting official English translations and how this is broadening our understanding of how comics work globally. Many of these alternative manga were the touchstones of the medium at the time of publication. And it is work like The Sky is Blue with a Single Cloud by Kuniko Tsurita that have done so much for the alternative manga scene in the 60s and 70s that would come to define what manga could do at that time in history. 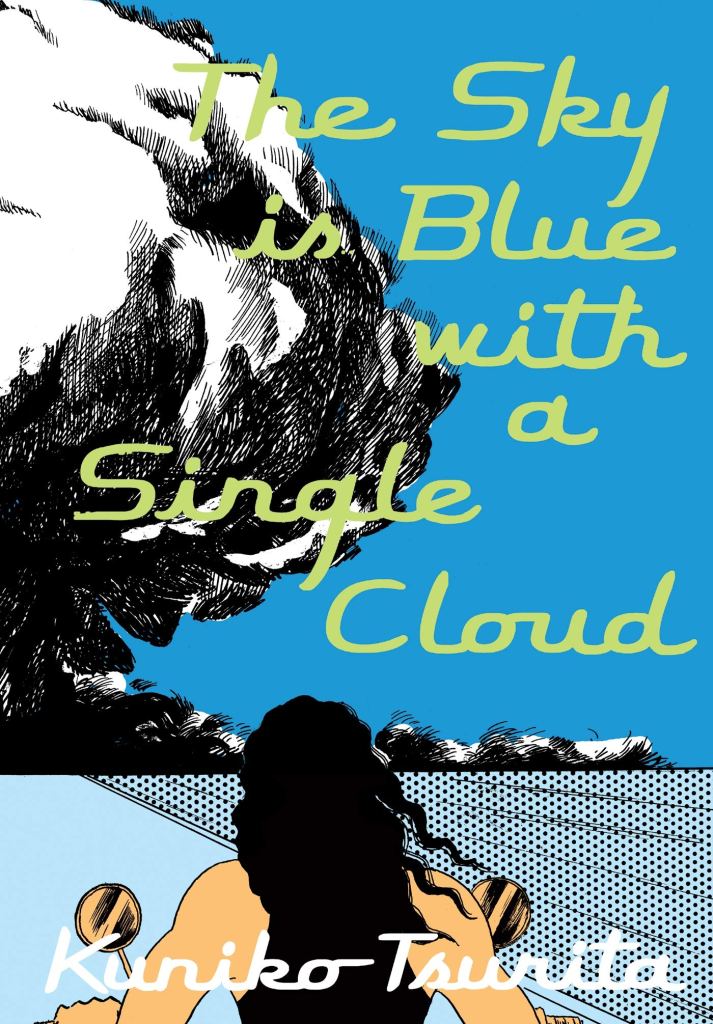 A collection of short stories collected from Tsurita’s career, The Sky is Blue with a Single Cloud shows not only an array of Tsurita’s skills as an illustrator, it also showcases her development as a manga creator over the course of fifteen years. From her earliest stories, like “Nonsense” and “Woman,” both published in legendary alternative manga magazine Garo when she was eighteen, we first see her fascination with life, death, and the idea of succumbing to a cyclical fate. But it is the story “Anti” that Tsurita’s look at death begins to crystallize. In this story, we follow a filmmaker shooting footage of an active volcano before spotting a man struggling to climb out of the vent. The filmmaker does nothing as the man falls and uses the footage he’s shot as the climax of his own experimental film. The laughter following his showing the film to friends after they ask if the man falling was an effect is as haunting as any horror comic since. 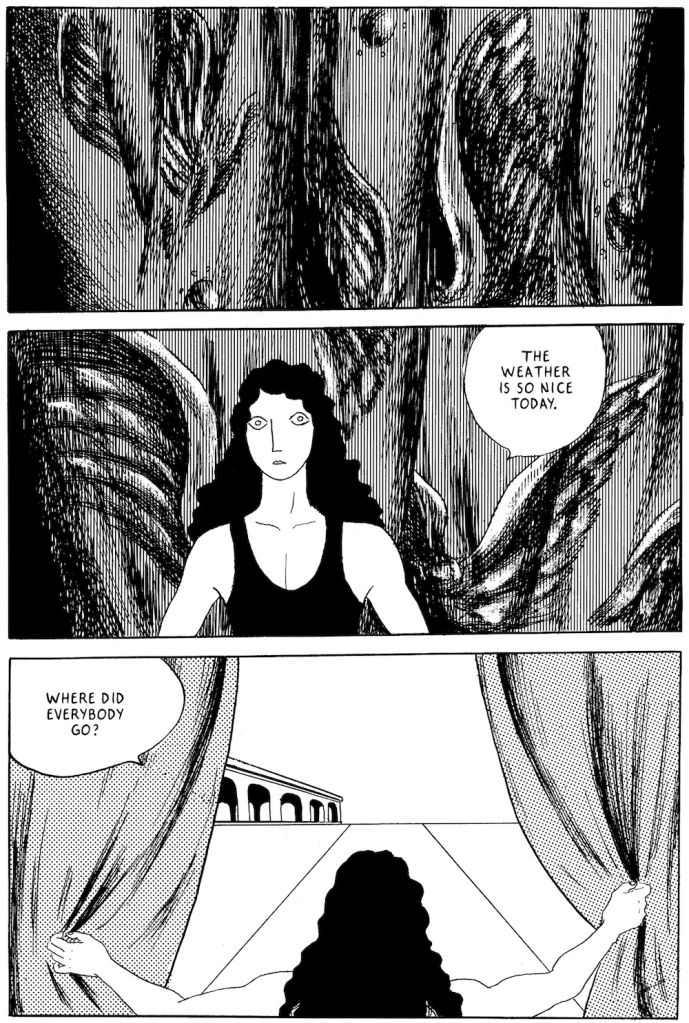 The titular “The Sky is Blue with a Single Cloud” is one of the shortest pieces, but it’s striking conclusion, shown as the collection’s cover, is representative of Tsurita herself—heading straight toward a defined oblivion. Her own failing health would remain a constant in much of her work in the later 70s and early 80s. The final story in the collection, “Flight,” is about a woman and her fiance as he disappears in a sudden storm on a flight back to her. The story’s lighter ending still touches on the hope of something after death—even if you are never able to see your loved ones again, you may still leave a piece of yourself for them to hold onto. 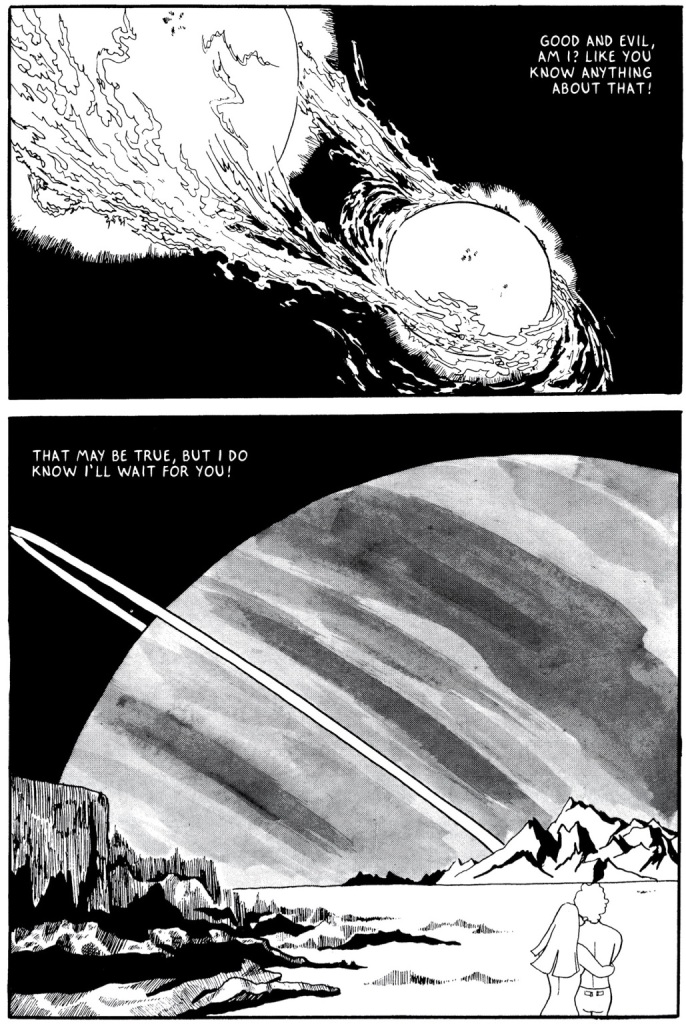 Drawn & Quarterly helping to bring these manga to an English-speaking audience only helps to make comics a better place. Tsurita’s work in The Sky is Blue with a Single Cloud is the kind of work that sticks to your bones. It reminds you of your own mortality without falling into despair. There is sadness—there will always be sadness—but to confront that sadness and embrace it is human nature. We can see the end of things on the horizon, but we ride to it together regardless.

Get excited. Get riding.