The Curator of Schlock #60 by Jeff Shuster

I have a passing familiarity with Nathaniel Hawthorne, and by passing familiarity, I’m referring to time I read the first couple of chapters of The House of the Seven Gables in my 8th grade English class. I remember there was a big to do about a character from the novel that would dip his biscuits in salt water. I seem to recall the biscuit dipping taking up the majority of our discussion of The House of the Seven Gables. I never did finish that book, but that’s okay since it’s one of the three stories in Nathaniel Hawthorne’s Twice-Told Tales from director Sidney Salkow. Now there have been some unspeakable Hollywood adaptations of Hawthorne’s work before (The Scarlet Letter with Demi Moore comes to mind), but I have faith that Sidney Salkow and a little-known actor named Vincent Price will make this worth our time.

The first twice-told tale is called “Dr. Heidegger’s Experiment,” but don’t get your hopes up. It’s not about some mad scientist creating unnatural things in a lab. 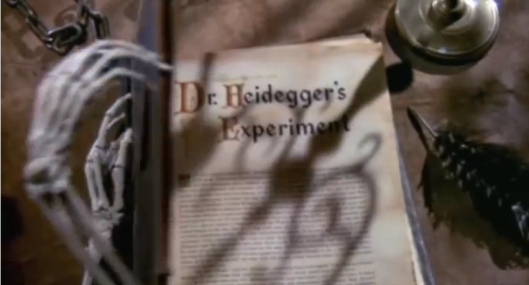 The twice-told tale begins with narration by Vincent Price where he talks about death and dying and mother nature, or something to that effect. I hate it when narrators share pearls of wisdom with the audience. I just want them to get to the story already. My time is valuable.

Anyway, the story is about a couple of old bachelors named Dr. Heidegger (Sebastian Cabot) and Alex (Vincent Price). It’s Dr. Heidegger’s birthday and the two of them are partying down. Alex compliments Dr. Heidegger on his “excellent Port,” but then criticizes Dr. Heidegger for never taking a wife and wasting his life. It is revealed through some expository dialogue that he had a fiancé named Sylvia that dropped dead on his wedding day, and that she now resides in the family crypt.

A lighting bolt blows off the door to mausoleum. Dr. Heidegger and Alex go to inspect the damage. They’re astonished to find the corpse of Sylvia in perfect condition. Apparently, there’s a leak of “fountain of youth” water that can reverse aging and even bring the dead back to life.

They drink the water and become young again, Dr. Heidegger brings Sylvia back from the dead, and then everything goes horribly wrong as expected.

The next twice-told tale is called “Rappaccini’s Daughter,” and it’s about a poisonous plant lady named Beatrice (Joyce Taylor). Giacomo Rappaccini (Vincent Price) is her father who tends to a deadly purple plant. They have a neighbor named Giovanni (Brett Halsey) who makes googly eyes at Beatrice from a balcony overlooking the Rappaccini garden. I guess there’s a bit of that star-crossed lovers thing going on here. Beatrice is forbidden contact with anyone from the outside world, but that doesn’t stop Giovanni from paying her a surprise visit in person. It is then he learns that her touch poisonous like that of the purple plant. Will Beatrice and Giovanni figure out a way to be with each other? Will Vincent Price fall into a poisonous plant and die a horrible death? You’ll just have to find out for yourself.

The final twice-told tale is “The House of the Seven Gables,” and I was disappointed to learn that there was no mention of biscuit dipping of any kind in this adaptation. Fail!

Anyway, this story was kind of hard to follow. Vincent Price plays Gerald Pyncheon shows up to the House of the Seven Gables with his wife Alice (Beverly Garland). 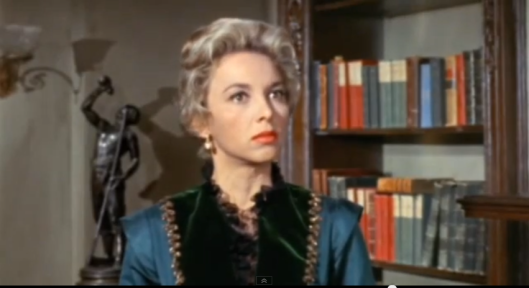 Gerald’s sister Hannah (Jacqueline deWit) tells them that house is cursed and that all of the male heirs die a horrible death in the same blood stained chair year after year. 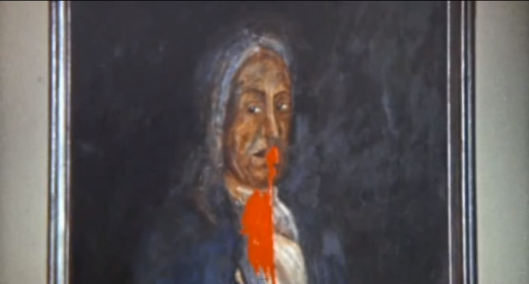 The house is apparently haunted by a ghost of a man that Gerald’s ancestor betrayed and murdered years ago. Gerald is trying to negotiate a deal with that man’s descendent, Jonathan Maulle(Richard Denning). Gerald needs find out the secret location of a vault that contains some valuable documents. Jonathan refuses to help Gerald because he hates the Pyncheon family for what they did to his ancestor. Jonathan and Alice make googly eyes at each other, and make out for a bit. Gerald drives a pickaxe into his sister’s head, and eventually gets choked to death by a skeletal hand. The house collapses in on itself. The end. I’m sure it was a faithful adaptation other than the biscuit omission.

Jeffrey Shuster (episode 47, episode 102) is an MFA candidate and instructor at the University of Central Florida