The Golden Age That Never Was 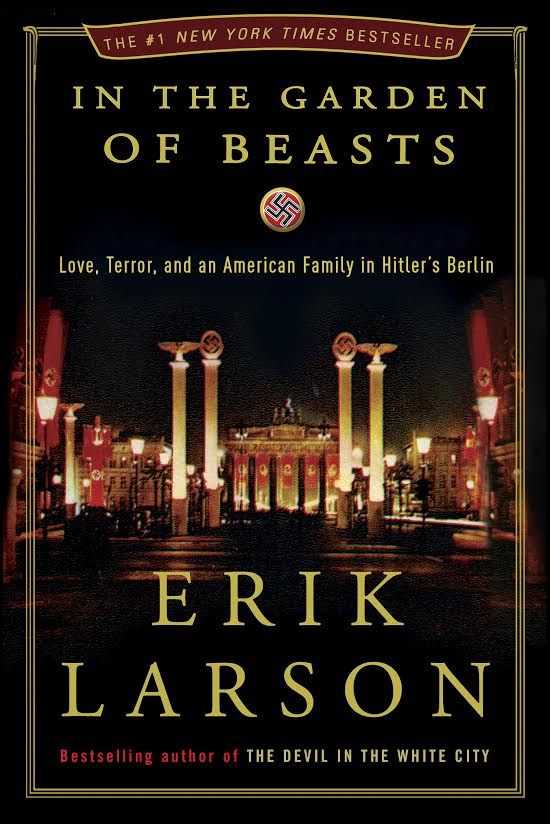 Last week, I finished reading Erik Larson’s In the Garden of Beasts: Love, Terror, and an American Family in Hitler’s Berlin, which is about the U.S. ambassador to Germany and his family in the 1930s. Throughout the book, Hitler and his men beat, imprison, and kill, while Americans refuse to stand up to the madman. Germany owed the United States a lot of money following World War I so the American government couldn’t make Hitler angry. At one point, President Roosevelt and other government officials attempt to put a stop to mock trials Jewish organizations were going to hold for Hitler in New York and Chicago. They succeeded in stopping the one in Chicago. Moments like that were the most interesting parts of the book.

I’ve heard it said before (and I’ve been one to say it) that World War II is the closest to a comic book war. On one side is Hitler and his cronies, beings of pure evil, and on the other side the Allied forces, good men and women from across the world fighting for freedom. But that’s not entirely true. Hitler was appointed chancellor in 1933 and he gained full power when President Hindenburg died in August 1934. But the United States didn’t get involved until after Pearl Harbor on December 7, 1941. And, even then, the U.S. didn’t declare war on Germany, only Japan. Hitler had to declare was on the United States a few days later for Americans to fight in Europe. It’s a nice thought to think of America, my home country, as the defender of freedom, defender of the weak. But, at the end of the day, that’s bullshit.

It was the same in World War I. The United States fought Germany then because German submarines kept sinking cruise liners (the latest being the Lusitania) with American passengers. Although, what’s been forgotten is that the United States was selling ammunitions to the British and the RMS Lusitania was carrying small-arms ammunitions at the time it was attacked. The United States is still the same today. We have problems at home and we should concentrate on Americans. That’s what people say. I don’t know. I don’t agree with that, but that’s a topic for a different type of blog. 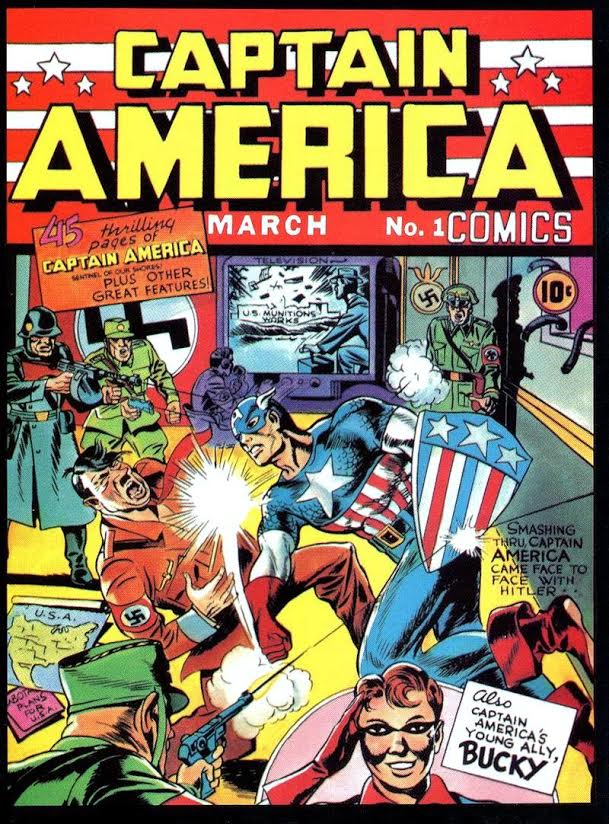 I don’t know what it is that makes us look back so fondly and make the past better than it was. Maybe it’s a simple case of history is written by the winners. Maybe it’s us today trying to rationalize when we mess up or fail to act. “Well, it’s not as simple as it used to be.” “We don’t know who the enemy is anymore.” “Things are more complicated today, due to…computers, or the economy, or…kids and their short attention spans.” Whatever. Let’s just accept that we’re bad people. That someone is bad, not because he or she does bad things, but because he or she doesn’t do good things.

We need someone like Captain America to remind us of that. Our man out of time. In Captain America: Dead Men Running #3, Sergeant Solo, in the ruins of an attack from the cocaine mafia, yells at the super soldier. “Take a look around, Captain! We don’t live in a black-and-white movie anymore! It might’ve been easy to do the right thing back in your times, but this is a different world! A hard one!” 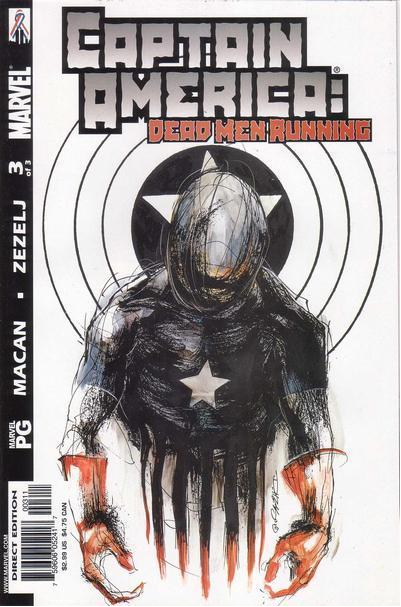 Captain America can put him straight. He lived through the war. He tells the sergeant about arresting an American soldier for raping old women and about an officer who shot prisoners in the stomach to watch them die slow. It’s a choice. It doesn’t matter the time period. People can choice to be good or to be assholes.

Sergeant Solo makes the right choice in the end. Not for him or for the other soldiers. Captain America takes the kids and the remaining nuns and hits the road. The soldiers who started this mess stay behind. They’ll fight the mafia. They’ll die. But the kids and nuns will be safe.

In the second issue, Sore went on about how his grandfather beat him for not being Captain America. Here, at the end of the road, he wears Captain America’s mask as he fights the mafia. He does some damage. But, it’s not enough. The mafia cut him to pieces. And that’s the end. The other soldiers are as good as dead. But we don’t see it. Like the sergeant has been saying since the first line of the first issue, they are dead. The sergeant earlier thinks he can do bad things because it won’t matter once he’s dead. And he knows Captain America’s response. “It’s no excuse.” The soldiers finally stand up for something beyond themselves. That’s what Captain America can do. He doesn’t fight anyone this issue. There’s no need. He can get people to fight for themselves.

1 thought on “Heroes Never Rust #61: The Golden Age That Never Was”