The Curator of Schlock #77 by Jeff Shuster

Franco Nero is ABOVE THE LAW!!! 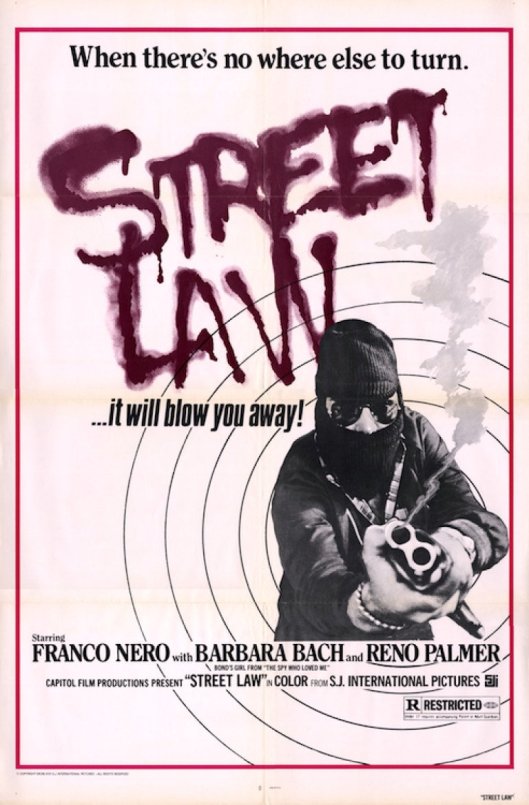 Okay. Back to Vigilante Month: International Edition. This week our journey around the world brings us to Italy, a country that was plagued with more street crime in the 1970s than New York City, if the cinema has anything to say about it. 1974’s Street Law from director Enzo Castellari begins with a bunch street punks breaking into some guy’s apartment. They steal some trinkets, break some lamps and picture frames, start a bonfire in his living room. They start a bonfire in his living room! What is wrong with people? What’s next? Tear the plumbing out and write obscenities on the walls with feces?

The credits come on and we’re treated to various scenes of mayhem and maliciousness. Some dude’s purse gets snatched by a couple of bikers. A guy smashes a department store window with a tire iron and steals a mink coat in broad daylight. He runs away to his getaway car only to be pursued by the store manager who tries to stop the car by standing in front of it. A couple of guys get robbed and shot in the street. Another couple of guys get shot in the street, but they don’t get robbed. It’s all a very bloody affair, and we’re not even at the 5-minute mark.

Enter Carlo Antonelli (Franco Nero), an average Italian citizen ready to deposit a few million lira at the local bank. No sooner does he start forking over the money to the teller that group of violent bank robbers enters the premises. 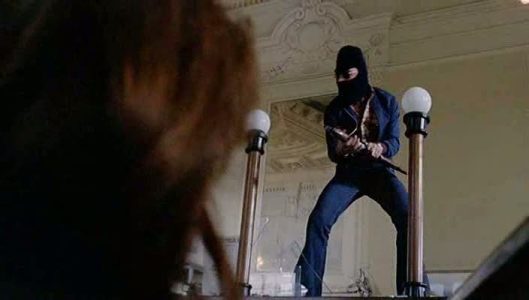 They start hitting patrons with the butts of their sawed-offs, knocking down Catholic monks and guys with crutches. Carlo decides to grab his money, which leads to some punching and kicking, the teller sounds the alarms, and off the robbers go with Carlo in tow. They get to their getaway car, remove their ski masks, and start beating up poor Carlo as they evade the police and run over random pedestrians. One of the robbers yells,  “What the shit were you trying to do, be a hero?”

We get a Lupin style chase scene with police car after police car crashing as they try to catch up to the robbers. The robbers make their way to the docks, open a crate, and drive away in another car they had stored in a crate. I’m impressed!

The police arrive to find a bruised a battered Carlo. They yell at him for provoking the robbers, and explain that robberies happen all of the time so he’d better get used to it. Carlo has a girlfriend named Barbara played by Barbara Bach (of Island of the Fisherman fame). 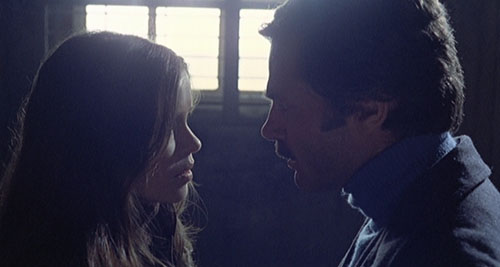 Carlo explains to her that he’s going to find those robbers and kill them. One might say he has a death wish.

Director Enzo Castellari insists that Street Law was created before Death Wish. It’s difficult to tell since both movies came out in 1974. Maybe Enzo Castellari and Michael Winner were both tapping the zeitgeist. I’m not going to argue as to which is the better film. Actually, Franco Nero sports a boss mustache that puts Bronson’s to shame. Street Law wins!

7 Things I Learned from Street Law