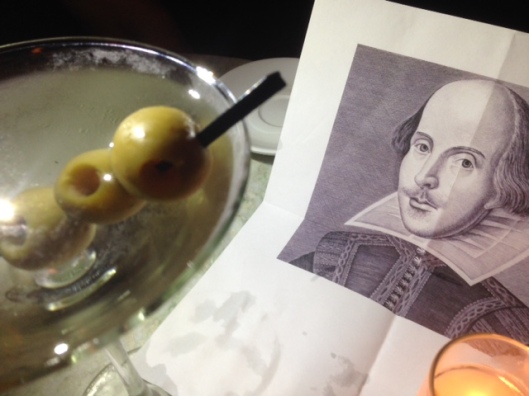 I’m supposed to come up with some final thoughts about Shakespeare after my long trek through the plays, but I keep thinking about his books. I recently stumbled on a Times article from 2005 in which the author flogs the old idea that Shakespeare couldn’t have written his plays because he left no books in his will. There are several things wrong with this assumption, beginning with the question of whether Shakespeare actually owned the books he used; but it suddenly occurred to me that all the anti-Shakespearean arguments based on what’s in the plays—he must have owned tons of books; he must have been trained in law; he must have been a nobleman; he must have gone to sea—evade the central mystery of the work, which is a mind so preternaturally absorptive that it saw, heard, sensed all; everything was material to be captured and pinned down in words. It begins to feel relentless and insatiable, this will to absorb the world and put it in words.

This may be why Shakespeare still feels like one of us, even though logic tells us that he’s not. It’s as if he’s constantly striving to see past the filter of country, time, and culture to the thing itself, and as a result, for sudden, thrilling moments, he helps us see past our own filters. The other night I saw Cymbeline in the Park. The sexual politics of Cymbeline are alien to us, but Imogen’s intelligent despair is not.

Which makes me think that it’s not just the thing itself that he captures, but some kind of ideal of what it is to be human. Last week I saw Ubu Roi. I wrote in my notebook that it’s what you would get if you stripped Shakespeare of any notion of the basic dignity of the human endeavor. Not such a bad play to produce teetering on the verge (1896) of the twentieth century. But the humanist ideal dies hard, and if we keep returning to Shakespeare, it’s because he tells us that even our madness has meaning. Our sorrows are deep and often of our own making, but they’re woven into the fabric of the world and resonate in its reaches. As are our joys.

One reason Shakespeare is a touchstone for writers is that we all do some version of his grab and capture. We try to get the world in words. We do it with joy and conviction when we’re young—a clever satisfaction in the neatness of the trick—and with increasing befuddlement, perhaps desperation as we get older. The world eludes us; the project of capturing it becomes harder, the usefulness of the project more suspect. We use thornier sentences to capture a human meaning that becomes more and more elusive.

You can sense this happening to Shakespeare as he gets older. The language becomes denser, the images knottier, his faith in the dignity of the human endeavor shakier. But if you’re a writer you keep trying. As I was writing this, my sister emailed me a wonderful piece about Grace Paley, who says, “[The writer is] like an idealist who marries nearly the same woman over and over. He tries to write with different names and faces, using different professions and labors, other forms to travel the shortest distance to the way things really are.” In my Love’s Labor’s Lost posting, I suggested that Shakespeare is “our greatest poet of the real.” Maybe this is what I meant, that he succeeds more than any of us in leaping that distance to the way things really are. But even he seems to have been driven forward by the maddening inachievability of the task.

He was also a man of the theatre. I began this project in part because I wanted to get at Shakespeare the playwright. Part of the fun of it has been intuiting the ways in which Shakespeare’s theatre—so different from ours in so many ways—might have shared, indeed might have provided the first iteration of, certain features of our own: fandom, rivalry, and backbiting; celebrity playwrights and the people who collected their plays; art as an accidental byproduct of a make-or-break business; and even an audience demographic that tilted towards the queer.

It’s also been fun to see Shakespeare develop. To see him go from journeyman to innovator to, in his young old age, a kind of restless experimenter, teasing the boundaries of what theatre can and should do, so that his last plays seem to quietly break and remake the rules. Having just seen Cymbeline I can tell you that the long, closing recognition scene—containing twenty-four separate revelations, my friend told me—shouldn’t work and does. It’s thrilling.

A long time ago, on a grant application, I wrote rather grandiosely that I thought theatre tries to capture the condition of a human being trapped between earth and sky. As a formula it lacks multiplicity—it leaves out not just the range and complexity of Shakespeare’s worlds but the fact that theatre inevitably deals with human beings in relation to each other. But it does capture something about the theatrical space: boards planked above Eurydicean depths; overhead: empty, aspirant air. Between these spaces Shakespeare gave us a bewildering variety of worlds. How is it possible that the same writer gave us A Midsummer Night’s Dream and Coriolanus? King Lear and Taming of the Shrew? And yet you can see that the same mind, the same way of seeing and shaping the world, created them all. No alternate explanation of authorship can crack that riddle. As I say, it’s a mystery. Unless it has something to do with what I’ve been talking about: in each new world a flying, ferocious attempt to give us the world itself.

So my trek through the plays ends here, but Shakespearing doesn’t. John will open it up to other writers, and hopefully I’ll chime in, too, when I’ve got something new on my mind. Thanks for following me on the journey. 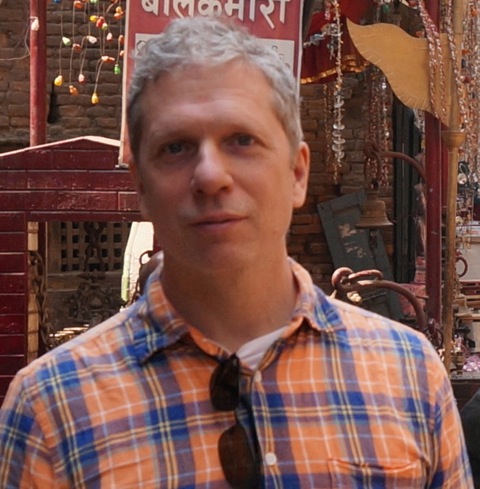 1 thought on “Shakespearing #40: A Reflection”