So Alex asked me for clarification on why last week, I stated that I’d prefer to see the Unwind series as a TV show rather than a set of movies. Also, I learned that a movie is indeed in the works for Unwind. The script is in its final edits and casting calls are behind held as this post is being read.

I’m not stating my preference about visual format because I’m one of those people who prefer the book to the movie. To be fair to movie adaptations, I don’t believe that the source material is always better, because the separate formats call for strengths in different areas. In a book for example, the author can get away with telling the story through lengthy dialogue and exposition. But in a movie, the setting is established in a single shot, and to watch two people have a conversation does not take advantage of the visuals nor pacing. 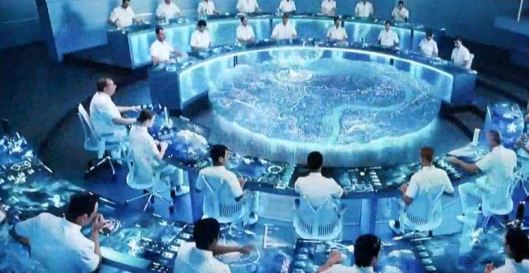 That’s why certain series such as The Hunger Games works well in a converted format. The writing is fast-paced but straight forward, a survival tale told by a narrator that doesn’t mince words. Because Katniss had to keep her family from starving at such a young age, her independence has served as both her asset and short-coming. She does not pause to reflect on her emotions due to so much consistently happening around her, and the few times she does pause, she is quick to pick up the pieces and react in a way that makes a bold statement. In fact, The Hunger Games benefits as a movie at times due to showcasing war and the other characters, which is limited in the book since we’re confined to Katniss’s perspective. We are able to see how the Game Makers create the harrowing obstacles, as well as why Katniss receives gifts from sponsors, all situations that occur outside of the arena she is trapped within. 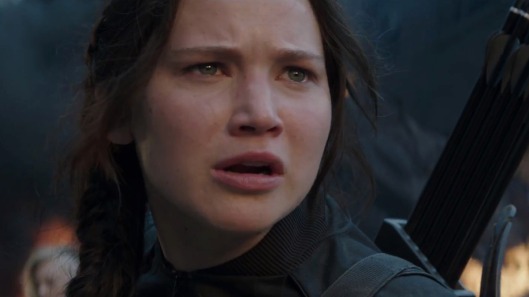 On the other hand, the simplicity of this story would prevent it from being a successful TV series. The complications in the story are due to the Capitol sending wave after wave of obstacles at the characters, keeping them from reconciling past actions because everyone is too damn busy trying to survive. Because of the singular point of view, there is also little development of the other characters and when there is, another character provides this outlook mostly through dialogue to Katniss, who is too goal-oriented to notice much about other people on her own. A lot of extraneous padding was added to the third movie so the final book could stand as two installments. I walked out of the theater of the third movie knowing the sequence of events, but having nothing to add to the complexity of the characters.

Meanwhile, the Unwind series began as a trilogy. But as Neal Shusterman wrote UnSouled, he realized that he was nowhere near his sufficient ending with all ends he had to tie up. The story is more than the characters responding to the plot. All the perspectives belong to fully fleshed out beings who are working for a cause that the reader may not agree with, but can at least be understood. Such interconnectedness beckons a longer running format in order to tell the entire story.

Which brings up another fear that I’m concerned about: narrowing the story to a single perspective. Unwind‘s foundation rests on the pro-life/pro-choice argument, which requires a level of suspension of disbelief to really follow along. I feel like Connor would be the safest story to tell because his story literally becomes a legend in the book. Early on he is dubbed as the “Akron AWOL” by the media because of his outlandish escape involving a highway traffic jam, a hostage, and a tranquilizer. In actuality he’s running for his life, making decisions fueled by adrenaline, not caring to make a scene but to survive. But as Unwind‘s media romanticizes the situation, a movie would find this view the easiest to cash in on.

Although I enjoyed Risa’s perspective, she could be easily omitted due to her character development not being the most obvious. And at least in the first book Lev’s point of view stands as the most controversial. And considering that just this week the University of Central Florida’s library was shut down due to the possibility of a praying Muslim woman assaulting the students, I’m afraid that key points in Lev’s story would deter objectivity.

I’m also concerned about the rating system that a movie format would garner. Because this is YA fiction, of course the target audience would be PG-13. But again, the subject involves dismantling teenagers for parts. I feel like the full psychological implications would be glossed over to keep the rating, especially as the story veers into darker topics such as “Parts Pirates” and grotesque bodily modifications.

Take the Marvel Cinematic Universe and how the stories are told as movies, versus as a Netflix Original Series. I fell in love with Jessica Jones, binge-watching all of season one in a matter of days. The story isn’t just about Jessica solving cases because these aren’t isolated incidents. Early on she comes to realize that there’s a connection between the mysteries and a man by the name of Kilgrave, who is heavily wove into Jessica’s past. 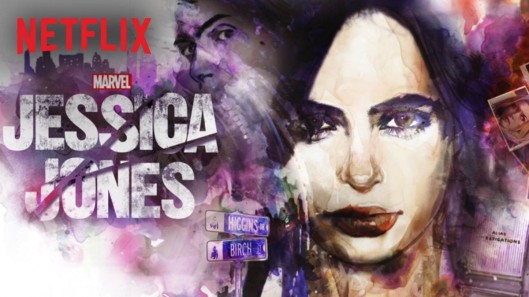 What makes this series so awesome are the psychological layers peeled back and scrutinized involving PTSD, assault, and rape. So often in stories we find characters being mind-controlled – just take a look at The Avengers movie. But while Jessica Jones goes into depth on helplessness, recovery, and the victim-blaming, Hawkeye is the only character in The Avengers to comment on his time as a victim. He summarizes his helplessness in a few sentences before the story continues because there is much more to cover before the movie’s end. I’m sure that Hawkeye still thinks about his time as Loki’s puppet, but without his own film or extra screen time in the other films, the character is on his own.

A topic as heavy-handed as rape can fully exist with all of its complexities in a television series, due to the longer run time as well as the freedom to be viewed outside of a rating. I’m not supporting the idea that younger audiences should watch mature television, but mature television is more accessible to them. Meanwhile, a movie can only allot so much time to an individual belonging to an ensemble cast, which is what the Unwind series has.

I’ll still follow the the Unwind movie updates, but considering the trend of YA series and their movie counterparts, I’m not too optimistic.